10 Questions with Akira Taneichi, Director of BEAMS Planets and B Jirushi Yoshida

10 Questions with Akira Taneichi, Director of BEAMS Planets and B Jirushi Yoshida

We caught up with Akira Taneichi, Director of BEAMS Planets and B Jirushi Yoshida, prior to the launch of the BEAMS 30-day pop-up at kapok Singapore. 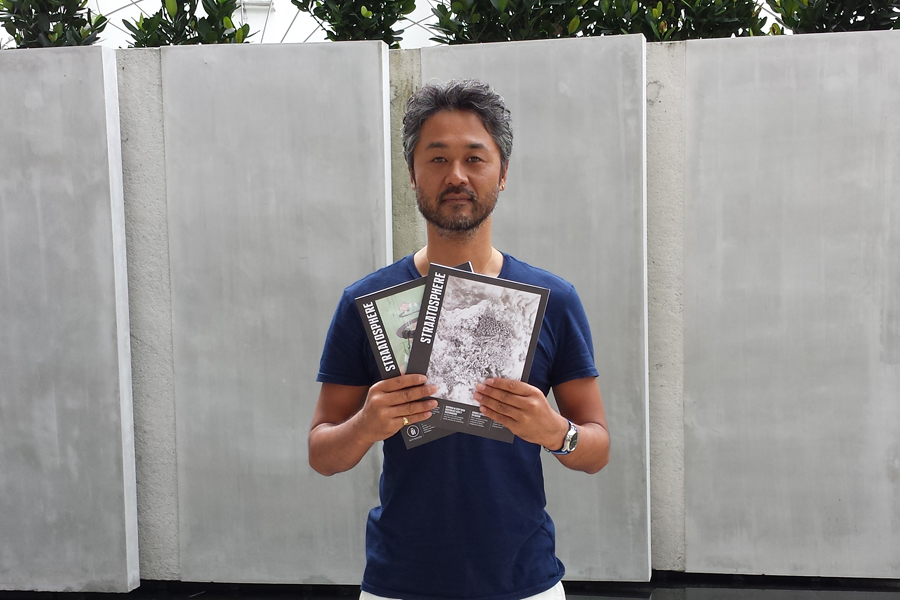 Congrats on the launch of the BEAMS 30-day pop-up store in Singapore. What inspired you to make Singapore one of the pit stops?
I’ve been good friends with Arnault Castel (founder of kapok) for many years. BEAMS has done pop-up stores in Hong Kong more than five times, so when we heard that Arnault has a store here in Singapore, we figured why not try having a pop-up here too.

You have regional stores in HK, Shanghai, Beijing and Taipei. Any thoughts of making Singapore one of BEAMS’ permanent homes?
Yes! Singapore has been one of our target markets and we’ve been feeling the possibility here because the culture and fashion scenes are mature. The economy is also good and we’ve been trying to find the right opportunity, timing and partner to create a permanent store in Singapore in the near future.

The BEAMS x kapok collaboration is definitely a highlight. What was the idea behind the “DO NOT DISTURB PLEASE” slogan?
My first visit to Singapore was a 10-hour transit, so I checked out the area around kapok and noticed that it was surrounded by many good hotels. It reminded me of the “DO NOT DISTURB PLEASE” sign that I once saw in New York and became my inspiration for this collaboration. 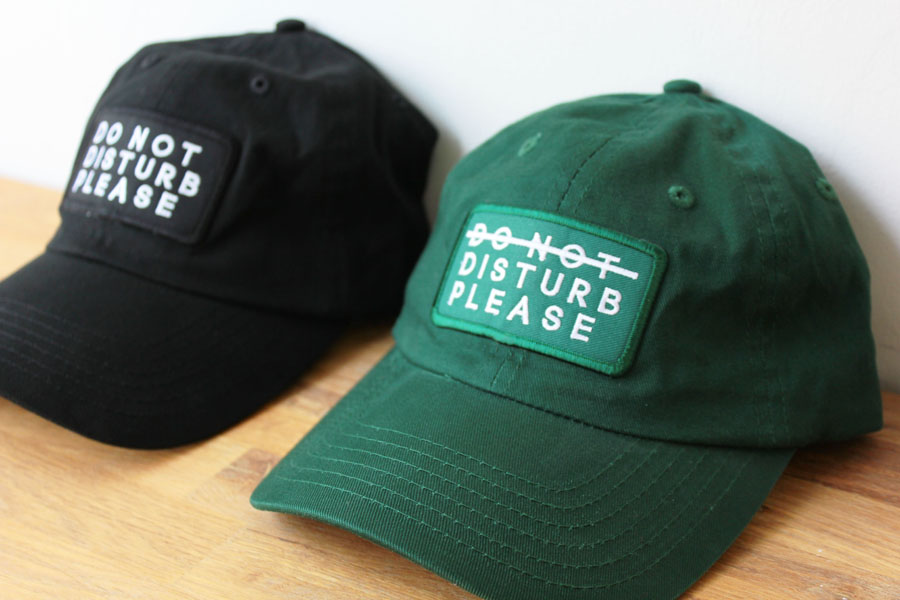 The BEAMS x kapok collaboration features caps (as seen), t-shirts and bags, all bearing the slogan “DO NOT DISTURB PLEASE”

Not many brands have the luxury of maintaining a long-term collab like BEAMS has had with Yoshida Kaban, even turning it into a standalone label, B Jirushi Yoshida. Tell us more about the relationship between BEAMS and Yoshida Kaban and why the two brands gel so well.
BEAMS was the first to introduce Yoshida Kaban as a fashion store. The relationship goes back almost 40 years ago, when BEAMS first started business. Around ten years ago, we realized that there were too many collaborations with Yoshida Kaban in the market. Having many collaborations was good, but people only knew about the trending items of Yoshida Kaban and not the quality and the brand’s background. We wanted to reintroduce those aspects, as well as the craftsmanship that Yoshida Kaban has. So we started B Jirushi Yoshida. We started off with one store in Daikanyama and now we have one more in Narita Airport. The exclusive line is sold at Kansai Airport through the BEAMS Planets store.

What’s the trend for urbanwear in Japan these days?
The mixture of surf and city styles is trending. This style is represented by the wearing of surf shorts, leather shoes and jackets. Basic colors such as grey, white and black are also in.

What inspires you from day to day?
People are my inspiration, which is why I like to travel and meet many different people. With a killer tan and a laidback nature, Akira clearly embodies the surfer’s attitude

Speaking of traveling, which has been the most interesting country you’ve been to?
Basque Country, an area that’s between France and Spain.

What satisfies you most, as director of BEAMS Planets and B Jirushi Yoshida?
The proudest moment is when I can help customers become confident of themselves through our products. 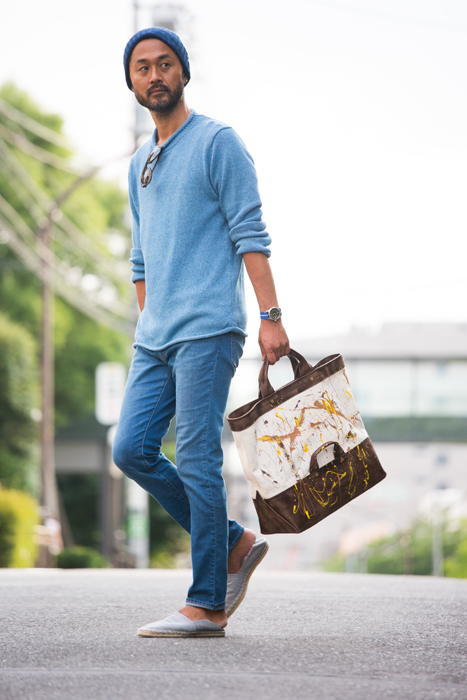 Man on the move: Akira has traveled extensively but his favorite place to visit is the little-known Basque Country

What’s on the agenda for next year?
I’ll be providing direction for a fashion show next year and I’m quite excited about it. There will be an official announcement on the BEAMS website, so look out for it!

Akira Taneichi will be at the launch of the BEAMS pop-up store today, 6th November, from 6-9pm. Pop by kapok Singapore (111 Middle Road) and say hi to him!