If you’ve seen BAKIBAKI’s paintings, you’d find the motifs on his work puzzling yet fascinating. So we took the chance to speak to him when he was in town recently to get the official word on the meaning behind those unique patterns, oh, and that name too. BAKIBAKI and his trademark motif

Osaka-born street artist Kohei Yamao, better known as BAKIBAKI, is known for his murals and live paintings that incorporate his trademark star-shaped motifs. The 36-year-old first decided to be a street artist when he was 20 and it wasn’t long after that he graduated from the Kyoto City University of Art with a Bachelor in Fine Arts. Through the years, BAKIBAKI worked his way up and gained experience by performing live paintings at clubs.

In 2001, he teamed up with fellow artist MON to form the team known as DOPPEL. Together, they have created murals at numerous places both in Japan and around Southeast Asia. In town recently to work on a mural at Kult Gallery as well as a four-way collab with SKLO, Clashes and KA’a for Culture Clash Festival, we took the opportunity to find out more about BAKIBAKI and the meaning behind the signature motifs found on his work. 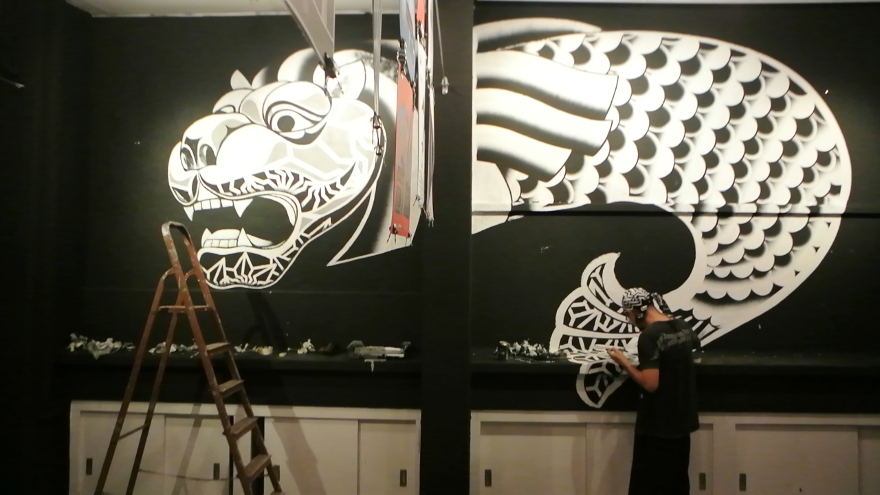 BAKIBAKI’s take on the Merlion, at Kult Gallery

Hi BAKIBAKI. For a start, please tell us the meaning behind your nickname.
Japanese manga often uses onomatopoeia, which are words that imitate sounds made by objects and things. “BAKIBAKI” is the sound made when glass is broken.

What’s the shortest and longest time you’ve spent working on a mural?
The shortest time I took was 15 minutes, and the longest was five days.

And what’s the largest piece of canvas you’ve worked on and what medium did you use?
I worked on a mural that was six meters in width and 10 meters in height, using spray paint and acrylics. 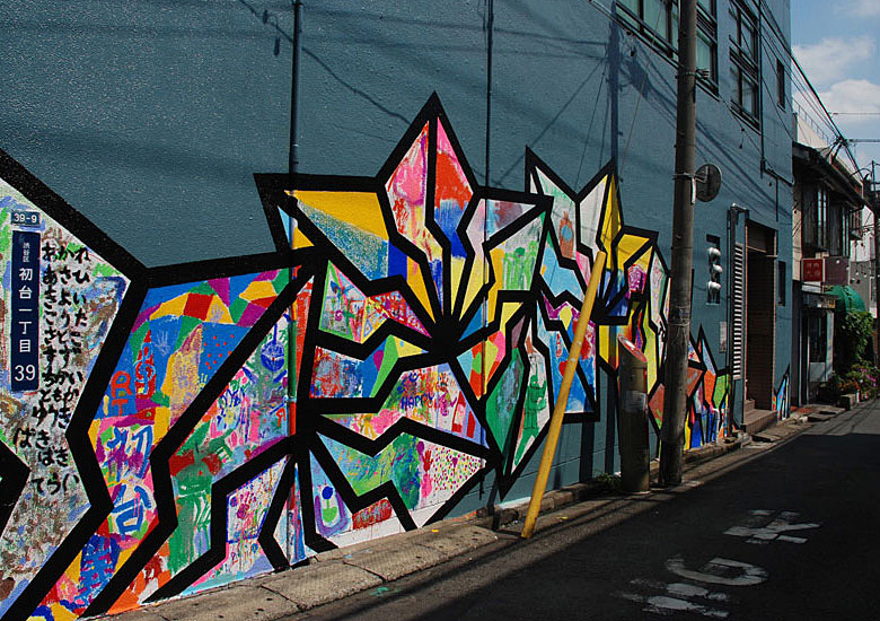 Do you plan your designs beforehand, or are they thought of on the spot as you’re doing the painting?
It corresponds to changes in the environment – the canvas, or who I’m painting with.

What serves as your inspiration?
I am inspired by the flow and energy of people gathered at a specific location and space.

Every piece of your work has a signature pattern. What does the pattern symbolize?
This pattern’s symbol can be freely interpreted, but it’s very similar to traditional Japanese hemp patterns. The use of hemp patterns and motifs is an important part of Japanese culture that’s lost in modern times.

You have worked with many other artists and personalities. What is your most memorable collaboration so far?
A mural in Kyoto that was the result of a collaboration with British artist STIK remains in my memory. The motif was very simple but it was exciting due to the our commitment. Murals that I painted together with local children in Bangkok, Tokyo and Kyoto are also memorable. 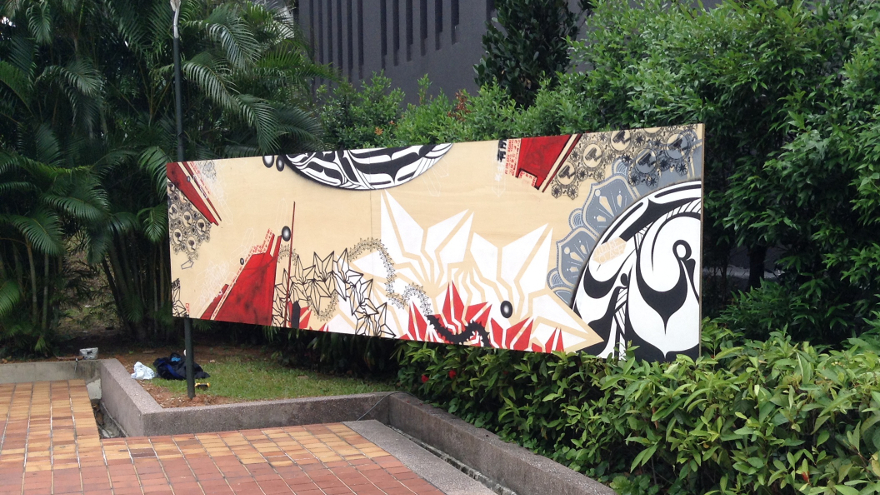 The four-way collaboration with SKLO, Clashes and KA’a, as seen at Culture Clash Festival

Is there any person or company that you dream of working with some day?
I want to design BAKIBAKI patterned black-and-white uniforms for the Japanese national soccer team. The dream is to do it for the Tokyo Olympics in 2020.

If we’re visiting Japan, where would you recommend for us to go to see art?
I’ll recommend the Expo Park in Osaka, where you can see the Tower of the Sun, created by artist Taro Okamoto.

See more of BAKIBAKI’s work on his official website.