We caught up with Lim Aik Leong, Product Design Director for Nike Football, when he was in Singapore to showcase Nike’s latest football boots at Nike Hypersense: The Art & Science of Modern Football exhibition. Singaporean Lim Aik Leong is living the dream as Product Design Director for Nike’s Football division. Based at Nike World Headquarters in Portland, Oregon, Aik Leong’s job includes managing and executing the product creation process for new football boots. He also works closely with elite football athletes like Cristiano Ronaldo and Wayne Rooney to gather feedback and develop innovative products, and even gets to test out prototype boots!

The man’s passion for football is evident, having played for local clubs like the Woodlands Wellington Football Club and represented Singapore in the 2006 ASEAN University Games. Back in town to unveil the new Nike Magista Obra and Mercurial Superfly boots at Hypersense: The Art & Science of Modern Football exhibition, we sat down with Aik Leong to get his word on the development of the Magista boot as well as his working experience in what is arguably the world’s most well-known sportswear company. The Magista Obra is Nike’s first football boot that features Flyknit technology on the upper, and it was unveiled in Singapore through the Nike Hypersense exhibition at the ArtScience Museum

Hi, Aik Leong! Tell us more about new Nike Magista Obra football boot.
The Magista Obra is our first football boot that features Flyknit technology on the upper. This gives it unprecedented fit, feel and control. It’s designed for devastating creativity for the world’s best playmakers. Think Andrés Iniesta and Mario Götze, players who are able to control the game, dictate the pace of play and find the killer pass for the striker to score and lead the team to victory.

Football isn’t always played in beautiful sunshine, which is why we’ve also engineered NikeSkin technology on the upper. It’s thinner than a sheet of paper and combined with the Nike All Conditions Control technology, keeps water out and allows the player to have great ball touch.

From the initial design to final production, how long was the development process of the Magista Obra?
We took more than four years because we had to adapt the Flyknit technology to football. We created more than 100 different prototypes and tested the boots for several hundred hours just to make sure that it’s durable and stands up to the wear and tear of the modern game. At the Nike Hypersense exhibition, Aik Leong also introduced the Nike Mercurial Superfly, another boot made with Flyknit material; Image courtesy of Nike

Which other football players can we expect to see wearing it?
You’ll be seeing players like David Luiz, Thiago Silva, Javier Mascherano and Sergio Busquets wearing the Magista Obra.

During product trials, what are the similarities and differences between what professional and amateur players look out for?
Both groups of players want the same benefits like great touch and ball feel. Obviously their level of play dictates how much more they want out of the product. The main difference is that the pros are very sensitive to what they want. They play at a high level, so they can feel every little bit of difference in the product, even if it helps them by 0.5%. For amateur players, they might or might not be as skillful, but they still want the same level of benefits, that is, a great touch and better traction. 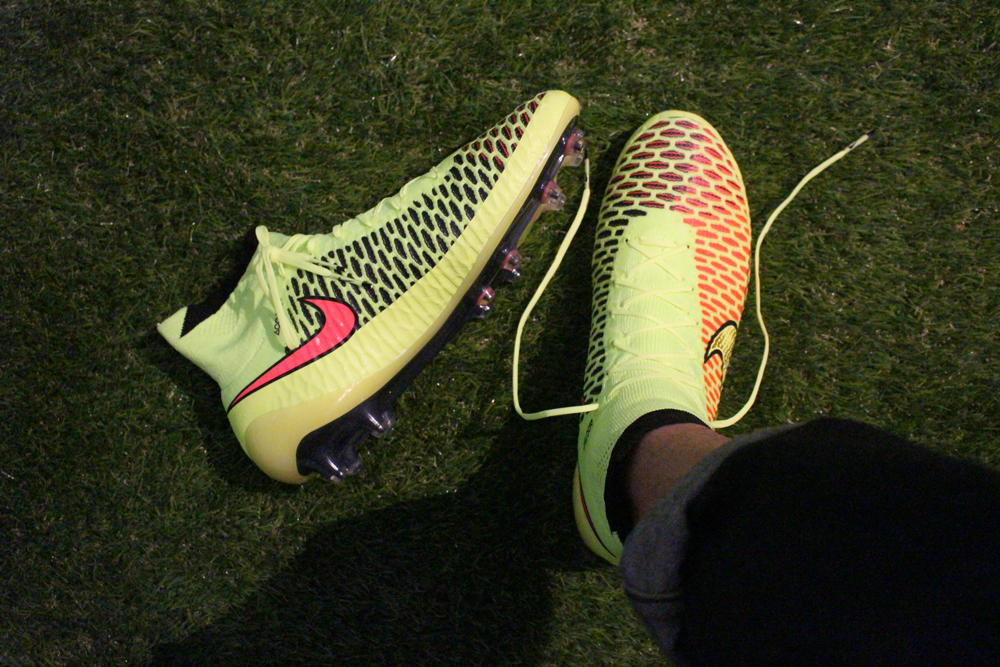 Just like other shoes that implement Flyknit material as the upper, the Magista Obra aims to provide comfort and a good fit

Are football boots designed with the player’s position in mind?
We’re not really making boots specifically for positions. After talking to players, we realized that it’s more about playing styles. You can be fast and skillful even if you are a defender. Speed is not just for the striker anymore. In the past, yes, there were defenders who were not as skillful and simply “pumped” the ball up the field; that’s very position-centric. But now, the game has evolved so much and become faster; players are also more technically superior. We are designing boots based on the specific style of play.

How has your background as a football player influenced the product creation process?
I think it really helps a lot because during discussions with the players, I understand what they’re talking about and what they want in a product. When they tell me specific stuff, I can relate to it because I play the game myself. I can ask further, in-depth questions and try to bring them to what they really want out of us (the design team). 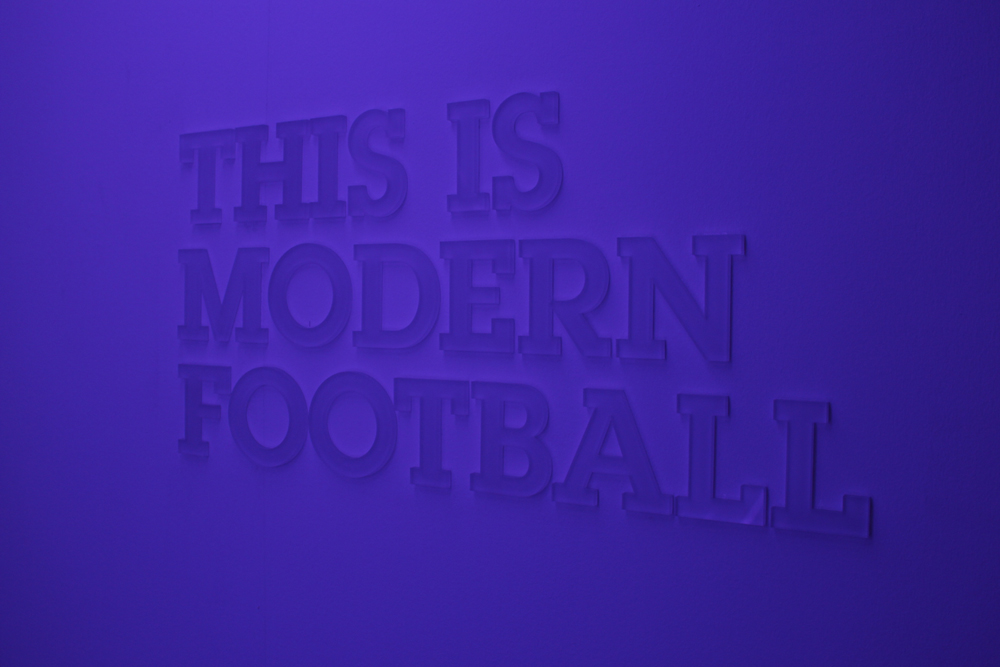 According to Aik Leong, modern football has evolved to become a faster game with players that are also more technically superior

What’s the experience like working alongside Nike’s elites like Tinker Hatfield?
Working alongside them is very inspirational. Those are the people that you can say changed the footwear industry. They designed the Jordan shoes, the Air Max shoes, the Lunar stuff that you see now, Flyknit technology and everything else. They are visionaries who don’t just spot trends but are the ones creating trends in the market.

With such a busy schedule, do you still get to play football very often?
Yes, actually. We have a large group of employees that actually play during lunchtime. Nike promotes the culture of sports so throughout the day you can always see people working out. Get yourself in the mood for the World Cup early by visiting the Nike Hypersense exhibition which explores the art and science of the beautiful game; Image courtesy of Nike

How often do you come back to Singapore?
I try to come back once a year to visit friends and family. But if there’s any work-related stuff such as this event, I’ll be back as well.

Lastly, which team are you gunning for this World Cup?
All Nike teams (laughs). I started watching in 1994 when Brazil won the World Cup, so they have a special place in my heart.

Hypersense: The Art & Science of Modern Football exhibition is on from now till 18th May 2014, 10am – 7pm daily at ArtScience Museum. Admission is free.