With four straight wins to his name, Eddie Ng is one of the top lightweight Mixed Martial Arts (MMA) fighters in ONE FC. We find out more about him ahead of his upcoming fight at ONE FC: Honor & Glory. 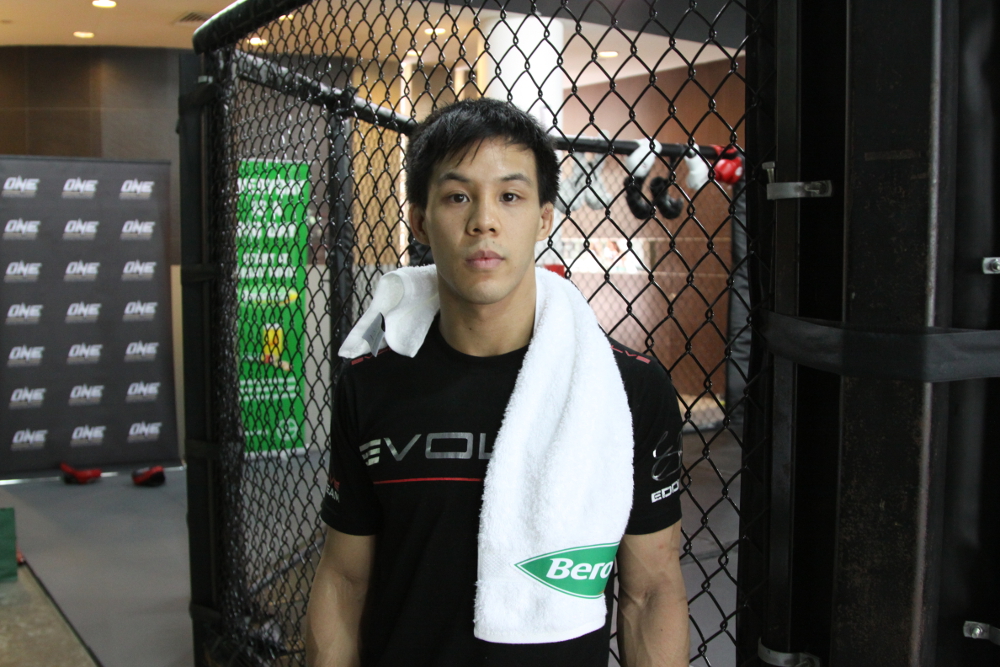 For his next fight at ONE FC: Honor & Glory, Eddie Ng (pictured) will be putting his four-win streak on the line against veteran kickboxer Vincent Latoel

1. In his younger days, Eddie used to be picked on.
“I grew up in the UK and was bullied a lot, kind of on a daily basis. It’s hard to say why but I guess it was for being Asian. It affected my self-confidence to the point where I was ashamed of being Asian and resented who I was.”

2. Bruce Lee showed him The Way.
“I first watched The Way of the Dragon and was amazed by how fast and strong Bruce Lee was. I watched all his other movies and absolutely loved them. It was the turning point for me, because the bullies didn’t see him as Asian or Chinese, but admired him instead. I realized it was because he was an amazing martial artist, and I began thinking that if I also practiced martial arts, then the bullying would stop. Bruce Lee made me accept who I am and it’s for that reason that he’s my inspiration. 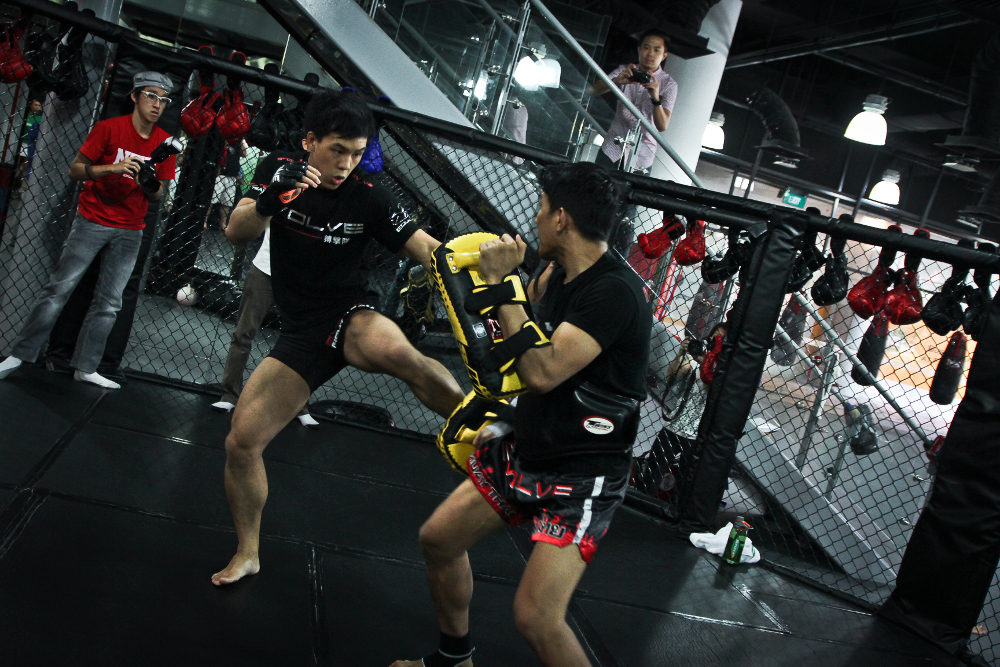 Eddie’s striking moves make him one of the deadliest martial artists in ONE FC’s lightweight division; Image courtesy of Louie Jabanag

3. Don’t call Eddie a fighter, call him a martial artist.
“I think of myself as a martial artist first and foremost, and not a fighter. Martial arts is a huge umbrella that a lot of things fall under; fighting is one of them but not everybody who does martial arts wants to fight. Martial arts is ultimately a journey of being the best person that you can be. For instance, learning a new technique makes me better today than I was yesterday. I want to take that philosophy of always improving and apply it to every area of my life.

4. He can’t fathom a life doing something else.
“To imagine my life without martial arts is really difficult because it has been with me for so long and got me through some of the more difficult parts of my life. In life, you have to find your calling and find out what it is you were put on this Earth for, and I think I was fortunate to find martial arts. I can’t sit in an office or sit still for a few hours. I do enjoy other sports but I don’t have the same passion for them as I do for martial arts.” Don’t let his calm demeanor fool you, Eddie has either knocked out or submitted all his previous opponents in ONE FC; Image courtesy of Louie Jabanang

5. He doesn’t feel pressured by his winning streak.
“There’s enough pressure when you step inside the cage to fight. I just want to make sure that I fight the best I can with the techniques that my instructors have passed on to me. I don’t think about the streak because at the end of the day, somebody’s got to win and somebody’s got to lose. That’s the nature of the sport and I have no problem with that. I’m going to be happy just going out there and fighting to the best of my ability.”

6. Eddie may have won by knockouts and submissions, but he’s prepared to go the distance.
“I actually train for five-round title fights, so I’m always ready to fight till the end. If you train and are ready for five rounds, just like I have at Evolve MMA, you’re going to be more than ready for the standard three-round fights.” 7. Nonetheless, Eddie prefers to finish the fight than leave it to the judges.
“I don’t like the idea of leaving fights to somebody else to decide on who wins, because of the fact that it’s an opinion, and opinions vary between individuals. On the other hand, if I finish my opponent through submission, technical knockout or knockout, the result can’t really be disputed. It’s finalized and finished, and ultimately that’s the idea of martial arts. ”

8. He isn’t a one-trick pony who only throws punches.
“I feel confident even when it comes to grappling. I’m training daily with guys like Leandro Issa, Bruno Pucci and Herbert Burns, who are multiple-time Brazilian Jiu-Jitsu world champions. They’ve really helped me with my game and it’s impossible not to improve when you’re putting the hours in the gym with people like them who have the experience and technical knowledge.” 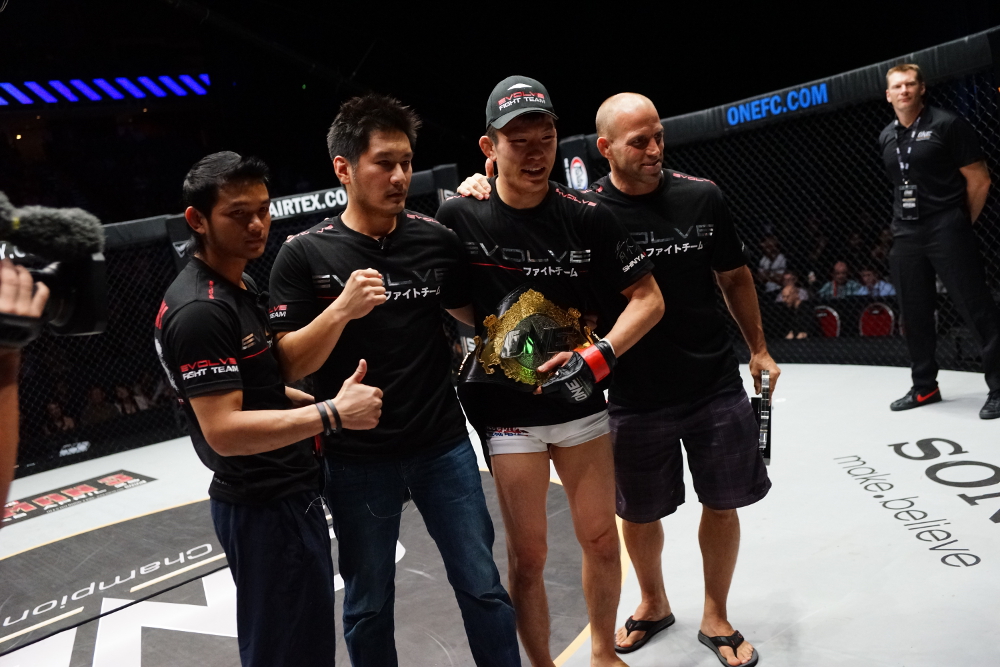 ONE FC Lightweight World Champion Shinya Aoki (third from left) is both teammate and friend to Eddie, so don’t expect them to clash in the cage; Image courtesy of ONE Fighting Championship

10. He trains hard but knows how to relax too.
“I train twice daily, two hours at a time. On the rare occasion that I’m not doing doing or talking about martial arts, I can be found eating or playing video games. I maintain a pretty strict diet nutrition program except on my off day which is when I go crazy and eat lots of junk food.”

We’re giving away two pairs of tickets to watch ONE FC: Honor & Glory. Click here to find out how you can win!