Graphic designer turned Mixed Martial Arts (MMA) fighter, Kirstie Gannaway, will be making her debut at ONE FC: Battle of Lions. We speak to her ahead of the fight. 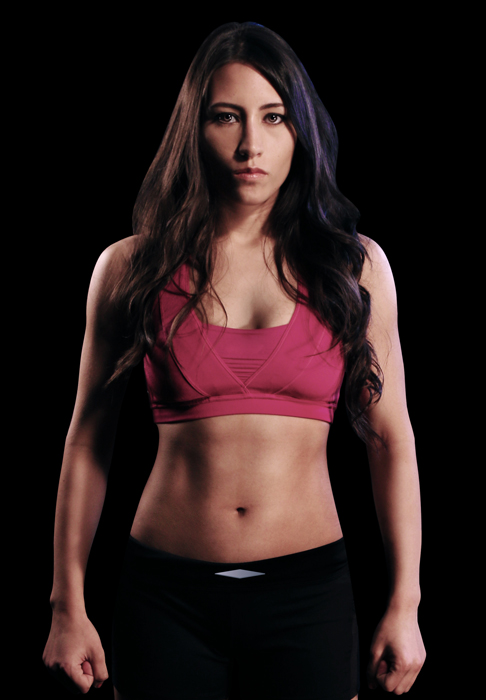 1. Boxing’s her first love.
“I started boxing when I was 15 years old. My brother was into boxing and seeing him compete made me want to do it too. I wanted to get into competitions as well but it was too hard because I was in a low weight division and there weren’t a lot of girls in the boxing scene back then. I could never get an opponent but I did compete in amateur Muay Thai when I got older.”

2. Her boyfriend, fellow MMA fighter Herbert Burns, got her interested in MMA.
“I met him around three and a half years ago. He was training at the gym that I was working at and kept asking me to try some Brazilian Jiu-Jitsu and MMA. For the longest time I was hesitant and for a whole month I said no. Finally, I was like ‘Okay I’ll do it!’ and found it to be so much fun. To be able to train in something totally different opened my mind.”

3. Before becoming an MMA fighter, Kirstie made a living as a graphic designer.
“Since I was young I was always into arts and craft and design. I even went into interior design and got a diploma in it. I was doing a lot of traditional art like drawing and painting, but after being exposed to gaming art in games like Warcraft and Diablo, I started getting into digital painting and training myself in that.” 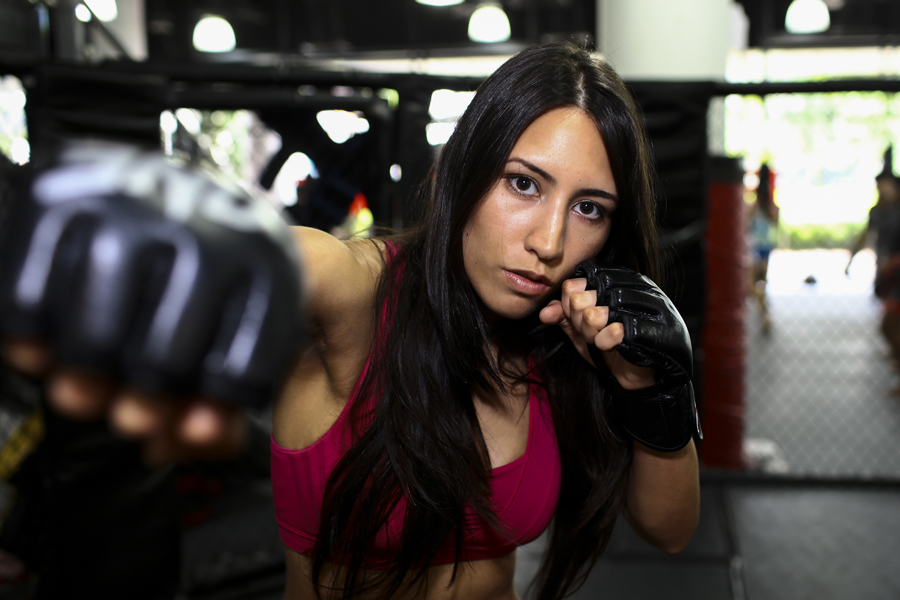 Kirstie will be putting her boxing experience and other MMA skills to good use at ONE FC: Battle of Lions

4. The transition to MMA has given her a new lease of life.
“Initially, art was my profession and martial arts was my hobby. At my last graphic design job, I barely had time to train and I was putting on weight and barely sleeping. I didn’t feel that I was getting much out of it, plus my confidence was low and I think it showed in my day-to-day personality. So when I got offered the opportunity to make martial arts my profession, I went for it.”

5. Nonetheless, she manages to squeeze in some time for art.
“The MMA training is so physically and mentally exhausting, once I’m back home I just want to sit down instead of looking at the computer and stuff. But in my free time I like to practise my drawing skills. Sometimes I’ll even try some painting on Photoshop.”

6. Making it to Evolve MMA‘s fight team wasn’t a walk in the park.
“I was so nervous at the tryouts and at the back of my mind I was like ‘This is 50:50, I don’t know if I’m going to get in’. The tryouts were hard and there were times when I thought I wasn’t good enough, but I had to push past that and do my best. Getting into the Evolve MMA fight team and seeing all these guys with Brazilian Jiu-Jitsu black belts and professional Muay Thai skills was intimidating at first. I felt like an amateur coming in but my level has gone through the roof as compared to before thanks to the help of everyone at Evolve.” 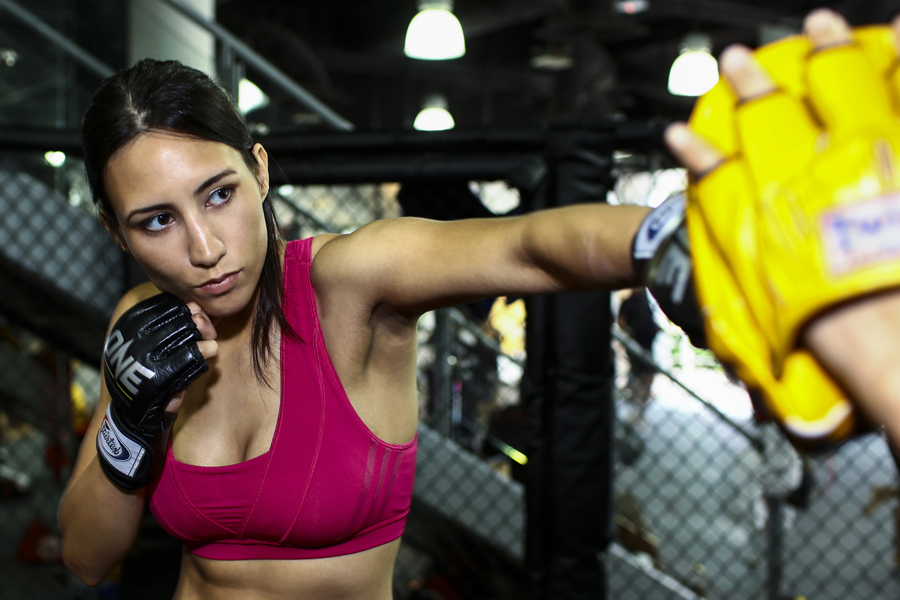 Even though she’s fighting in the lowest weight division, Kirstie will have you know that she packs a mean punch

7. Don’t judge her based on her appearance.
“When I first signed to the Evolve team, I wasn’t as strong or fit as I am now. People used to make comments like ‘Oh you’re too flabby for MMA’ or ‘You don’t have the right look for it’. Man, sometimes people can be so small-minded. MMA is such a technical sport, a lot of times you see the guy with the big biceps and six-pack getting the crap beat out of him. I’m way past such comments now and I realize that not many people are educated properly about this growing sport yet.”

8. To her, MMA is as much a mental sport as it is physical.
“The toughest challenge is controlling your mental state. It’s really important to separate emotions from training. If you had a bad day, didn’t get enough sleep or had an argument with someone, you can’t walk in to the gym and bring that to the mat. Even for a fight, I’ll say it’s 40% physical and 60% mental. If you don’t have the right mental state, you’re not gonna win.” 9. She doesn’t have time for regrets.
“When I wasn’t so sure about becoming an MMA fighter, Chatri Sityodtong, my boss and the owner of Evolve MMA, said to me ‘You only live once and you’re young now, so just do it. You don’t want to look back one day and wish you did this’. My biggest fear in life is actually regret. I don’t like to look back and regret on things, which is why I’m now a very spontaneous person and quite fearless when I make decisions. ”

10. She appreciates every support from her fans
“I know there’s a lot of people that don’t know much about me, but they’ve been really supportive and I really appreciate that. I’m not the most socially interactive person all the time but a lot of people have believed in me from the very beginning. I’m really grateful for it.”

Want to win tickets to watch Kirstie Gannaway and other fighters duke it out at ONE FC: Battle of Lions? Take part in our giveaway now!