The youngest female Mixed Martial Arts (MMA) fighter on the Evolve fight team will be hoping for a third straight victory at the upcoming ONE Championship: Pride of Lions. We find out more about this rising star. 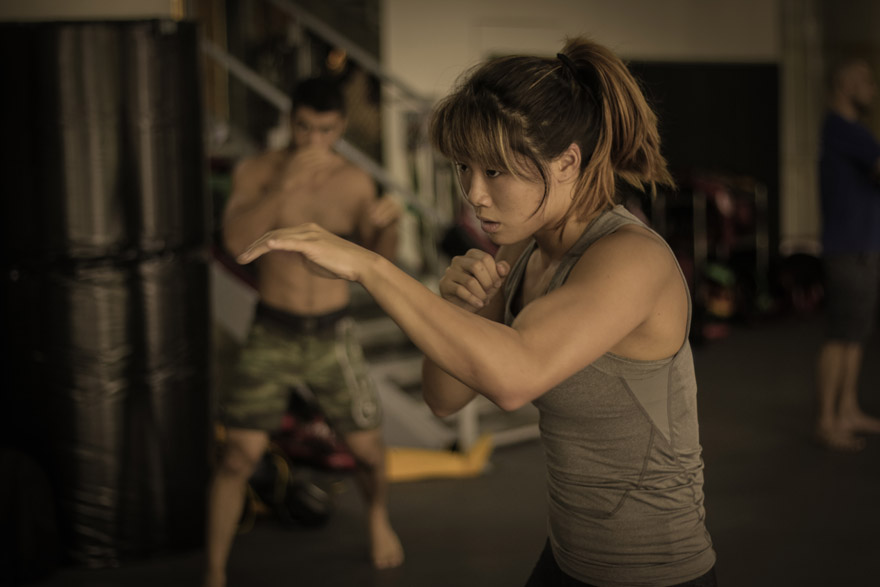 Angela “Unstoppable” Lee may be just 19 years of age, but she has already won both her fights in ONE Championship

1. Angela is relentless in maximizing her potential in MMA.
“I’ve kind of been on a roll so far and been very active in the cage. Right now, I’m looking forward to building my fight record and accumulating more wins, in hopes to get a shot at the title.”

2. She hopes to break barriers for other women fighters.
“Being one of the few women fighters in ONE Championship, I hope that I can help promote women’s MMA and take it to the next level. Women’s MMA in Asia is still very new. I think that with time and more people being introduced to MMA, along with positive role models and fighters bringing more awareness to the sport, it can help elevate the whole women’s martial arts scene in Asia.”

3. MMA is far from being just a simple catfight between women.
“A lot of female competitors, especially high level strikers and grapplers, are extremely technical. It’s almost like a chess match when they’re competing.” While she’s all smiles outside of competition, Angela gets down to business quickly the moment the cage door closes

4. Training with the world champions over at Evolve MMA has toughened her up for the cage.
“There aren’t a lot of other female fighters, so I’m always paired up with the guys. We go through the exact same things that the men do, so there’s no shortcuts just because we’re females. We put in the hard work too.”

5. Wrestling and grappling are her favorite skill-sets, and her favorite submission move is one that’s rarely seen.
“I love grappling, just because of the fact that I’ve competed in so many more grappling competitions than I have in striking. I really like the armbar – it’s one of the submission moves that I used a lot. But my favorite move has to be the twister. It’s a really cool move that’s often used by fellow fighter and ONE Championship Lightweight Champion, Shinya Aoki.”

6. Ronda Rousey, the current UFC Women’s Bantamweight Champion, is a role model.
“She’s done an amazing job to promote women’s MMA. As a fighter, she’s got an amazing work ethic.” 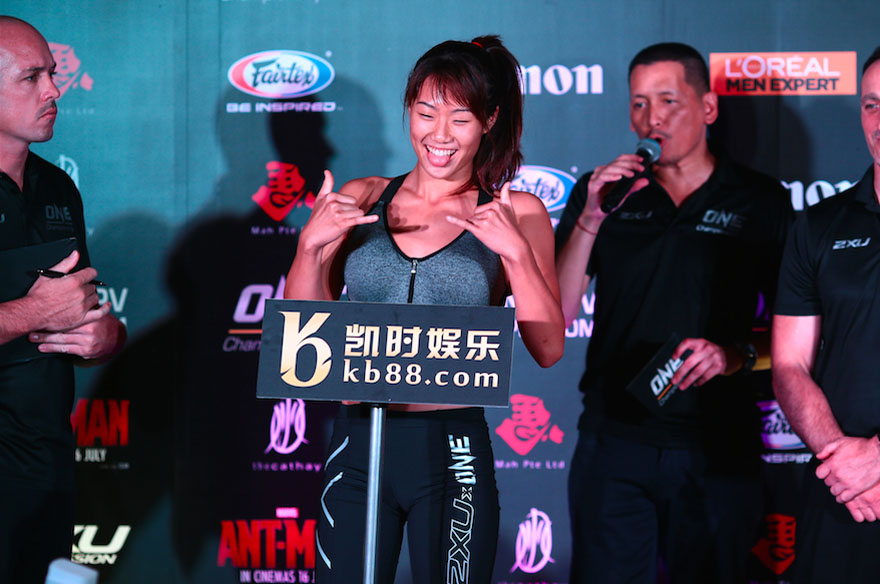 Angela splits her time between coaching in her hometown of Hawaii, and training in Singapore’s Evolve MMA gym

7. Martial arts blood runs in her family.
“I was practically raised in the gym, since my parents were always teaching martial arts. Me and my brother grew up training, eventually helping out with the kids’ classes. My younger brother is on the Evolve fight team as well; hopefully he can join me in fighting professionally too. I’ve got two more younger siblings who are not quite old enough yet to be competing even though they are learning martial arts.”

8. Yet, fighting professionally was never on the cards.
“Even though they were martial arts instructors, my parents never forced me to become a professional fighter. Their idea of having the children learn martial arts was for us to have basic skills in self-defense. They never wanted us to fight, but we knew that if we wanted to they would support us all the way. Their mantra is ‘you can choose whatever you want to do in this world, but whatever you do, you give it 100% and do your best’.” 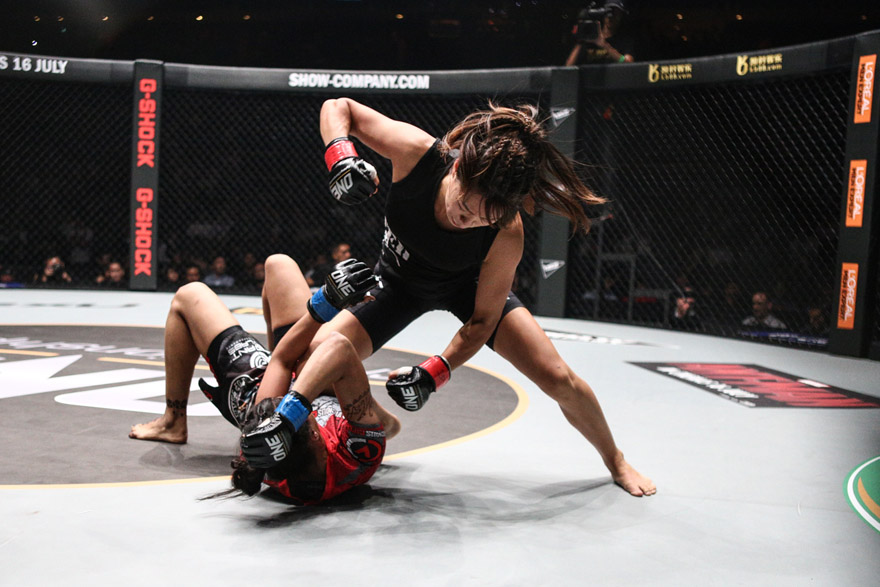 Just like her role model Ronda Rousey, Angela’s fights have never gone to a judges’ decision

9. She doesn’t get caught up with researching her opponents and specifically trying to be on par with their strengths.
“Some people focus too much on matching their opponent’s skills in say, striking. But later on they find out the hard way that the opponent is really good in another skill, like grappling. I try to be well-prepared in all areas and not be focused on just one style.”

10. Training and talking to the media are cool, but having a restrictive diet isn’t.
“The dieting is the really hardest part of this career. I really enjoy the training and fight night, which is my favorite time. The media and all the interviews are also kinda fun, but the dieting and weight cut kills me, especially now that I’ve found mee pok (minced pork with noodles), my favorite food in Singapore.

If you want to watch Angela Lee and other MMA fighters battle it out at ONE Championship: Pride of Lions, keep a lookout for our giveaway coming real soon!