A roundup of factory collapses, riots, fights and fires that have affected the fashion and retail industries. Follow us as we take you to the frontline of these 8 fashion disasters.

When: February 2005
Where: Reed Space, New York City
What happened: With a limited run of only 150 pairs worldwide and 30 pairs at the Reed Space NYC, it’s no wonder the Nike Dunk SB Low Pigeon sneakers were in such hot demand. The crowd of over 100 that camped out for the sneakers were on the verge of starting a riot, and it was reported that cops from the New York Police Department had to escort the lucky few who copped a pair out through the rear exit into waiting cabs to ensure their safety. Arrests were made and weapons like machetes and baseball bats were found on the scene after the crowd had cleared.
Aftermath: This incident certainly changed the way some retailers choose to sell exclusive sneakers. From online releases to raffles, measures have been put in place to prevent mobs from forming and trouble from brewing. When: April 2013
Where: Dhaka, Bangladesh
What happened: An eight-storey building that housed garment factories collapsed, leaving over 1,000 dead and many more injured. A day before the catastrophe, workers were evacuated after large cracks appeared on an exterior wall. But employers had ordered them to return to work, which resulted in the high casualty numbers. Canada’s Joe Fresh was one of the brands the factory supplied garments to.
Aftermath: The factory collapse sparked criticism from politicians, advocacy groups and fashion brands. Labels like Gap announced plans to improve factory safety, while others like American Apparel spoke out against what they perceived was slave labor. While there’s been headway in improving garment workers’ conditions and wages, more can still be done. 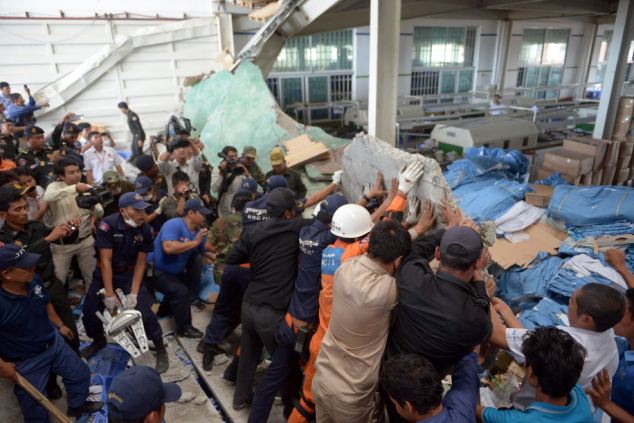 When: May 2013
Where: Phnom Penh, Cambodia
What happened: The ceiling of the Wing Star Shoes factory, which happened to be one of the suppliers of ASICS, collapsed killing three workers and injuring six. The accident was attributed to heavy iron equipment stored on a floor above.
Aftermath: The families of the workers who died in the accident received compensation from Wing Star Shoes, the factory owner, and ASICS. Workers who were injured in the collapse also received payouts. 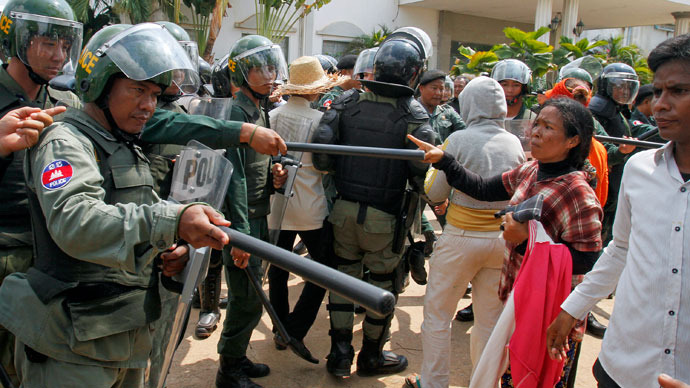 When: June 2013
Where: Phnom Penh, Cambodia
What happened: About 4,000 workers in a Taiwanese-owned factory that made Nike products went on strike, clashing with the police and fellow workers who didn’t support their actions. The reason? The factory management’s refusal to raise monthly wages by US$12. Workers who were on protest were armed with sticks and rocks and smashed windows before being dispersed by the police.
Aftermath: Sabrina, the company in charge of the factory, announced that they were unable to increase workers’ wages. Nike’s stance was that any pay raise was the responsibility of the factory alone; and a Nike representative was quoted saying that the factory “pays above the country’s minimum wage”.

When: December 2013
Where: Various cities in the United States
What happened: Missing out on the coveted Jordan 11 “Gamma Blue” was too much for some to handle, and it was reported that fights broke out in sneaker retailers like Foot Locker and Finish Line. In one store alone, three fights broke out, as you can see in the video above.
Aftermath: Although the police were called in, the brawlers had made off before the cops got to the scene. When: April 2014
Where: Manhattan, New York City
What happened: When streetwear label Supreme collaborated with Nike on the Air Foamposite, everyone expected it to be a hit. On the day of the shoe’s release, there was a massive campout at the Supreme NYC store. The New York Police Department were called in once again, but unlike the Staple Pigeon incident, Supreme was forced to cancel the in-store launch citing public safety as a concern.
Aftermath: Sneakerheads wound up having to buy the shoes from the Internet, either through the official online release or at inflated prices from eBay resellers. 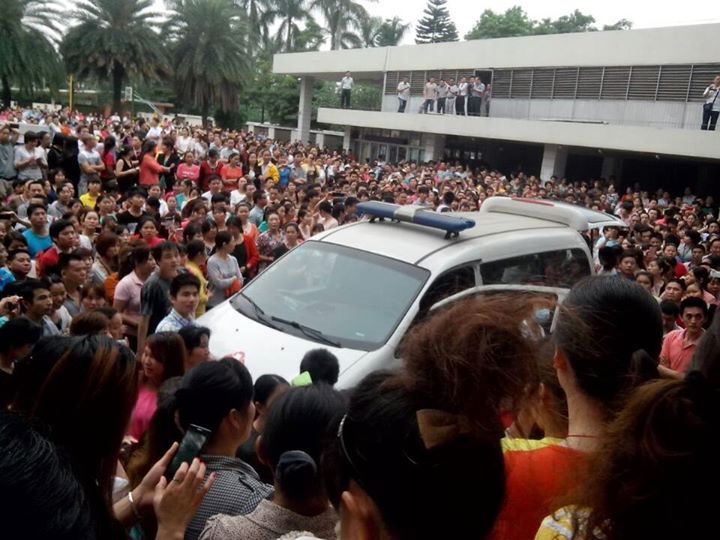 When: April 2014
Where: Dongguan, Guangdong
What happened: Over 30,000 workers at Yue Yuan factory, the world’s major branded footwear maker that makes shoes for Nike and Adidas, went on strike. According to this report, the workers claimed there was insufficient “workplace insurance coverage” and that the factory had been tricking them for 10 years.
Aftermath: Production eventually resumed, with disputes settled after China’s human resources ministry ordered Yue Yuan to rectify benefits to workers. Adidas also decided to move some future production work away from said factory. When: June 2014
Where: Barnsley, South Yorkshire
What happened: Online apparel retailer ASOS was forced to suspend operations temporarily after a fire broke out in their main warehouse in Barnsley. Apparently, it took 10 fire engines and over 60 firefighters to put out the blaze. 20% of the warehouse stock was affected, but thankfully ASOS was fully insured. Following investigations, the fire was deemed an act of arson, though the culprit has yet to be arrested.
Aftermath: The online retail powerhouse was able to shrug off the incident and resume sales after just three days.