Do you know OZWEEGO? 10 facts about the 90s sneaker built for the future

Do you know OZWEEGO? 10 facts about the 90s sneaker built for the future

The new adidas OZWEEGO gives its predecessor an upgrade, creating a sleek and futuristic look that fits perfectly into 2019 and beyond. From running tracks to runways, the adidas OZWEEGO is a sneaker for every occasion.

adidas OZWEEGO might sound familiar, and it should be. The sneaker was massively popular when it first dropped in 1996 thanks to its lightweight design and revolutionary comfort. adidas has released a new version this year, so it’s time we get caught up on some facts about the OZWEEGO. Here are 10 things to know about the quintessential dad shoe. 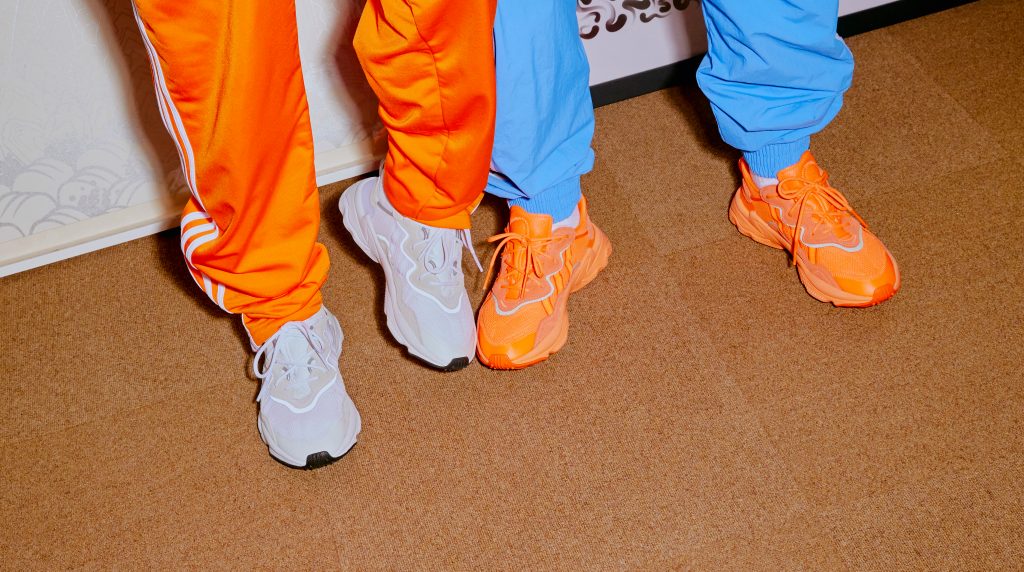 When it came to designing the new OZWEEGO, adidas wanted to pay homage to the original sneaker while bringing it into the future. In order to do that, their team of designers borrowed elements from the OZWEEGO 3 and updated them to appeal to a new generation of sneakerheads. This includes a wide stance, more pronounced midsoles and a one-piece upper. The result: a sneaker than can stand alongside Yeezys and P.O.Ds and hold its own.

1996 feels like forever and a half ago. If the OZWEEGO were a person, you could take it to the club for a drink! adidas’ release of the OZWEEGO introduced a groundbreaking new cushioning technology called adiPRENE, which is still in use today. 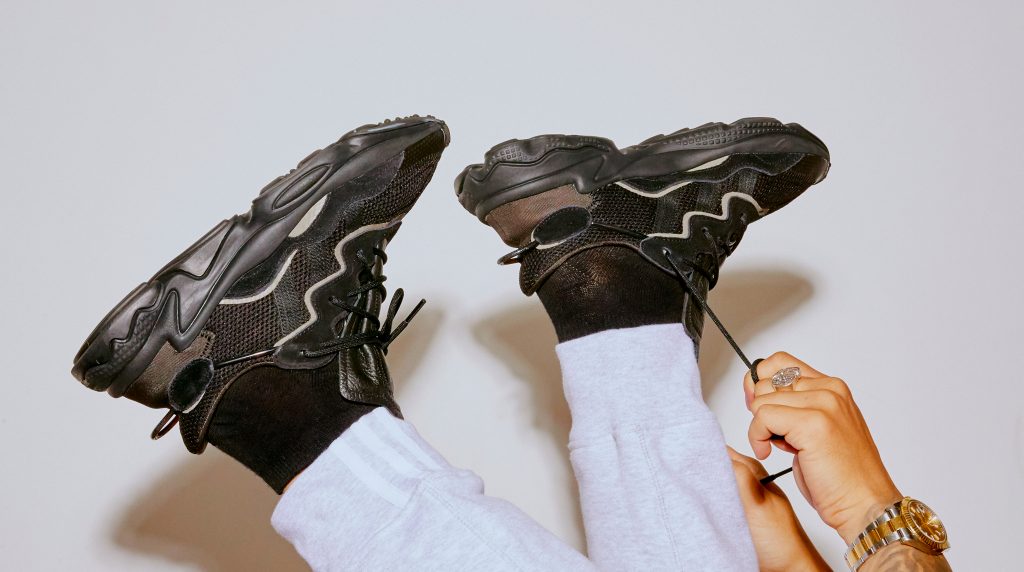 3. The original OZWEEGO was a running and training sneaker

With that goal in mind, the sneaker was constructed to be as lightweight and comfortable as possible. But this quickly made it the perfect footwear for daily runs to the supermarket or visits to the gym.  Eventually, the sneakers became a favorite among dads and gym buffs alike – people who were on their feet often and needed a dependable shoe that would keep them going. Plus the adiPRENE cushioning adds a bounce to every step!

4. There were four different OZWEEGOs released in the 90s

The OZWEEGO was such a staple that adidas released an updated version every year, until the year 2000. Each sneaker was built on their predecessor, improving over time. By the fourth edition, the sneaker had combined the best parts of the three sneakers before it, including the addition of a torsion system. The 1998 edition, the OZWEEGO 3, has become a cult favorite among sneakerheads. 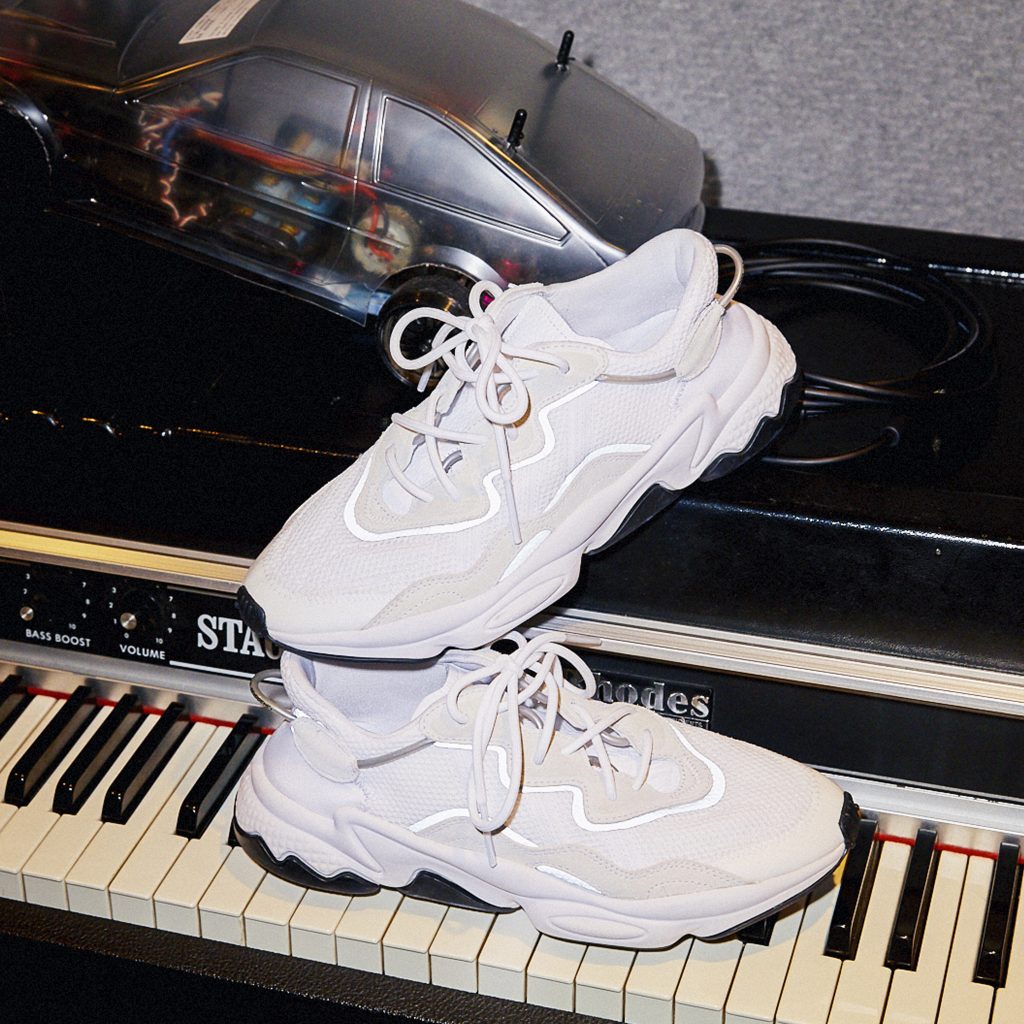 5. The OZWEEGO, new or old, has always been packed with tech

Whether it was released in the 90s or in the present, the OZWEEGO has always been a sneaker that’s packed with tech. The original OZWEEGO saw the advent of adiPRENE and eventually the torsion system – a proprietary innovation by adidas that allowed the forefoot and midfoot to adjust to changing terrain while remaining supported. Today, the new OZWEEGO combines adiPRENE and adiPRENE+ to create a sneaker perfect for the modern sneakerhead. adiPRENE is used in the heel for impact absorption while adiPRENE+ can be found in the forefoot, providing sufficient energy return – creating a combo that gives the perfect stride. This makes the new OZWEEGO a sneaker that looks and feels like it belongs in 2019 and beyond.

6. The new OZWEEGO is made mostly of the same materials as the original sneaker

The new sneaker doesn’t just draw inspiration from the original sneaker, it literally is made of the same stuff. From the adiPRENE midsole to the classic mesh upper, the new OZWEEGO is a true reflection of a 90s sneaker made in 2019. This is good news for us, because it means the updated sneaker will be as light and breathable as the OG cult favorite. Plus, retro sneakers are completely on-trend, which allows the OZWEEGO to fit perfectly into your wardrobe. 7. The OZWEEGO silhouette has been a prime choice for collabs

Luxury fashion designer Raf Simons chose the adidas OZWEEGO 3 as the canvas for his venture into the sneaker world. Since then, there has been a full collection of Raf Simons x adidas OZWEEGO sneakers – which are still highly sought after. Besides Raf Simons, a few other big names have put their spin on the OZWEEGO silhouette, including Pusha T and Consortium.

The Raf Simons OZWEEGO 3 fathered the dad shoes we see today. The sneaker, which first dropped in 2013, introduced the fashion world to the concept of the dad shoe – wide-set sneakers with big features that create a chunky look. Simple color blocking provided a clean look to the sneakers despite their complicated uppers. The Raf Simons OZWEEGO showed the fashion world that chunkier performance sneakers had a place on runways and on the streets. 9. The new OZWEEGO comes in a 90s inspired colorway

If you plan to go full 90s for your next sneaker, the OZWEEGO is your best option. The solar yellow colorway is reminiscent of the popular colors of that decade, with uppers that feature hits of blue, neon yellow and grey suede. This color combo keeps the sneaker looking muted, making it possible to dress it up or down. Whether you rock it with a windbreaker or a blazer, you will look equally fly.

You can buy a piece of the 90s for S$160. Just pop by any of the following Limited Edt stores to cop yourself a pair of OZWEEGOs:

To celebrate the new selection of OZWEEGO colorways, we are collaborating with Limited Edt to throw the Limited Edt House Party, powered by adidas. Stay tuned to our socials for a chance to win passes to the exclusive event!

Read more: Check out the revamped – and interactive – Hall of Fame at Vivocity