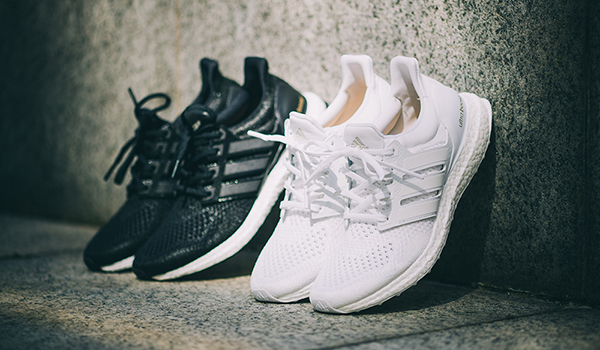 The adidas Ultra Boost receives a luxurious make over.

To be sure, there are three white iterations of the adidas Ultra Boost: a triple white general release pair which has already been released; one with a black sole that Kanye wore, and then there’s the Collective Pack, which features premium materials and along with that, a higher price tag than the other two.

This collection will come in monochrome colorways, which perhaps everyone has been eagerly anticipating. The sneakers feature a textured Primeknit upper, the signature three stripes on the sides, stark white midsoles, and a TORSION support system. What sets them apart from other Ultra Boost models is a more luxurious construction featuring a leather tongue, a snake-skin like panel on the lateral sides of the shoe and leather insoles imprinted with the names of Dirk Schönberger and James Carnes.

The adidas Ultra Boost Collective Pack is set to hit release June 6th at a retail price of US$255 at Solebox.