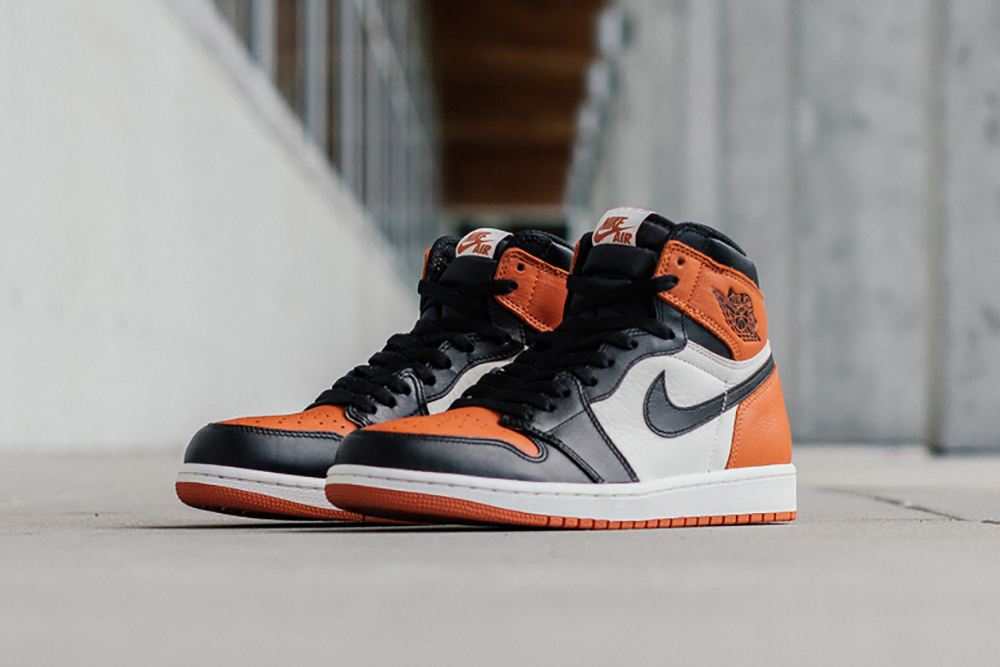 The Air Jordan 1 Shattered Backboard is inspired by one of basketball’s greatest moments.

Continuing Jordan Brand’s 30th Anniversary celebrations, an all new colorway of the pioneering Air Jordan silhouette will be released this coming weekend. Dubbed the Air Jordan 1 “Shattered Backboard”, the name and colorway the shoe are inspired by the time in ’85 when the GOAT smashed the backboard during an exhibition match in Italy, clad in an orange jersey.

To pay homage to this incident, Jordan Brand printed the insoles of the shoe with an image of the broken backboard. Although this is not an original colorway that was released in 1985, the story and inspiration behind this upcoming release is more than enough to make this a must-have in every sneakerhead’s collection.

The Air Jordan 1 “Shattered Backboard” is set to release this Saturday, 27th June, at Nike Bugis+ with a retail price tag of S$249. Follow EKINJG’s (Licensed Nike Distributor) Instagram account for launch details. Meanwhile, check out the video of His Airness smashing the backboard in 1985 below: