The cultural significance of the Air Jordan 11

The cultural significance of the Air Jordan 11 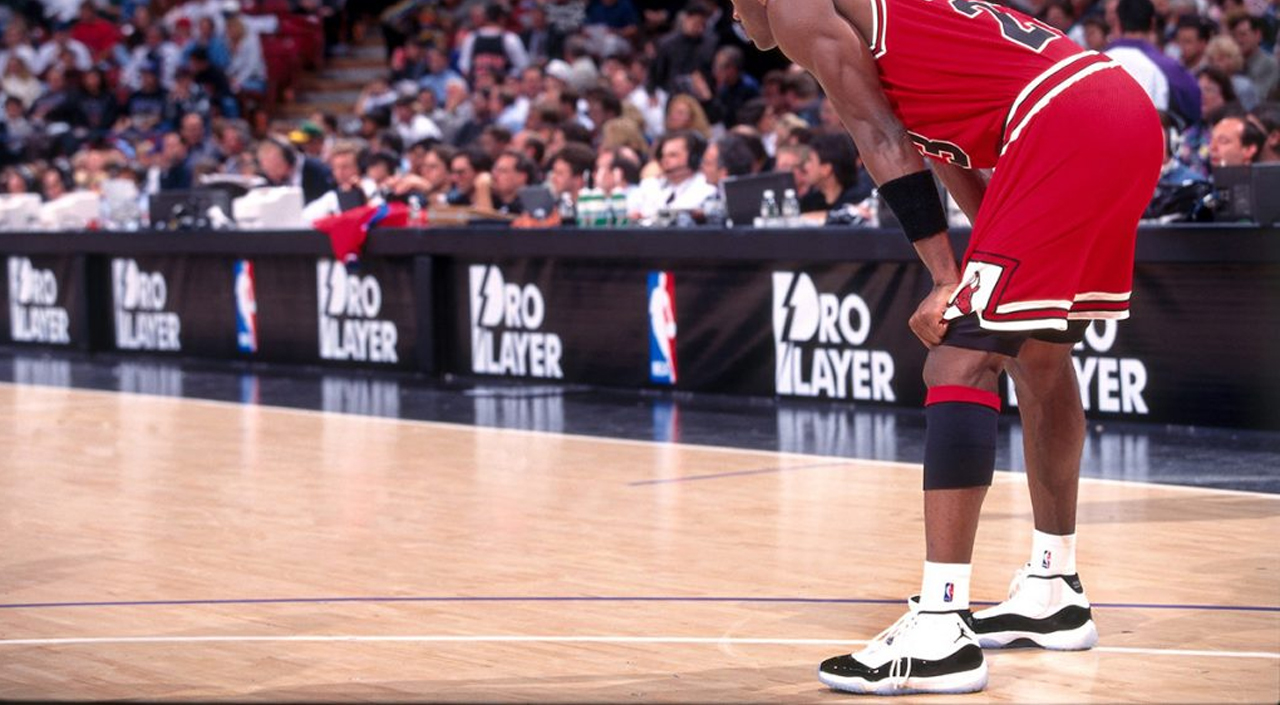 The Nike Air Jordan 11 has strong cultural significance in the sneaker community. Like clockwork, Nike drops a new retro of the Air Jordan 11 every year during the holiday season. This year is no exception, the beloved Air Jordan 11 Cool Grey is getting a retro and is dropping on December 11. So as we approach the holiday season, it seems fitting to deep-dive into what makes the AJ11 a hit on-court and on the street. It’s down to the sneaker’s combination of mesh, patent leather, full-length Air sole unit and exposed carbon fiber spring. But just how did it become the most coveted annual sneaker drop? Here’s a quick look at the history behind the Air Jordan 11.

When did the first AJ11 drop? 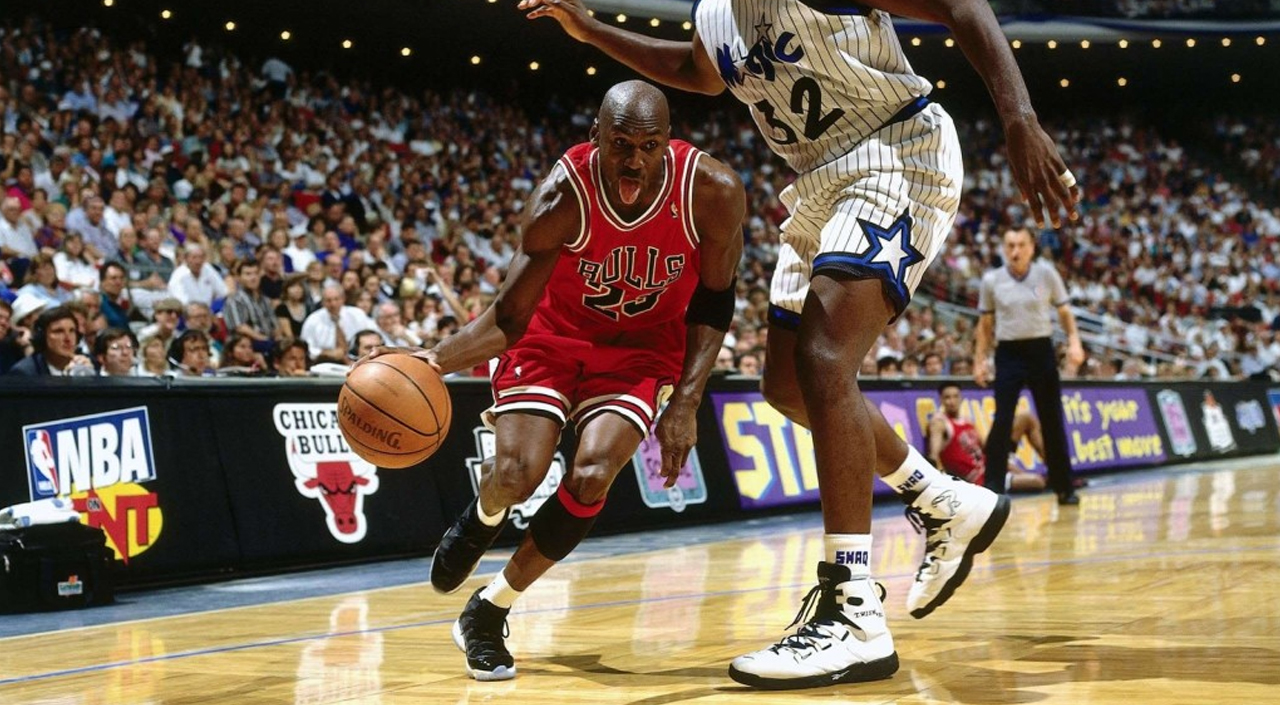 The timing of the Air Jordan 11’s unveiling could have not been more perfect. The elegant performance basketball sneaker dropped in 1995 following Michael Jordan’s announcement that he was returning to the NBA.

The attention around MJ was at fever pitch, as fans of the Chicago Bulls and Michael Jordan had been awaiting his return. He cut his one-year stint playing Minor League Baseball short with a simple fax stating, “I’m back.”

Soon after his return, Michael would return to peak form within a year and soon clinched the Chicago Bulls their next three-peat, scoring championship titles in 1996, 1997 and 1998. MJ wore the Air Jordan 11, specifically in the Concord colorway, throughout his 1995-1996 season – evidence of his love for the sneaker and the colorway. This made the sneaker a symbol of MJ’s return to NBA stardom and immortalized a golden period in the sport’s history.

What went into the sneaker? 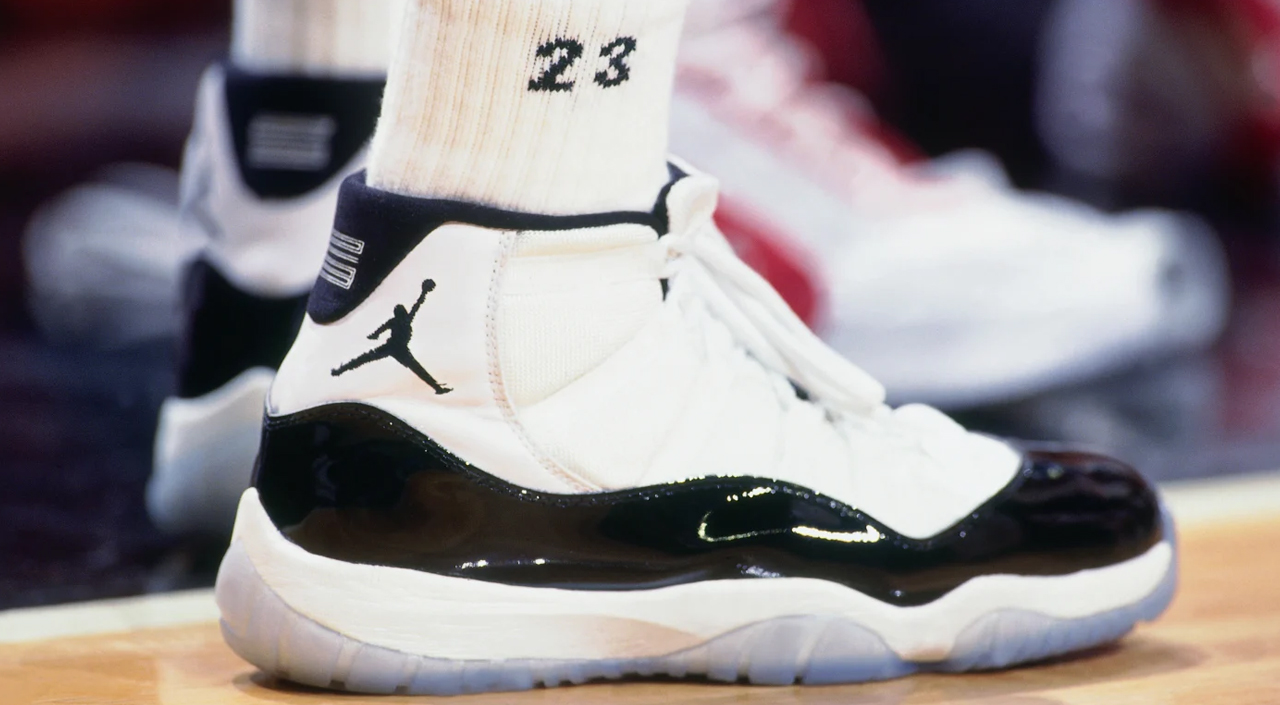 The Concord colorway of the Air Jordan 11

The Air Jordan 11 was designed by legendary Nike sneaker designer Tinker Hatfield during MJ’s time playing baseball. He had kept the designs in the event that MJ would end his retirement and return to the NBA – he always wanted MJ to rock the Air Jordan 11 on court.

In an interview, Tinker called the Air Jordan 11 his favorite sneaker of all time, citing its immaculate combination of technology and design. Its ballistic mesh upper made it more durable than the average sneaker while the patent leather gave structured lockdown and necessary lightness without the stretching of conventional leather.

The use of the carbon fiber spring plate helped make the sneaker lighter while withstanding Michael’s weight and offering propulsion to support his aggressive gameplay. Its lightness allowed him to fly on-court without any restriction.

It wasn’t just the tech that had set the sneaker apart. Since Tinker wanted MJ to wear the Air Jordan 11 off the court, it was designed to look more formal than its predecessor, the Air Jordan 10. Its combination of smooth lines, wavy patent leather and simple silhouette made it perfect for dressing up or down. There must be a reason why MJ admits the AJ 11 is one of his favorite Air Jordans.

Especially when worn with a suit, the patent leather pops and lends the outfit a nice formal touch despite the fact that it’s a sneaker. Dress it down with shorts and a t-shirt, and it will look casual and comfortable. Combined with the comfort of the full-length Air Max midsole, it’s not hard to see why anyone would make the Air Jordan 11 their go-to sneaker.

Even now, more than 25 years later, the Air Jordan is still seen on basketball courts, red carpets and sneaker conventions all over the world. MJ and Tinker were so ahead of their time that the design and performance of the Air Jordan 11 still hold up today. Every once in a while, you will still see NBA players wear them during major games. 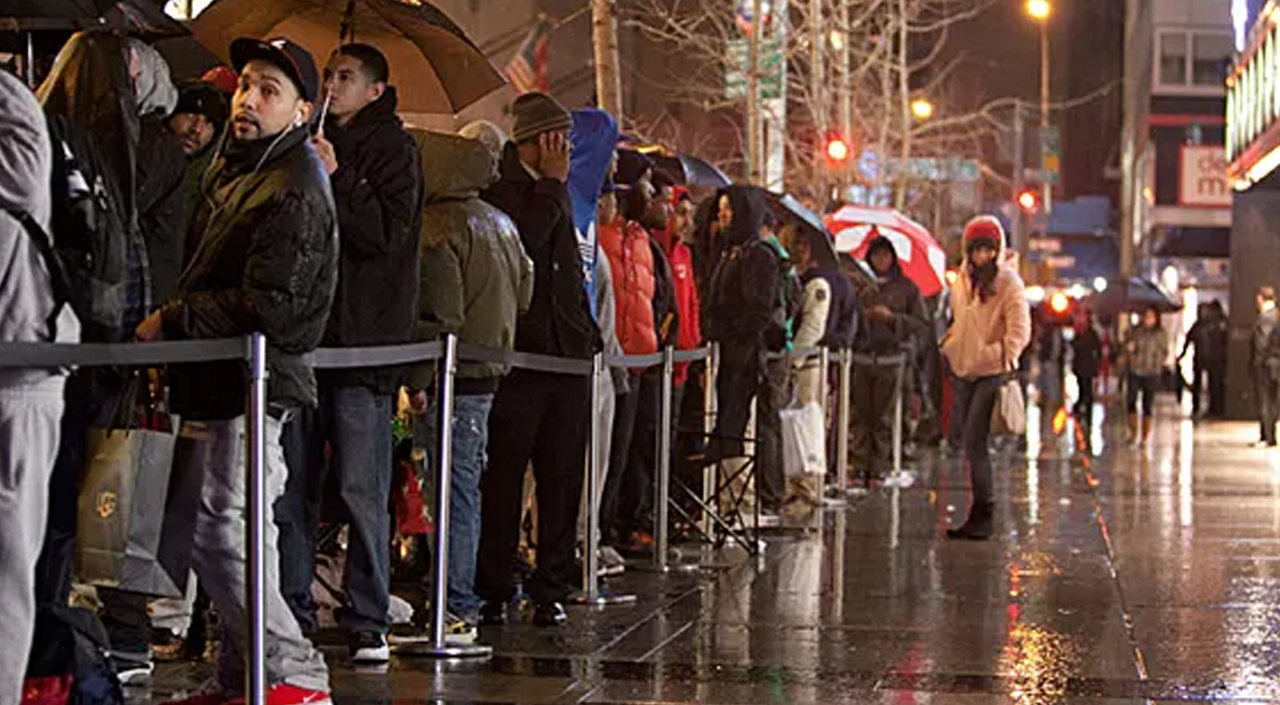 The frenzy surrounding AJ11s hasn’t gone away either. Whether in 1995, when it first dropped, or 2014, when raffle tickets for the Air Jordan 11 “Legend Blue” caused riots in Northwest Houston, Texas, the AJ11 always triggers long lines, street brawls and overall chaos among sneakerheads. That was until Nike introduced SNKRS in 2015 and began moving these coveted releases online.

A perfect combination of rich storytelling, timeless design, industry-leading performance and yearly drops have kept Air Jordan 11s at the forefront of sneaker discussions ever since it was first unveiled in 1995 ­– and there are no signs that it will ever fall out of popularity.