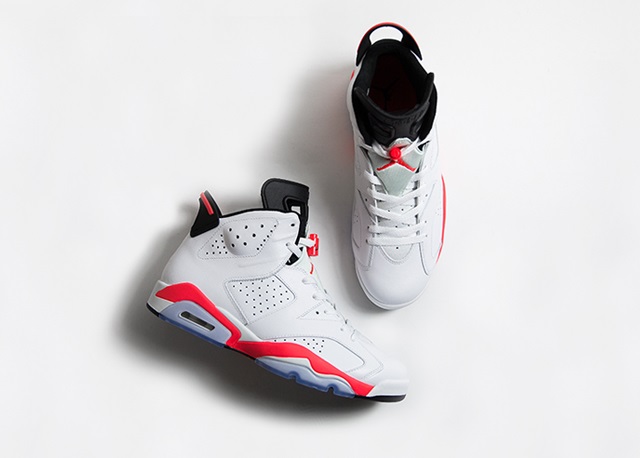 Here’s a look at the Air Jordan VI Retro “White/Infrared”, which will be released during this week’s NBA All-Star Weekend.

Marking the 23rd Anniversary of the Jordan brand is the return of the Air Jordan VI in the iconic “White/Infrared” colorway. Designed by Tinker Hatfield, these retros were originally launched in 1990-1991, during the season when Michael Jordan won his first championship, and were last released in 2010. The shoe features a smooth white leather upper with infrared accents on an icy blue outsole and visible air sole unit. Additional details include finger loop tongues for easy foot entry and inner booties for additional comfort.

Priced at £135, the Air Jordan VI Retro “White/Infrared” will be available at size? online store from February 15th.