Alone Fest: I Went to a Music Festival Alone and I Liked It

Alone Fest: I Went to a Music Festival Alone and I Liked It

Being alone can elicit feelings of anxiety and inadequacy in some. Not Natalie Pixiedub. Here, she recounts her experience of going to a music festival alone and how she enjoyed it.

Photos courtesy of the author 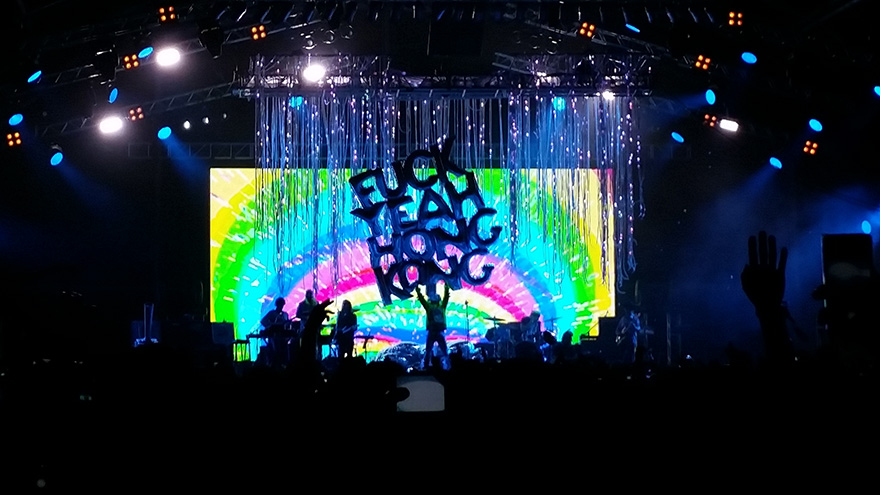 A scene from Clockenflap 2014

One of my biggest regrets to date is that when I was in my early 20s, studying in Melbourne, I didn’t have the guts to be alone. That meant I missed out on watching many of my favorite acts because my friends couldn’t/wouldn’t go.

In my final months there, Radiohead was announced, and I thought to myself, “IT’S NOW OR NEVER NAT. YOU’VE WASTED TOO MANY OPPORTUNITIES ALREADY.” So I bought myself a ticket, and waited for the day to arrive.

But it never did. Because they cancelled. *Cue violins, thunderstorms, ‘Ironic’ by Alanis Morissette, etc.

Since then, I never let “friends” hold me back from catching my favorite bands again. That doesn’t mean I go to every show alone. Being in a community of music lovers, I’ve gone to most gigs with friends. But if the band truly meant a lot, friends would come second-place. (They’re gonna be there when the show ends anyhow. Like cockroaches.) 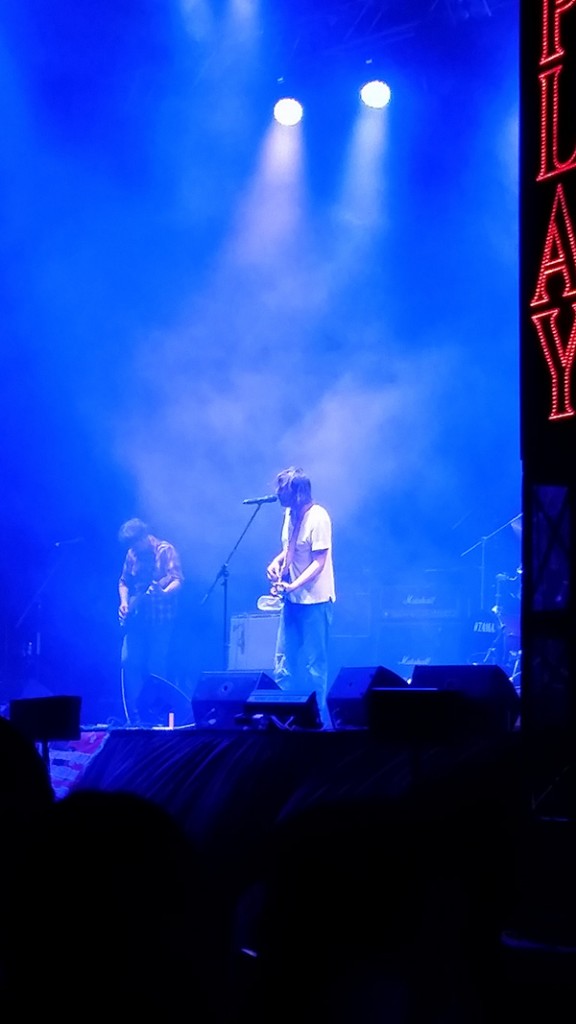 In 2014, I took that to a whole new level by going to a music festival alone. Dan Deacon and Noze played at Clockenflap 2014 in Hong Kong, and that was my first real experience going to a festival alone. It had been my dream to catch Dan Deacon for years, and with The Lemonheads, Kool & The Gang and The Flaming Lips, the deal was sealed.

Of course I had friends going to the festival – my BFF and his girlfriend, as well as a couple of friends who lived in Hong Kong. But from start to end, I planned the trip completely alone – from booking my flights, to buying the festival ticket, to traveling to and from the festival. Simply because none of my friends had even heard of Dan Deacon, or Noze.

Going to the festival, I’d only made sketchy plans to meet up with said friends there. And with even sketchier phone reception, fulfilling them was a bonus. That meant skipping Friday night with nobody to guilt-trip me into going. Instead, I had Michelin-star grade roast goose with my friends in the city. #priorities. 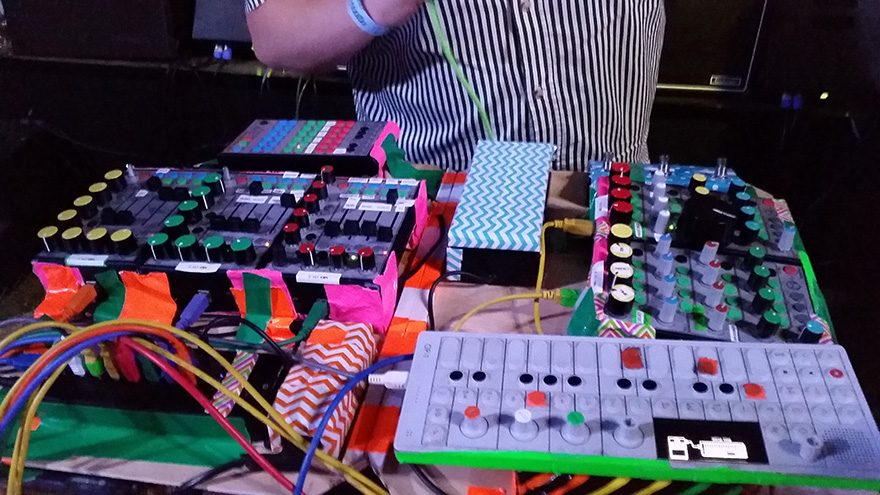 On Saturday, after another love fest with (friends and) dim sum, I made my way to the festival in the late afternoon to catch Noze. Being alone has its drawbacks – since I wasn’t meeting anyone there, I had to locate the festival venue myself, and got a little bit lost – walking for almost an hour before seeing other punters.

Noze played a live set – meaning they triggered samples from their coms and sang over each tune. Epic. Danced alone in a corner without distraction till it was over, and then checked out quite a few other acts including OZOMATLI and Robag Wruhme before my friends arrived to the scene. They were super excited for Kool & The Gang, who were playing at the main stage at the same time as Dan Deacon. So I caught one song by Kool & The Gang with them before saying bye.

Each Dan Deacon show is fully audience-interactive, almost like social experiments, usually in a super intimate setting. The one at Clockenflap was like the ones I’d seen in all the YouTube videos, and I got to stand a respectful two inches away from his set-up.

A little into the set, I texted some friends in Singapore: “OMG I AM AT THE FRONT OF THE DAN DEACON MOSH PIT”. In that moment, I thought I vaguely heard Dan say something about how he was going to pick the most disinterested person in the audience for the next activity, and before I knew it, he said, “You there, that girl who’s obviously texting, come here!” I shoved my phone in my bag with glee and went forward to my destiny, leading half the tent in an interpretive dance routine. It was a dream come true.

By the end of his set, I was completely soaked in sweat, with jeans and shoes covered with dirt. And then, I left. At 8.30pm. The author with Dan Deacon

The next day I went to the festival early again, to catch Dan’s second set at one of the larger tents. This time he was on a stage in front of at least a thousand people. He did the social experiments again, but it just wasn’t the same. The distance didn’t cut it. Saw a couple of other fans from the night before there, and we smiled at each other.

Since then, I’ve gone to most festivals alone. While I do run into friends to chat and hang for a bit, going alone is infinitely easier – you spend less time waffling about being unsure of whether or not to do the next activity, and more time catching the acts you enjoy. That includes leaving the festival when you’re tired, completely guilt and peer-pressure free!

Sure, there are its downsides. Till now, I cannot find any footage of that sweaty Dan Deacon set in Club Minky at Clockenflap 2014, but luckily selfies are socially acceptable.

Natalie Pixiedub is not quite in your Straatosphere. She is passionate about God, food, music and cats – in that order. Thanks to God, she’s managed to work with music as a selector, writer and programmer. This has enabled her to eat good food, travel to catch her favorite bands and take care of many cats. She is currently praying to get paid to eat good food and pet cats.