Pomades are the latest must-have hair styling products, but how much do you know really about them? As a way of introduction, here’s our Beginner’s Guide to Pomades.

What it is, what It isn’t 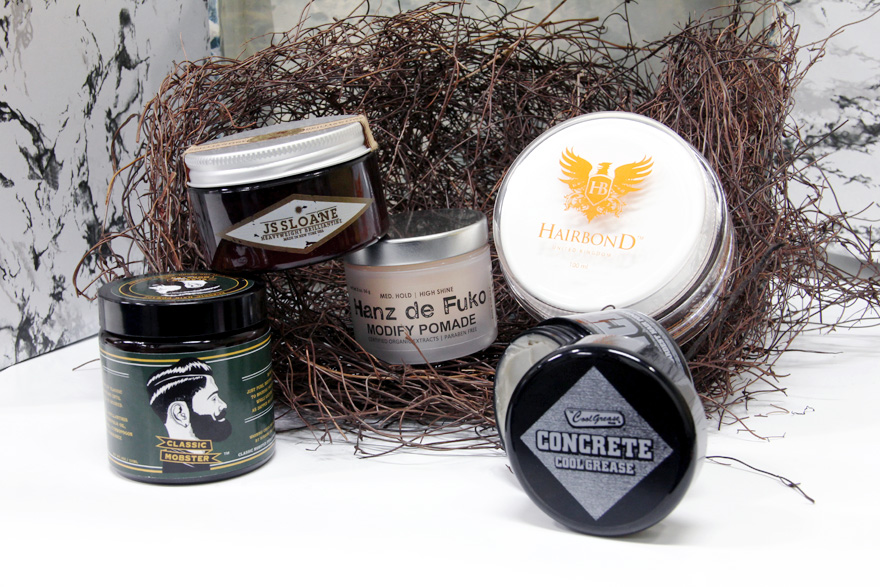 Pomade is a styling product that holds hair in place and provides a slick appearance. It helps to create that dapper look which is bang on trend these days.

Pomades, unlike other styling products like gels and sprays, don’t harden upon applicable and are highly pliable, meaning it’s possible for hair to be restyled with a comb or by running one’s fingers through their hair hours after the pomade has been applied.

“It’s not a new product, but in the last three to four years pomades have gotten a lot more recognition and users in Singapore,” said K.C. Meals, head barber at Grease Monkey Barber Garage. A pomade’s label usually states its hold and finish, along with other useful info about its qualities

Pomade jars tend to state the hold of its content – light, medium or heavy. This is a reference to the strength of the pomade and how much it would weigh your hair down once applied. A lightweight pomade makes it easier to create volume, but offers less holding power, while the opposite is true for heavyweight pomades.

That said, the suitability of a pomade also depends on an individual’s hair type. People with thick hair may find it easier to work with a heavyweight pomade, as it has the strength to keep the strands in place. A common misconception is that the heavier the hold, the easier it is to keep hair lifted up. That’s not true. To be sure, It’s best to consult your barber to determine your hair type, and which pomade is therefore most suitable for you.

Besides keeping hair in place, pomades tend to be scented. Layrite pomades, for instance, smell like a vanilla-butterscotch mix, while Hanz de Fuko pomades have varying fragrances (some have none at all). Some pomades come in overpowering scents, so try them out first, especially if test jars are available. The nose knows best. 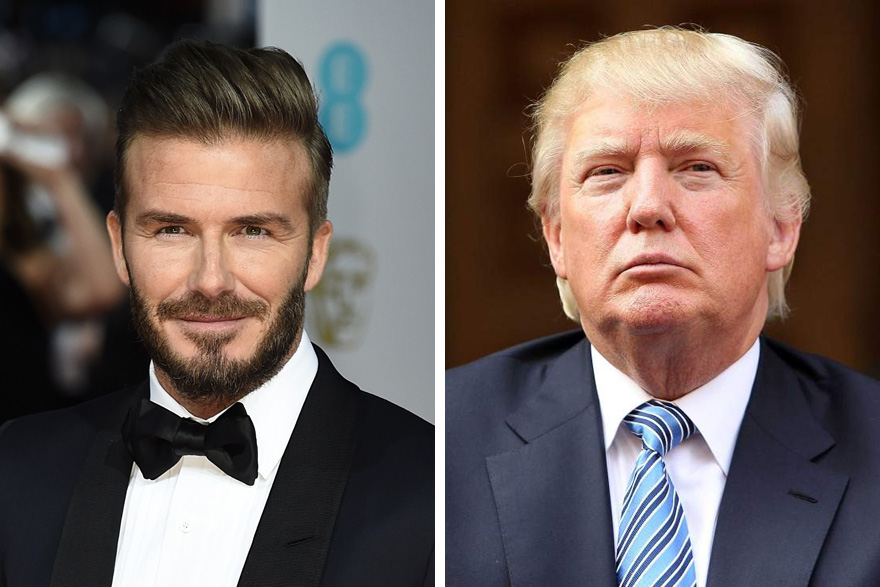 Pomades come in either a glossy or matte finish, and while the former is appropriate for corporate or formal settings, it may be overkill for a casual Sunday out. Matte-finish pomades are more versatile and offer a look that’s suitable for both the boardroom and the beach.

“Some pomade users like a high-shine look. But you get people who have been using wax, who like having a slick hairstyle, but they don’t want it to be shiny,” explained K.C. He says companies are accommodating this group of consumers by having a range of pomades that contain different combinations of hold, texture and finish.

While the virtues of pomades are plenty, it’s important to understand that they’re not substitutes for a good haircut. You can’t get a good pompadour, side-part or a slicked-back look from a jar; what that requires is a good barber, styling technique and lots of practice. 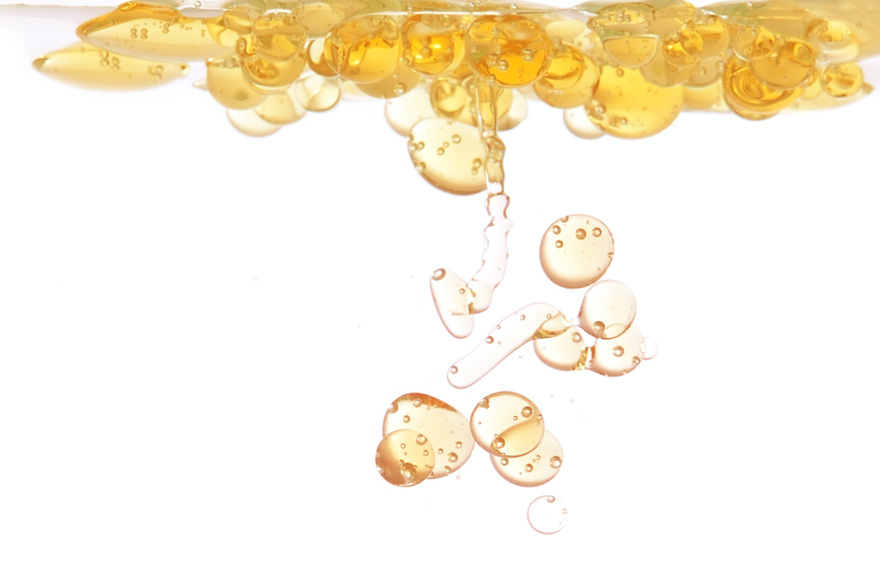 Traditionally, pomades were made from oil-based ingredients such as beeswax. Once applied to the hair, this type of pomade would not dry out much but rather, retain its pliable properties. In fact, traditional oil-based pomades are known to last for days and require multiple washes, or a thorough round of de-greasing with special shampoos.

In recent times, there has been a healthy mix of water-based pomades that have entered the market. These act like oil-based pomades but are less pesky to rinse off.

While the purists stand by the more natural, oil-based pomades, others who don’t wish to spend more than ten minutes in the shower will opt for water-based ones instead. It’s all a matter of preference.

Pomades made in Singapore

While the pomade bug has clearly caught on in Singapore, an issue that many users face is the lack of holding power in the pomades, especially water-based ones. Singapore’s heat and humidity play a role in this, and the inherent nature of pomades being pliable doesn’t help either. Plus, nobody has the luxury of time to touch up their hair every hour or so. This group of consumers may find viable options in the following pomades we’re about to recommend.

“I had been using American and Australian pomades for years and was always very frustrated with how oily they were and how they melted in the humid and hot climate of Singapore,” said Feroze McLeod, head barber at Hounds of the Baskervilles.

“We decided to focus on making a pomade that is formulated for use in this climate that will sit well, won’t oil your face like a frying pan and also is something cooling on the head.” By harnessing his forefathers’ expertise in making soap products, along with a year’s worth of experimentation and formulation, McLeod & Son Pomade was finally born in 2013. 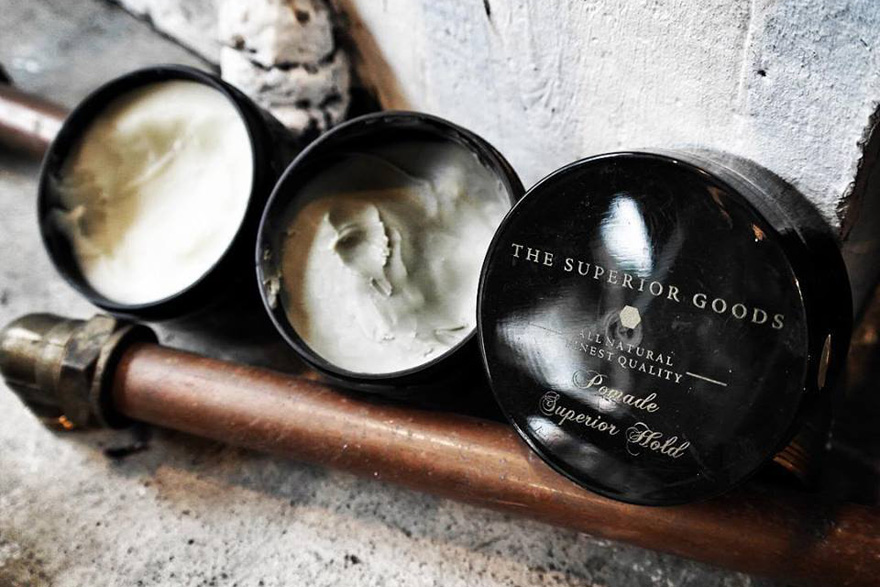 Image via The Superior Goods

For Delia Phanthai, her husband’s use of commercial pomades, which damaged his hair, inspired her to make her own. “His hair got drier and unhealthier as time went by, so I created a natural pomade for him to try. He got hooked on it and told me that I could sell it, so I improved the formula and scent, using pure essential oils such as peppermint and bergamot, to make it sellable,” she said.

Delia’s pomades are sold under The Superior Goods label and come in matte and shiny finishes. 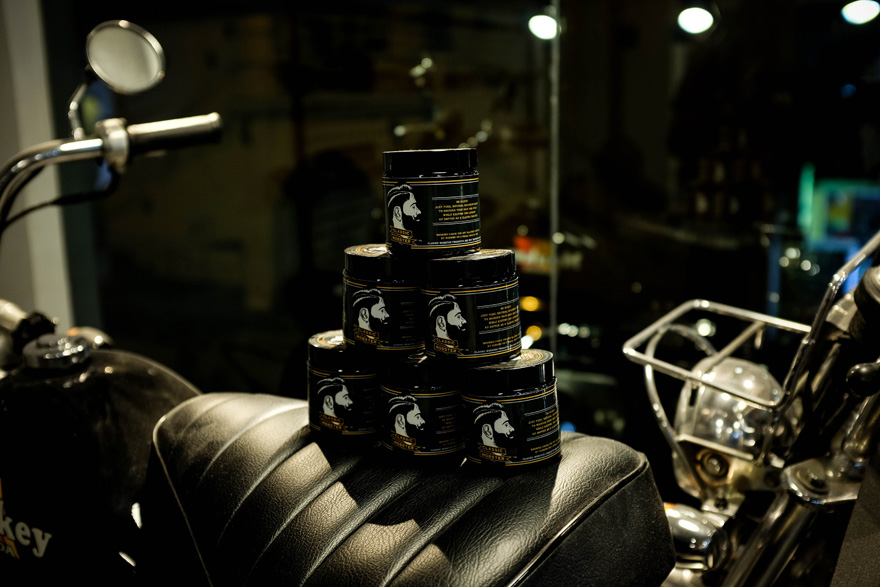 Taking the term “homemade” quite literally, Celian Joel D’souza has spent close to two years cooking up his own blend of pomades from his home kitchen. A passion for the barbering subculture since he was a kid led Celian to create his own pomade.

60 test batches later, Celian finally derived at his final product called The Classic Mobster. It’s an oil-based pomade of medium hold and consists of only natural ingredients. To call it a labor of love is putting it mildly; each batch takes ten hours, spread over several days to make. Celian is meticulous about the manufacturing process, from the pomade right down to the product labels.

Celian is currently busy concocting a water-based version of his pomade as an alternative for those who prefer its convenience. Balding is a real issue and there are many misconceptions that surround this topic. With the rise in popularity of pomades, and an old wives’ tale about hair products leading to balding, we couldn’t help but wonder if indeed pomades or hair products in general cause (premature) balding. Haircare expert, Professor Christoph Abels, Medical Director at pharmaceutical research company Dr. August Wolff, doesn’t seem to think so.

“The only risk of using such products is that if there are too many conditioning substances applied on the hair, this may lead to a greasy appearance that might give the impression that the hair has less volume,” he said.

In fact, pomades made with natural ingredients and essential oils could prove beneficial. Do a quick scan of the product description found on pomade jars and chances are you’ll find that many of them claim to nourish the scalp and follicles, but as always, you won’t know till you’ve tried it. 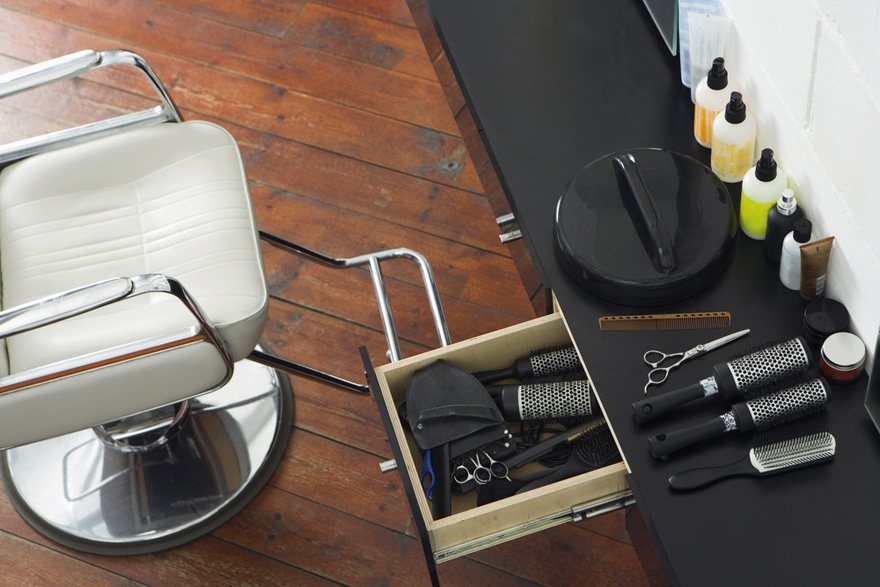 With the proliferation of pomade users and barbershops in Singapore, it’s safe to say that pomades are here to stay. Even if hairstyle trends change and different products are used as a result, pomades will simply take a backseat and await a resurgence in popularity, much like the one it’s experiencing now.

“You still have avid wax, clay and matte product users; they still stick by it very religiously. I don’t really think pomades are superior, but pomades are definitely here to stay. Classics never die,” said K.C.