Since sneaker retailer Concepts first joined forces with Nike in 2008, the Lobster Dunk series has made waves in the sneaker world. With pairs flying off the shelves and resale prices going through the roof, you can bet the Concept SB Dunk Low Orange Lobster will be coveted by all.

How did it all start? In 2008, when tasked to collaborate with Nike, Boston-based sneaker retailer Concepts decided to pay homage to the lobster. Thus, the very first Red Lobster Dunk Low was born. 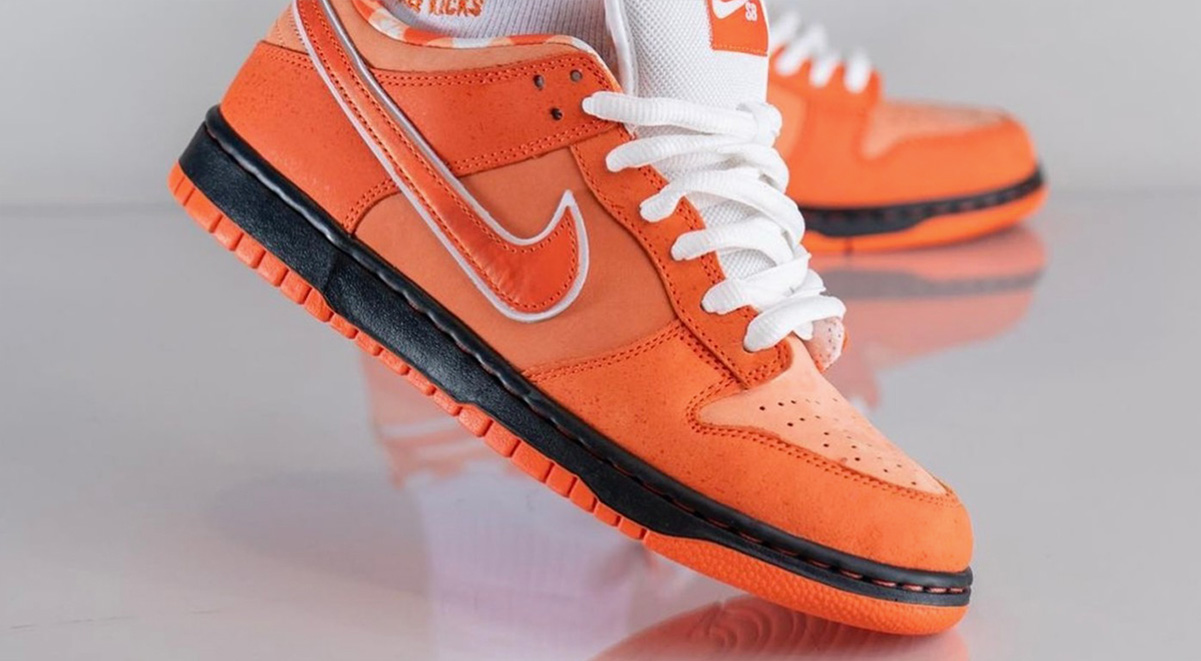 Like previous Lobster Dunk predecessors, this pair takes cues from the crustacean. It comes in an orange colorway with speckles to mimic the exterior of a lobster’s shell. A white border surrounds the dark orange Swoosh logo to accentuate its tones and style. The white tongue is complemented with the orange and white checkered counter lining, giving it the classic Lobster Dunk look. The iconic rubber band around the forefoot that resembles the same band used to clamp down lobster pincers is applied to the Orange Lobster. The Concepts x Nike SB Dunk Orange Lobster is rumored to drop later this year at Concepts, SNKRS, and select Nike SB skate shops. The pair will come with two additional orange and teal laces with a grey-colored band to complete the set. Still, we have no word of a confirmed release date, so stay tuned for more updates.

Nike Dunk vs SB Dunk: How to spot the difference between the two