Edson Sabajo of Patta spoke to us about his humble beginnings, his passion for hip-hop culture and Patta’s role in Dutch streetwear. 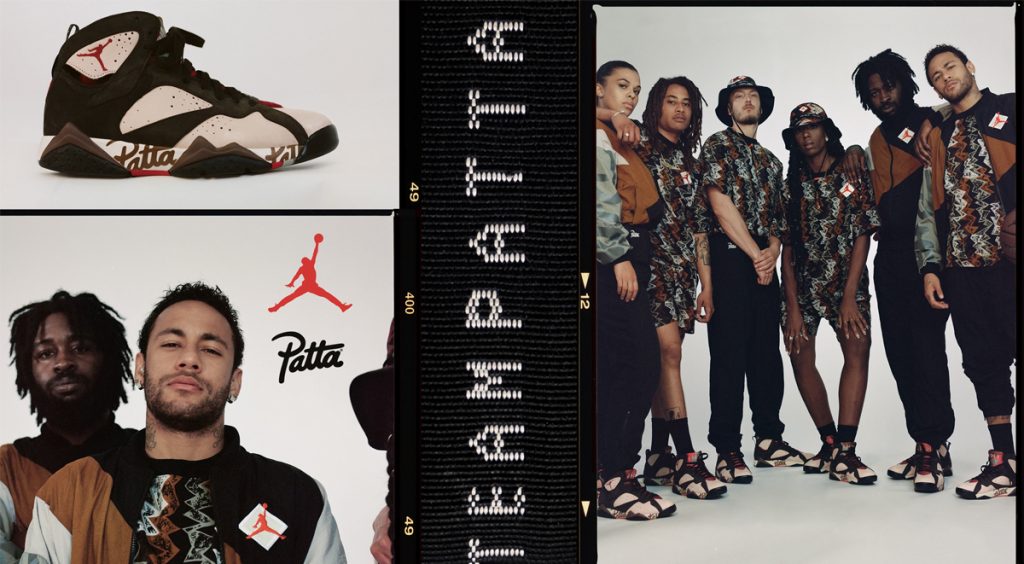 The brand has been on a roll, releasing a collab with Jordan brand and Coogi while running a successful New York pop-up. We chatted with Edson to understand his journey and the origins of Patta.

We are all familiar with the collabs that have come out from Patta – their 90’s inspired Coogi sweater, incredibly clean Air Jordan 7 and head-turning neon Vans. It’s crazy to think these are just the most recent collabs Patta has put out, which speaks volumes to their cultural significance in the European streetwear scene.

Though Patta is a big player today, the brand has very humble beginnings. The multi-label store launched 15 years ago as a collaboration between Edson Sabajo and Guillaume Schmidt, who shared a common passion for hip-hop culture and sneakers.

Music was what ignited his passion for sneakers. As Edson put it, “I was infected with the hip-hop virus.” He would pick up records from Malcolm X and Biz Markie, who sported Air Max 1s and Air Safaris on their record covers. At the time, he had no idea what they were – he just thought that they were cool. 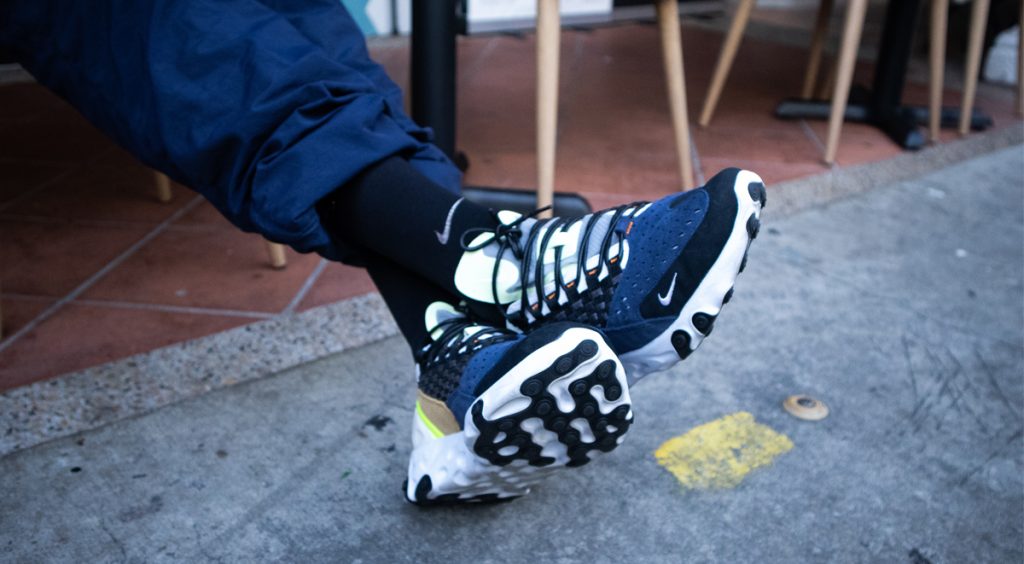 Edson Sabajo rocked the Nike React Sertu for his visit to Singapore.

He finally copped his first Air Jordan 4s on a visit to New York. When he returned home to The Netherlands, he was breaking necks with the AJ4. Seeing the love and interest he received for his recent pick-up motivated him to start up Patta. Their motto encapsulates the inspiration behind the brand – ‘Out of love and necessity, rather than profit and novelty’. “Everything we did was a hobby, it wasn’t for a profit,” Edson explained.

This was the formula that helped Patta last the long haul; Edson and Guillaume were sneaker fans at heart. This had a massive influence on how they chose and imported sneakers. Edson and Guillaume traveled overseas to hunt for sneakers that they would want in their own collection – that’s how they knew it would sell back in Amsterdam. “We would step into a store, see what they had. If we saw something we liked, we would first ask, ‘Do we have this in Amsterdam?’”, he detailed, “If a sneaker cost $30, could we sell it for $120? And would we buy it?” His sneaker-hunting adventures through the boroughs of New York helped him network and build a reputation among some of the biggest players in the American sneaker business, which eventually led to working with the big bosses and warehouses directly. As Patta gained more names and contacts, they started to exporting European sneakers to America.

But things were not always rosy for Patta – the early days were a real struggle for the then young brand. “We didn’t have a regular flow of shoes, so we had to travel to get new sneakers,” Edson recalled, “There were some days where we made no money.” Concurrently, his second store that focused on Asian sneakers faced bankruptcy and Edson had to use Patta to buy out half of its debt.

Those tough times passed and in time, Patta began making waves in Europe. As the internet came up, Patta started to appear on websites and became the talk of the community, even though they had no online presence. Impressed with their growing reputation, Asics reached out to Patta to create a sneaker. Edson recalled, “We started with a Gel Lyte 3, then everyone followed.” 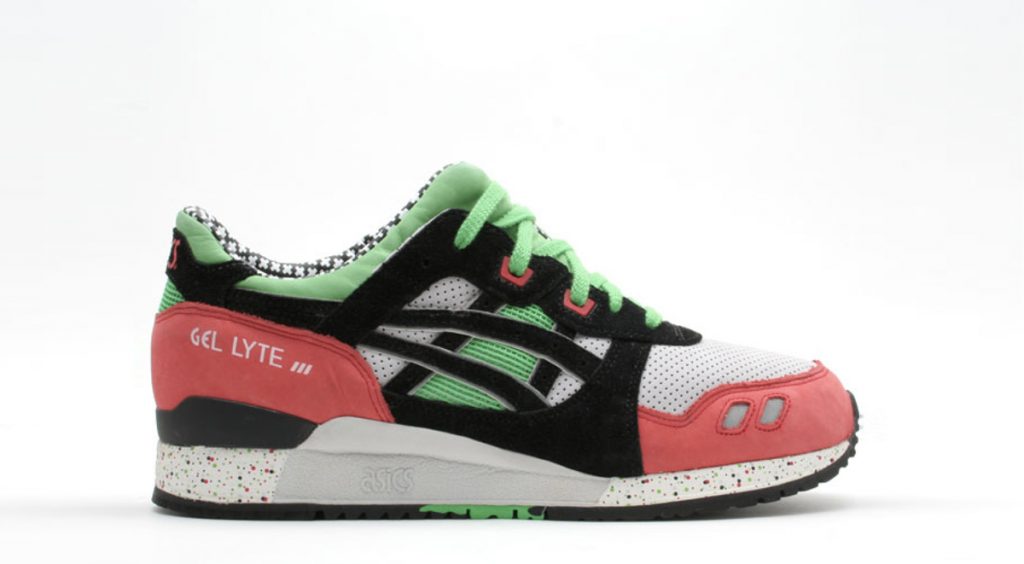 Patta’s first collab with Asics now resells for US$5,999 on StockX.

When asked what his favorite collab was, Edson highlighted his collaboration with Kangaroo. It wasn’t the shoes that really left an impression, but rather the experience of making them. “With Kangaroo, we made a shoe from the ground up, we learned a lot about making a sneaker,” he reminisced, “It was beautiful that they allowed us to do our stuff and saw the vision we had for the brand.” 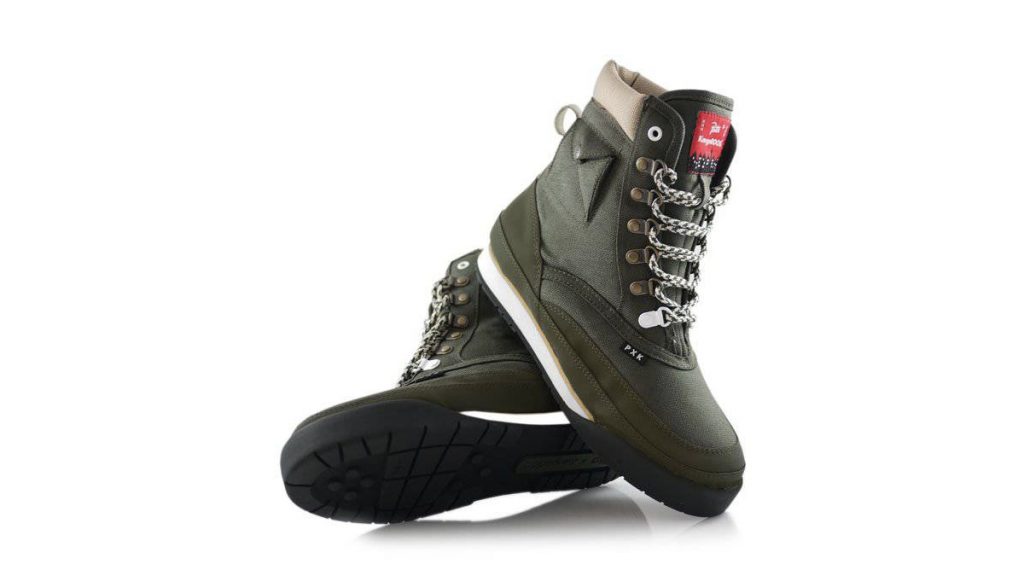 Patta’s collab with Kangaroo was unexpected but appealed to its Dutch fanbase.

Today, Patta has created countless collabs, building relationships with a multitude of brands. The company itself has grown, expanding into a 30-strong team spread across Patta, Patta Sound System, Patta Running Team and Patta Foundation.  Edson used to run everything, but now he has a team of dedicated designers and producers to create the products that have drummed up so much hype and love from fans. “I am very blessed, to be born in such a good time for hip-hop,” Edson reflected.

“Rap went from the Bronx to worldwide; everyone is rapping in their own languages. It doesn’t matter where you go, it’s big!” Edson pointed out that every reseller, store, and brand is a game-changer in their right. “It’s amazing to see the hip-hop state of mind spreading, businesses growing and making it their own,” he marvelled.

As for Patta? Edson continues to take pride in Patta being truly Dutch. “We want to be at the forefront, independent, black-owned company for all the people that will come after us,” Edson declared. “We have no investors and no debt, built a 30-man team, in 3 countries,” Edson said proudly, “I am truly blessed to be a part of it and still doing this.”

You can view Patta’s entire collection at Patta.nl and follow them on Instagram,@patta_nl, to get updates on the brand.