Purveyor of well-crafted lifestyle goods, FIN, collaborates with SBTG to produce a series of canvas totes that exude much utilitarian cool. We speak to the creators about the design process. 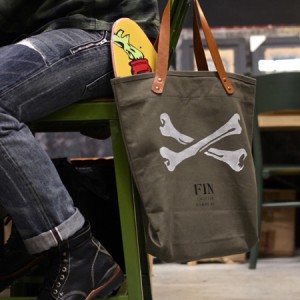 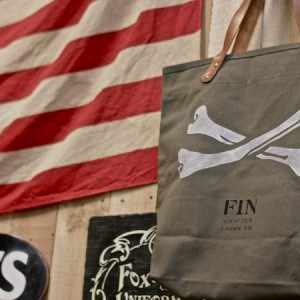 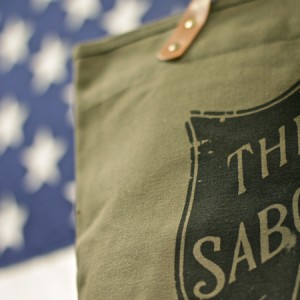 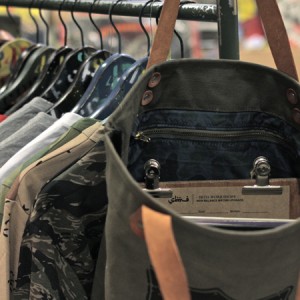 The creators of the FIN x SBTG “The Sabotage Army” Tote tell us they’ve created a series of bags they would love to own.

Representing the best of both worlds, each tote is a solid FIN military duck canvas bag featuring SBTG graphics.

There’s even a touch of satire to one of the models in the series wherein “The Salvation Army” cleverly becomes “The Sabotage Army”.

Fahmy said, “I am big fan of Mark’s work, so to collaborate with him is a tick off the bucket list. Both our work share the same aesthetics inspired from our love of skating, old military gear and punk music.”

This isn’t the first time FIN and SBTG are collaborating. In September 2013, SBTG worked on an a custom apron made by FIN, which was showcased alongside seven other custom aprons at the Goodcraft exhibit.

But this certainly won’t be the last time FIN and SBTG are collaborating. Mark Ong of SBTG said, “This is our second collaboration and we will continue to work on the third. I enjoy working with Fahmy because he doesn’t compromise, I know I can count on him to go the extra mile just to make it right. The end product is very different from a factory made product. You can sorta feel the presence of the artist in the product.”