For the Record: A Look into the Vinyl’s Resurgence

For the Record: A Look into the Vinyl’s Resurgence

Find out how the old-school vinyl record has outlived both the cassette tape and compact disc and staked its place among modern music formats like digital music and streaming services. The cassette may be long extinct and the compact disc (CD) on the verge of its demise, but the vinyl record has remained relevant and is even experiencing a resurgence among music lovers today. This, despite digital music and streaming services offering convenient formats for listeners. With his love for vinyl, it’s no surprise that Kurt Loy has a passion for DJ-ing too (Image credits: Kurt Loy)

Perhaps it’s the act of carefully placing the record on a platter and keeping it spinning from first track to last that has proven unique. Kurt Loy, a DJ with over 2,000 records in his collection, certainly thinks so. “Playing vinyl instils a greater reverence for the music at hand and encourages a listener to really pay attention to the music and play it the entire way through each side. It’s a wonderful experience and you will never get that with any other audio formats,” he said. Record collector Vinylucky, who sells vintage records in his shop of the same name, attributes the vinyl’s popularity to its quality that digital music seems to fall short of. “When you compare vinyl records and digital music, you can’t help but be easily swayed to prefer the record format. It captures your attention and it’s got soul. It’s like listening in a live environment,” he said.

According to Billboard and another more recent report, digital music and CD sales are on the decline. In contrast, vinyl album sales figures are up and record shops seem to be doing well for themselves. For instance, local retailer House of Turntables came onto the scene in 2009 and opened its third outlet in Serangoon Gardens this August, giving greater spread for its 50,000 vinyl records in stock. Its owner Kevin Pang welcomes the revival of the vinyl with open arms. “It is no surprise that the vinyl has made a comeback. Nostalgia, a different sound and having an album in your hand where you can read the artist’s story, enjoy the colored vinyl record’s appearance or buy a limited edition release, is something no digital music can give to the consumer,” he said.

Detractors may claim that records are just cheap pieces of plastic, but retailers will have you know that besides embodying music in its highest quality, some records have a backstory to tell and can fetch high prices, such as Vinylucky’s $2,000 price-tag for a particular record from jazz fusion group Fourplay. “It’s a fantastic record, but very few were pressed because in the 90s, record companies scaled down on records to make CDs which were more profitable,” he said. 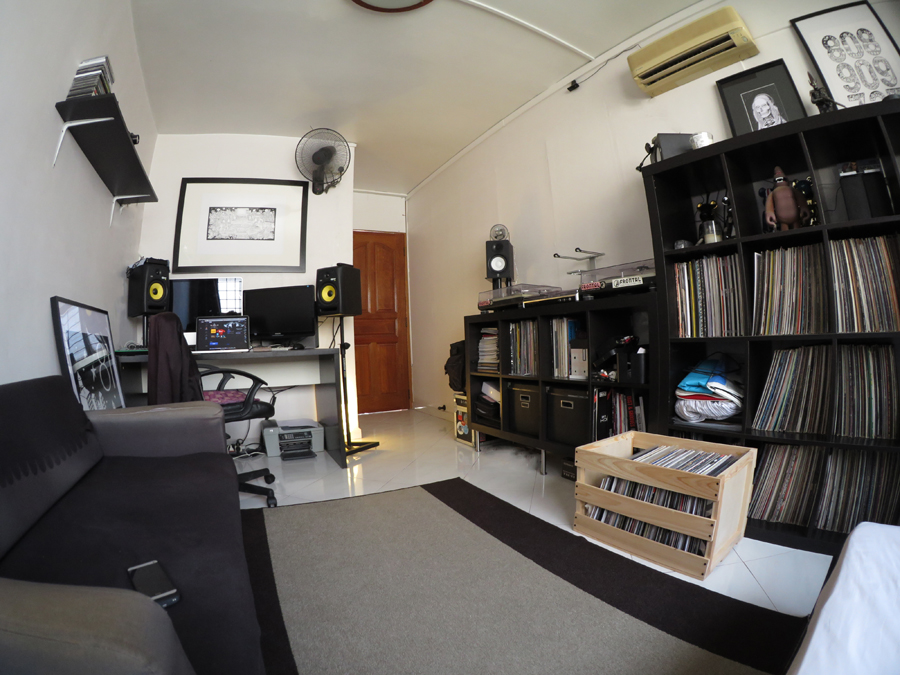 Just like all audiophiles, vinyl aficionados are selective of their choice of equipment and can have vastly different setups from each other. These can range from entry-level turntables to professional-grade ones that break the bank. “Some prefer details, some prefer sound staging and others prefer to just enjoy the music. Nonetheless, a good setup should be of decent quality with equipment that is set up correctly to ensure optimum functionality,” said Kevin.

With new vinyl collectors jumping on the bandwagon, old ones dusting off records from their storerooms and with a number of record shops scattered around the island, the scene has never been more happening. Sensing this, Kurt co-founded music collective Vinyl of the Day with a bunch of fellow DJs whom he met at various gigs. 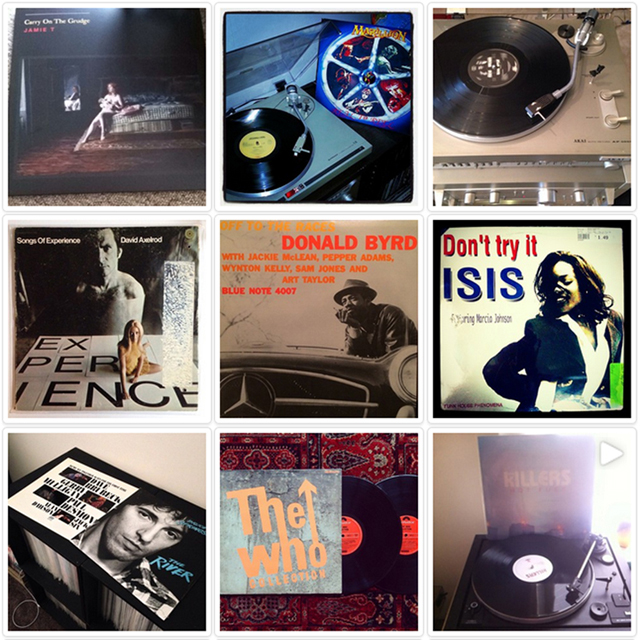 Just a glimpse into what the #vinyloftheday community is spinning

“The purpose is to setup a community for true music lovers to share their stories on collecting vinyl, exchange knowledge, appreciate quality music and perhaps some trading of records,” he said. Vinyl of the Day keeps a tab on all things vinyl around the world, and gives the community the opportunity to share with others their new records or just something they’re currently listening to via #vinyloftheday.

Part of the experience of vinyl shopping is the joy of cratedigging – the act of riffling through stacks of records to find that one special one that truly resonates. It’s an exercise that flexes the muscles of selection, curation, and appreciation. So as opposed to having a sea of music at your fingertips a la digital formats, which also tend to promote whichever recording company pays them more via advertisements, what the vinyl offers is the novel experience of finding the treasure yourself.