The Apple Keynote Events, where Apple unveils its newest innovations and upgrades, have drawn something of a cult following. At this year’s edition, the company introduced a new and bigger iPad, improved iPhones and a reworked Apple TV. Apple up-sized its tablet and came up with the iPad Pro that features a 12.9-inch Retina display and plenty of computing power, thanks to a 64-bit A9X chip. Four separate surround-sound speakers make this device as much an entertainment hub as it is a desktop-replacement. No local pricing yet but it’s likely to reach the four-digit range.

Complementing the iPad Pro are new accessories that make drawing and typing a breeze. The Apple Pencil is a stylus that lets users apply different levels of pressure for varying line thicknesses. Drawing at certain angles will also change the level of shading.

The Smart Keyboard snaps magnetically onto the iPad Pro and has the same technology as other MacBook keyboards.

iPhone 6S and 6S Plus It’s no secret that Apple fans hold out for its smartphone updates each year, and the iPhone 6S and 6S Plus offer noticeable improvements to their predecessors.

Besides the new Rose Gold color and 12-megapixel camera, Apple brings in 3D Touch technology that’s familiar to Apple Watch users. This technology brings up the appropriate menus and shortcuts, depending on the pressure exerted by the user when they tap and hold on each icon. 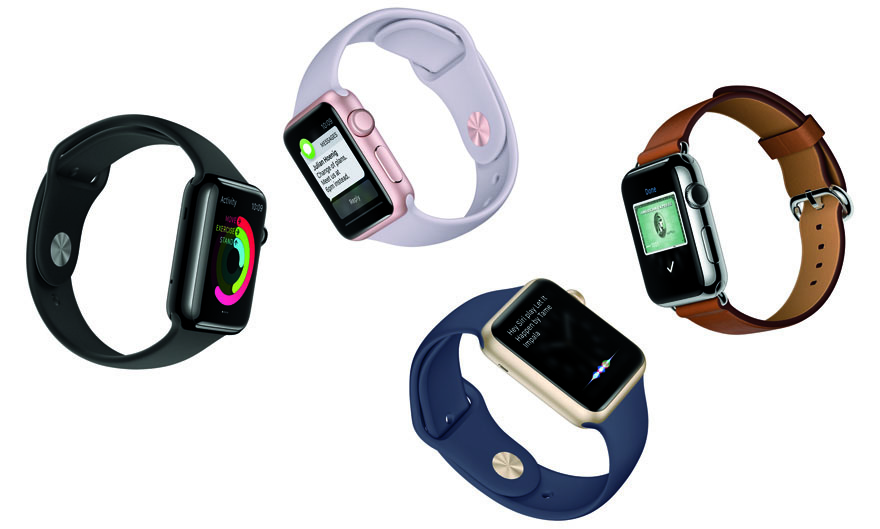 Apple re-built its Apple TV from the ground up, adding a new operating system – tvOS – along with a Siri-powered remote. With tvOS, third-party developers can create apps for the Apple TV, and certain games that were only available on iOS can now be played on TV.

Siri on Apple TV helps to search for relevant content, and drills down to even the most specific requests, like a certain episode of a show that stars a certain actor.

With all the new hardware, Apple has not forgotten that having the latest software is equally crucial to users. Its iOS operating system will enter its ninth iteration, offering new features like multitasking for iPads, redesigned Notes app and enhanced security features.

iOS 9 will be available from Wednesday, September 16th.