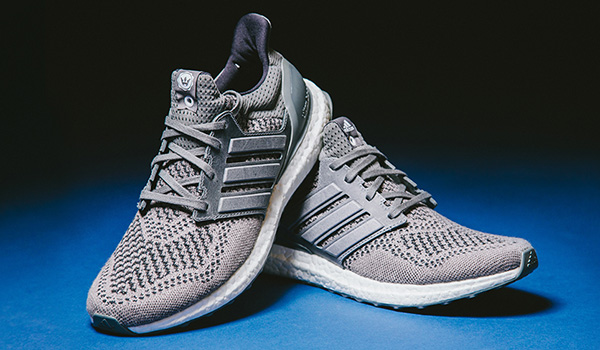 Highsnobiety joins the growing list of adidas Ultra Boost collaborators, even throwing in another sneaker model for those who prefer a classic.

Street magazine Highsnobiety teams up with adidas to create a unique take on the Ultra Boost and Campus 80s.

Seen as one of the comfiest shoes today, the adidas Ultra Boost has blurred the line between running performance and street fashion.

Highsnobiety‘s version of this sneaker sees the uppers clad in lavender grey Primeknit and leather details on the cage. Both the insole and tongue tab come with labeling from both brands, and the leather insole also receives custom Highsnobiety patterns. Matching grey laces finish the shoe’s luxurious appearance.

Besides the Ultra Boost, the classic adidas Campus 80s forms the other half of this release. Once worn by basketball players, the Campus 80s had a good run in hip hop culture and has transitioned into a lifestyle sneaker today.

While the Campus 80s was traditionally constructed from suede, this version comes with a glove leather upper and buttery-soft tan leather lining for premium comfort. Similar branding can be found on the insoles and tongue.

The Highsnobiety x adidas Consortium Ultra Boost and Campus 80s will be released on Highsnobiety’s website on April 2nd. A wider release, which includes retailers like Limited Edt, is set to take place on April 9th. The Ultra Boost will retail at S$299, while the Campus 80s goes for S$179.