Everyone at the Hood By Air show on Sunday morning got an education in gender bending fashion and unblended contouring. 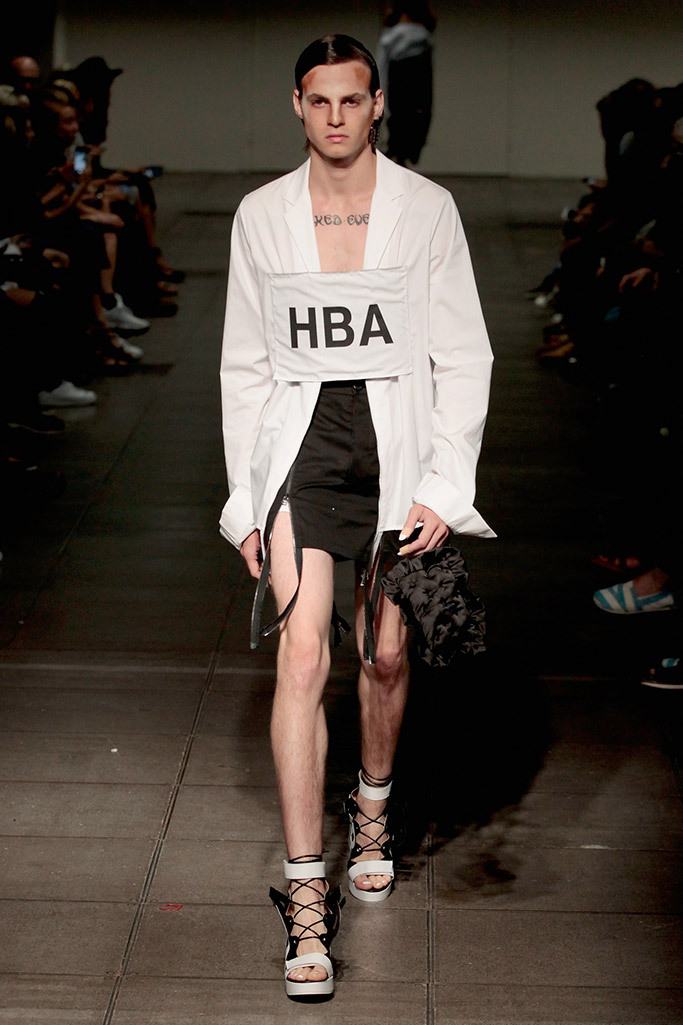 Hood By Air, a cult label that marries streetwear sensibilities with high fashion, helmed by designer Shayne Oliver, has been known for its oversized tees and less-than-common silhouettes bearing bold graphics. Its hottest pieces are often the ones that come with the logo “HBA” emblazoned prominently across its garments. You would know, because you would’ve seen them on the hypest kids on the streets.

But the Hood By Air Spring 2016 collection at the NYFW15 is a firm reminder that Oliver is a serious designer with some serious accolades including a nomination for the CFDA’s Swarovski Award for Menswear. He was also a runner-up for the LVMH Prize, which recognizes budding design talent. 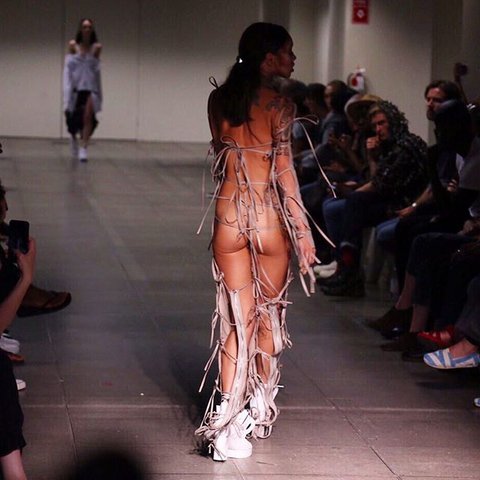 Backless outfit at Hood By Air via Vogue.com / Fashion to Max / @fashiontomax

On Sunday morning, Oliver sent models down the runway in rebellious school uniform inspired garb, which included a healthy dose of leather, cutouts, and in one particular instance, complete backlessness.

The models also walked the runway with streaks of brown and white across their faces. Those who know a thing or two about makeup will know that this is the result of unblended contouring, seemingly a jibe at society’s obsession with contouring – a cheat method for shaping the face, creating jawlines and lifting cheekbones by playing with light and shadows. 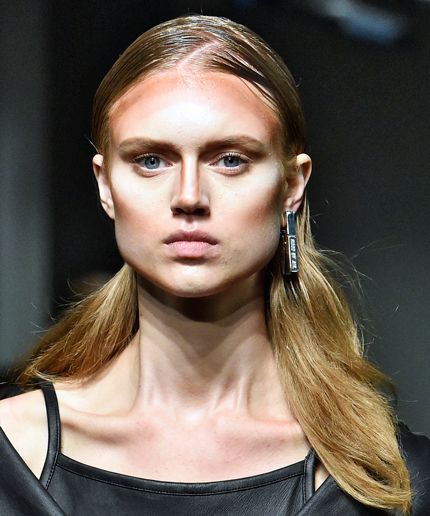 The show was attended by the likes of Kanye West, Kim Kardashian, Kylie Jenner and Tyga. A$AP Rocky, who famously called HBA “weak shit” was nowhere to be found.