I Dub Thee: Nez of Drop Shots Speaks with Kiat, Founder of Syndicate

I Dub Thee: Nez of Drop Shots Speaks with Kiat, Founder of Syndicate

I Dub Thee is an ongoing series featuring conversations between Nez, creator and resident at Drop Shots, and his guest artistes. This month, Nez catches up with Kiat, founder of music label, Syndicate, ahead of his set at this Friday’s Drop Shots. 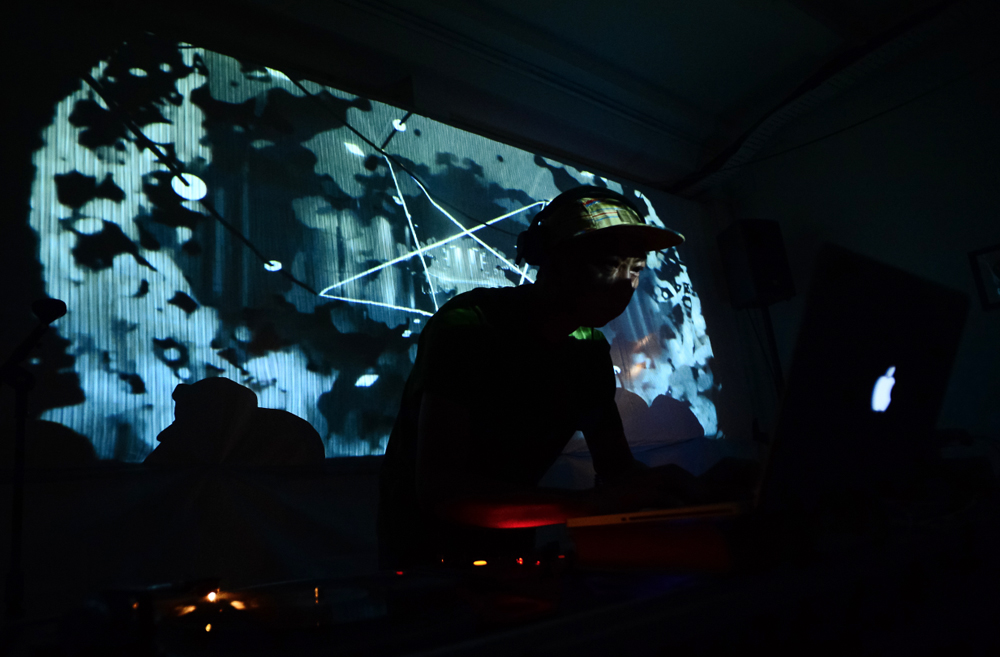 Hi Kiat. Thanks for taking the time to sit with us for some 411!
All good mate! Thank you for having interest in the music.

You’re an established pioneer of Drum & Bass artistes from Singapore, with your music being signed to labels such as Metalheadz (UK), but take us back to the start; describe your first forays into electronic music and DJing.
My first conscious experience with electronically produced music was in the early days of pop music when guys like Prince started using the drum machine as a main feature of the rhythmic patterns in their production. Tunes like ‘When Doves Cry’ really turned me on to electronic percussion at a really young age; I think I was seven at the time. Since then I have been lucky enough to witness the early days of hip hop with guys like Afrika Bambaataa putting out huge tunes like ‘Looking For The Perfect Beat’ or Art Of Noise’s ‘Beatbox’ which served as musical bookmarks in my early years.

Some may not know that you were a DJ at Zouk back in the earlier years. What was Zouk like back in the day?
If I can be honest about it, every weekend I spent at Zouk was a lesson in electronic music. Watching guys like Jeremy Boon and Jonathan Yeo work their magic while building a set on the decks over hours was something to experience. To be fair, the crowd really was different back then and of course the energy was different. I think that was before the music journalists started creating genres definitely. The term ‘balearic’ was used quite a bit to describe the feeling the music gave. I distinctly remembered nights where everything from Public Enemy to Prince, from Joey Beltram to The Orb was dropped on an unsuspecting floor and seriously everyone in the club went crazy every single weekend. It was absolutely nuts and I think it changed not only my perception of how music could be presented but for a whole generation.

As a DJ, producer and music fan for years, how do the vibes back then compare to the vibes now, what with the global renaissance of the DJ and electronic music in general?
I think the true appreciation of music has diminished due to the easy access through technology. From consuming music to making music, it doesn’t take very much to get either. I have also been guilty of this as well, as there are times where I just have an entire folder of tunes I have been sent but I am too busy at work to go through them unless I have a gig coming up. But I still do make every effort to go through every single tune and I give feedback to everyone who sends me music whether it is someone just starting to make music or one of my peers. On a global level, the art of DJing has changed due to the changing demands of the punters in the way they consume music. As festivals have been gaining popularity, I’ve noticed that most DJs just go for maximum impact right from the first tune. I guess it works for instant gratification but I think that is an easy cop out although that is just my opinion anyway. I don’t think there a right or wrong, but just a difference in styles.

You founded Syndicate in 2009, how has the ride been? Do you find that Singaporeans can accept that style of music/performance, and embrace the idea of digital art performed via audio and visual mediums?
The ride has been incredible and still is, not only for me, but for the whole crew. I have always believed that visual and audio can work together to elevate a moment… it is a bit like watching a movie with great sound design. One may not be conscious to every single sensory input but I think on a subconscious level, our brain combines all our senses that are not limited to only sight and sound to give us an experience. In regards to the ‘style’ or the lack of style, which I prefer to call it, I hope that people who come to our nights appreciate the honesty of the performer, be it a DJ, producer, vocalist, or whoever. We usually encourage our line up to play anything they feel like!

Lastly any special shout outs or future plans for you as a producer as well as Syndicate?
Yeah major respect goes out to all the audiences who have been supporting the music and our scene. I think there’s a real good buzz at the moment! On the Syndicate front, we will be celebrating five years soon and we have some surprises in store which includes a .gif album in the lab. I am just trying to finish up the last few tunes on my second album as well as a remix for Finnish artist Fanu for a vinyl release on a German label soon. Lastly, a couple of us will be touring on a National front with the whole SG50 thing. We will be traveling to Beijing with The Observatory and .gif to London, and with the Octover live band to New York City to present a show as well as collaborate with the local peeps. That’s about it in a nutshell… Oh yeah, last but definitely not least, to you for having the interest in what I do! BIG UP YERSLEF and keep the shots droppin!!!!!

Give this all-Kiat back catalog mix by Nez a go: