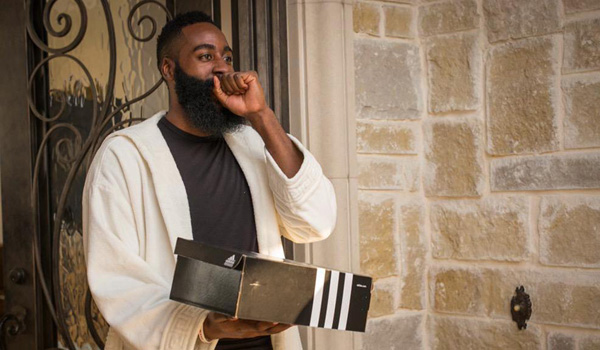 It pays to be endorsed by adidas, as James Harden found out when the sportswear company sent a huge welcome gift to the basketball player.

When Houston Rockets’ shooting guard James Harden signed a deal with adidas worth US$200 million back in August, he knew he’d be getting his own signature shoe and line of products. What he probably didn’t count on was adidas sending a truckload of sneakers right to his doorstep.

But that’s exactly what the house of the Three Stripes did, when Harden’s contract kicked in on October 1st. Dressed in his robe, Harden was visible surprised at the new stash he received – enough Superstars, Stan Smiths and Ultra Boosts to last him for years. Only the best for adidas’ flagship basketball ambassador.

Check out the video below: