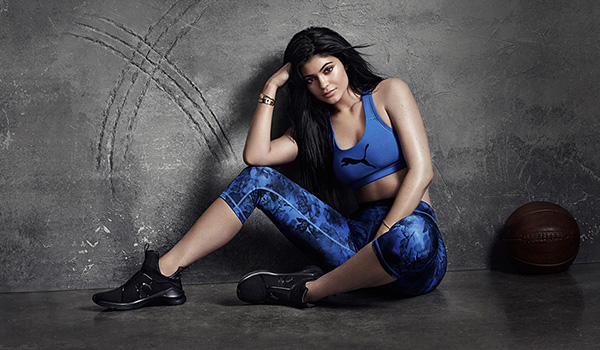 After giving the world a glimpse of her upcoming work with PUMA, Kylie Jenner finally unveils the official ad campaign and a new sneaker known as the PUMA Fierce.

According to Bustle, the slip-on “has a demi upper bootie construction with technical overlays, a supportive midsole, and flex grooved outsole allowing for fast and dynamic multi-directional movements”. The appearance and description of the PUMA Fierce seems to be rather similar to Rihanna’s FENTY trainer.

Priced at US$90 a pair, the PUMA Fierce will be available in four colors and will be released on April 1st at PUMA stores and select retailers worldwide.

Kanye West, furious when news first broke of Kylie’s rumored signing with PUMA, had tweeted, “1000% there will never be a Kylie Puma anything. That’s on my family! 1000% Kylie is on Yeezy team!!!” But Yeezy has since calmed down and admitted that while he was mad at first, he’s now happy for her. All’s well in the family after all.