Two of Singapore’s biggest names in sneaker culture — Limited Edt and SBTG — join forces for their first official collaboration together. 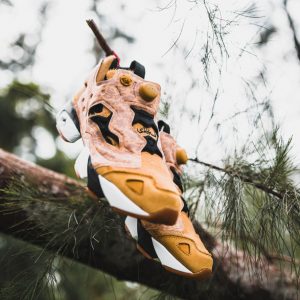 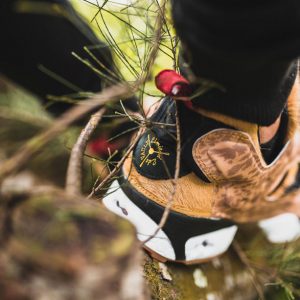 Taking the next step in a friendship that started back in 2003, Limited Edt and SBTG have finally produced their first sneaker collab, on the Reebok Instapump Fury, no less.

The Limited Edt x SBTG x Reebok Instapump Fury, a project that has been three years in the making, features SBTG’s iconic Parsillia camouflage pattern alongside Pellegrini pony hair on the sneaker uppers.

“We did not approach this project from a national symbol or store colorway standpoint, but more from our fascination with the lion,” said Mandeep Chopra, owner of Limited Edt.

“The camo pattern is supposed to mimic how this majestic creature uses its habitat to camouflage itself and prey on its kill,” he added. Other neat details include an embroidered SBTG logo, gold Limited Edt branding on the heel and a panel under the tongue so that select customers can receive complimentary iD service by SBTG himself.

The rate at which collaborations have popped up has made it easy to overlook the effort that accompanies the design process. Not so for SBTG (Mark Ong) who maintains each of his work, including this collab with Reebok and Limited Edt, stem from a compelling vision and a story to tell.

“There are some designs that just look good but could be easily forgotten,” said SBTG. “I really value the opportunity of a collaboration ticket with a brand and I always make sure it’s expressed with some depth instead of just ‘colorblocking’ it. As you know, in this inevitably saturated industry, it’s not what you put out but how you are remembered.”

Read More: The Complete List of Sneaker Collaborations from Singapore