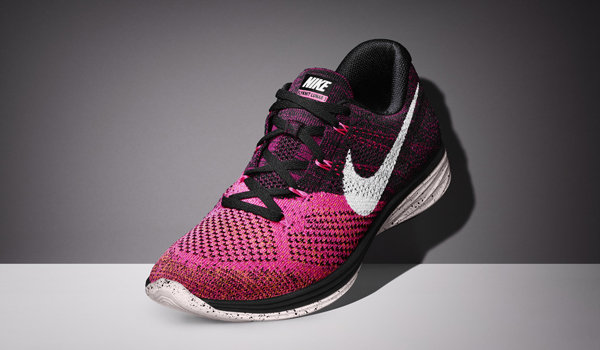 The Nike Flyknit Lunar series has been a popular choice for runners and the fashion crowd, thanks to the numerous flashy colorways and responsive running characteristics. Its third iteration, the newly-released Nike Lunar Flyknit 3, retains the features that made its predecessors such a hit while adding improvements for better performance.

An evolved Flyknit upper contains more open knit in the forefoot for increased breathability and stretch, along with a tighter knit structure in the heel for snug support. The shoes also feature a contoured, locked-down fit with an integrated tongue and a plush collar. Lastly, the Lunarlon midsole has been reformulated to deliver a lighter, more responsive ride, and the outsole has been pressure-mapped to guide each stride naturally.

Available in several colorways, the Nike Flyknit Lunar 3 retails for S$249 and will be available at Nike stores from March 5th. Check out the promotional video below: