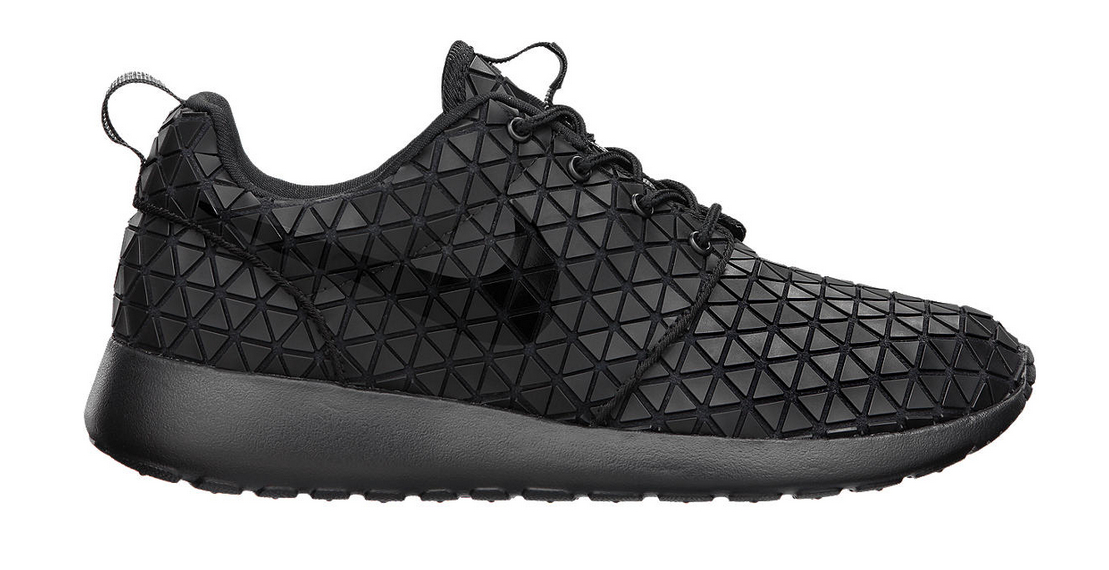 Could Nike have been inspired by the Issey Miyake Bao Bao in the creation of the Nike Roshe Run WMNS “Metric”?

Rather than releasing the Roshe Run in a different colorway, Nike has taken things to a whole new level with the new Roshe Run “Metric”. Exclusively for women, the black-on-black Roshe features a unique geometric panelled upper, creating a futuristic twist to the minimalist sneaker. Additional details include a tonal swoosh and metallic silver pulls on the tongue and heel. The shoe is finished off with a black sole and Nike’s Solarsoft cushioning.

These slick kicks are available at Limited Edt for $139.