The message of the collaboration was delivered via a 90-second video, featuring the tagline, “Equality Has No Boundaries.”

The video was given a black and white treatment, and features the likes of Serena Williams and Alicia Keys. It shows the boundaries of a basketball court being widened with a voiceover expressing statements such as, “You’re defined by your actions” and “Worth should outshine color”.

Virgil has also worked alongside Nike to release a limited edition t-shirt featuring a multi-flag design, with countries layered on top of one another as a symbol of unity. According to an update on the Off-White Instagram, the t-shirts will be available at House of Hoops in New Orleans.

In a statement (source: i-D), Nike has said that the brand has “always stood for equality for all and against discrimination in any form. The T-shirts pay tribute to the principle of equality, and builds on our long-time commitment of supporting the voices of those that are not always heard.”

We can’t say we’re surprised at this collaboration, earlier this month, Virgil stopped by Columbia University for a guest lecture to discuss his creative inspiration. Halfway through the talk, he confirmed rumors of an Off-White sneaker collaboration with Nike were indeed true. 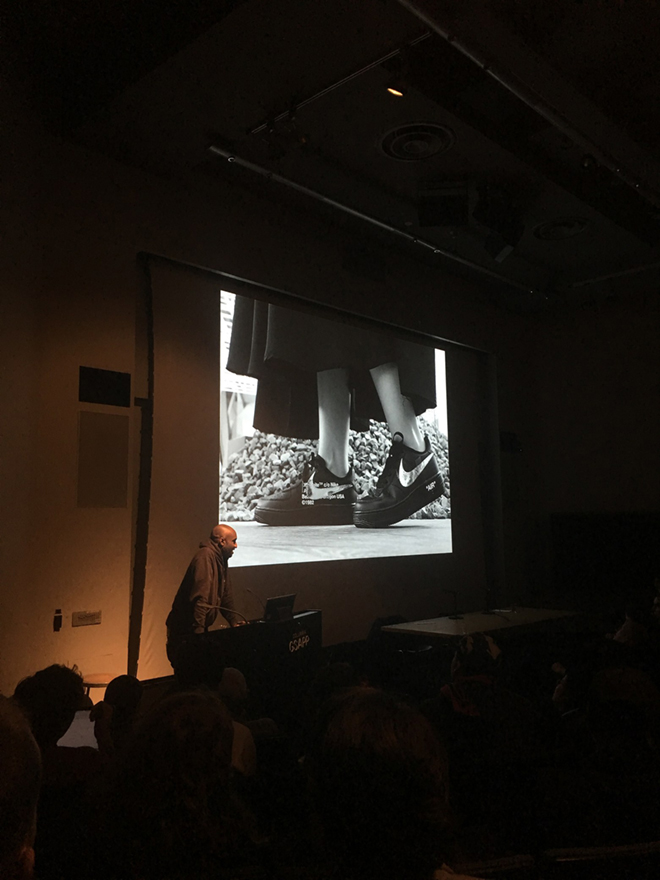 According to Vogue, two sneaker samples were revealed: a “men’s” hightop version that the fashion tome claimed “looked a lot like a pair of Air Jordans” and another with the Nike Swoosh seemingly reattached atop some Off-White typeface in Helvetica. The newly unveiled sneakers are speculated to come in two colorways: White/Black and Black/Foil.

With so many things up Virgil’s sleeve, we look forward to what’s coming up next.