To mark their 20th anniversary in 2022, Preduce Skateboards has partnered with G-Shock to deliver a DW-5600 that is meant to keep skateboarders safe as per Thai tradition. 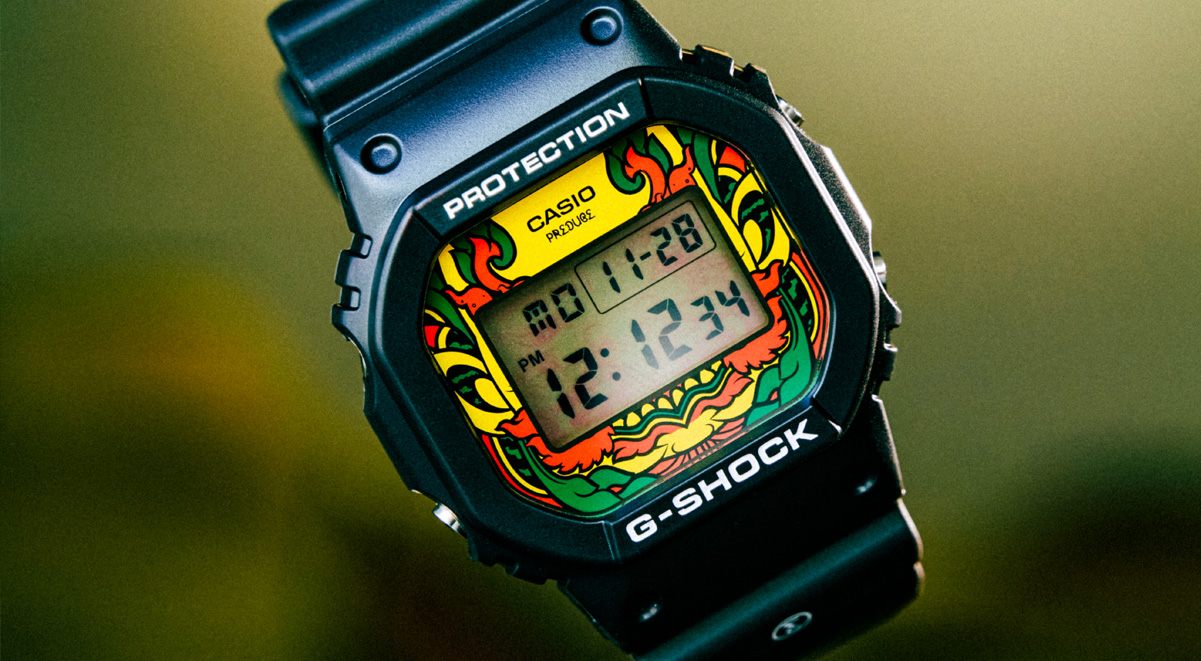 Keeps time and keeps you safe

To commemorate its 20th anniversary, Thai skateboard brand, Preduce Skateboards partnered with G-shock to create a DW-5600 timepiece. Designed by famed Preduce art director Thun ‘TRK” Puchpen, the DW-500 draws inspiration from Thai mythology, specifically the face of the Thai Guardian Giant – an image that is believed to keep bad spirits away; keeping wearers safe as they skate.

Colors and patterns of the culture

The collaboration is a homage to the art and colors found in traditional Thai art and the capital city of Bangkok. The Thai Guardian Giant is illustrated in a similar fashion to depictions on Thai temple walls while the animal fur background is a nod to the character’s clothing. The combination of black and green is a fusion of Preduce’s brand colors and the official logo of Bangkok city. This sums up Thun’s design philosophy of “new traditional” – a fusion of past and present design elements.

The combination of mythological imagery and the fur-lined backdrop is translated onto the design of the packaging of the collaborative timepiece. 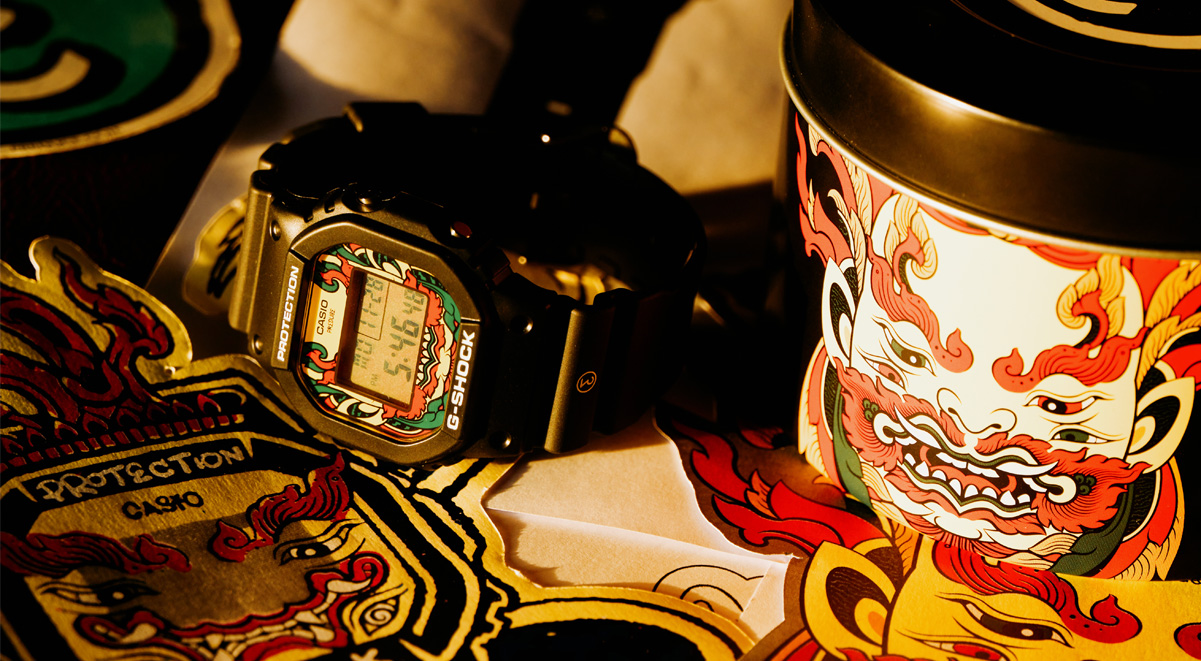 The collaboration is based on the DW-5600, which is a baseline, rugged model from G-Shock. Though simple and affordable, at S$179, the model offers the brand’s signature shock resistance, 200m water resistance, hourly time signals and countdown timer. The perfect timepiece for your skateboarding adventures.