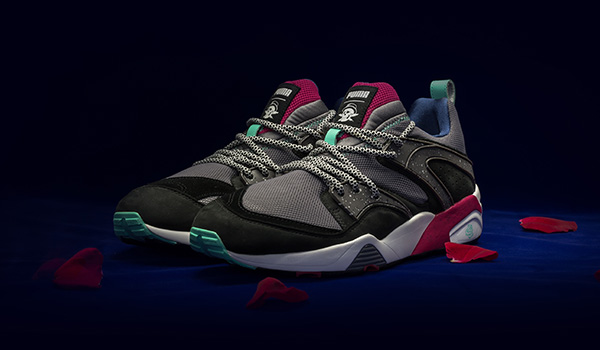 But the devil is in the details. The shoe features tonal gray mesh uppers, luxurious nubuck and leather on the toe box and a speckled cage. The gloomy color tones are meant to depict the dark themes that play out in the film. ‘Rose’ really gets its name from the pink on the shoe tongue, the rose stencil print near the heel and the rose-printed insole.

The official launch will be held exclusively at Crossover Mid Valley on Friday, April 15th. The shoe will also be available in Singapore at Limited Edt, but a firm release date and local pricing have not yet been revealed.

After ‘Roses’ comes a second release of the pack, titled ‘Mystery’, a Disc Blaze model. Like ‘Roses’, ‘Mystery’ is also inspired by the film ‘Blue Velvet’. That much we know – in keeping with its name, the release date for ‘Mystery’ remains largely unknown.