The scorching sun was no deterrence for Singapore’s skaters, as they took to East Coast Xtreme Skatepark for the inaugural Red Bull Local Hero Tour. 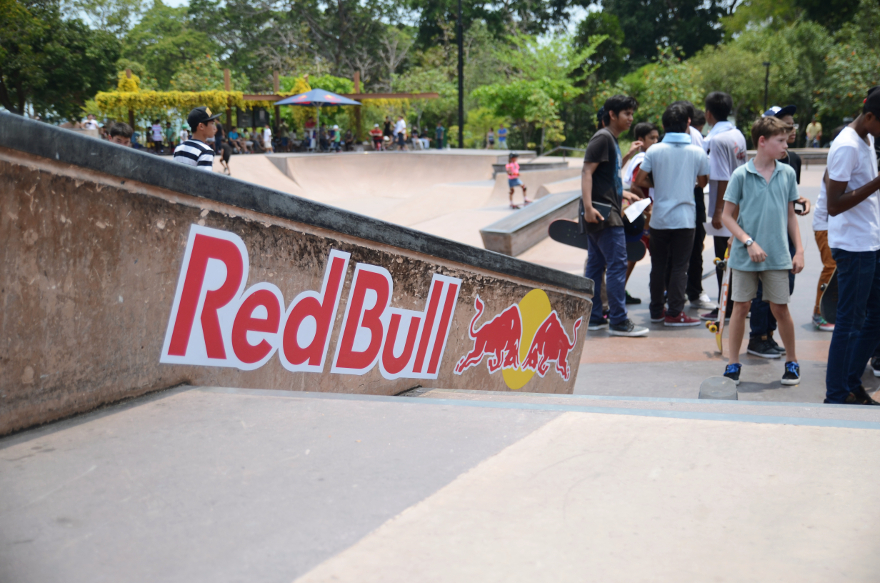 While some were there to skate, others showed up to meet their heroes – Red Bull athletes Ryan Decenzo, TJ Rogers, Barney Page, Madars Apse and Singapore’s very own Farris Rahman, who were on hand for an autograph session and to double up as judges for the skate competition.

The Red Bull athletes also showcased their skills to a watchful audience. All except the injured Madars took to the court for a captivating demo session. The biggest cheers were reserved for homegrown pro, 20-year-old Farris, who started skating at the age of four. All the hard work has paid off; today, he is Singapore’s No. 1 skateboarder. Having signed with Red Bull, Farris is living the skateboarders’ dream and going on skate tours with the Red Bull crew. “Being a Red Bull athlete means a lot, more than words can describe. The ability to skate with professionals that you’ve always watched on TV and seen in magazines…the opportunities are endless,” he said.

The Red Bull Local Hero Tour has garnered interest from the local skateboarding community. “This is the first big event this year so I hope there are more events like this. Previously, we didn’t really have many big competitions; it was organized by locals,” said local competitor Chris van Huizen. Post-demo, the athletes barely had a chance to breathe as the autograph session that followed saw fans of all ages taking the rare opportunity to meet their idols.

The skate competition took up the remainder of the afternoon, as skateboarders, inspired by what they saw earlier in the day, tried their best to impress the panel of judges. The judges were impressed, to say the least. “Skateboarding is hard… You can’t be consistently perfect every day… But there’s definitely a high level we’re seeing in the skateboarders in Singapore, and it’s thanks to the skate parks and facilities that has been set up here,” said Ryan Decenzo.

Decenzo, who hails from British Columbia, also gave some words of wisdom for skateboarders seeking improvement. “Just remember to have fun, set your mind to a goal and keep moving towards it. Keep skating, whether it’s in the parks or in the city; don’t listen to security guards. That’s probably the wrong thing to say but that’s really how skateboarding originated from and that’s the spirit of it.”