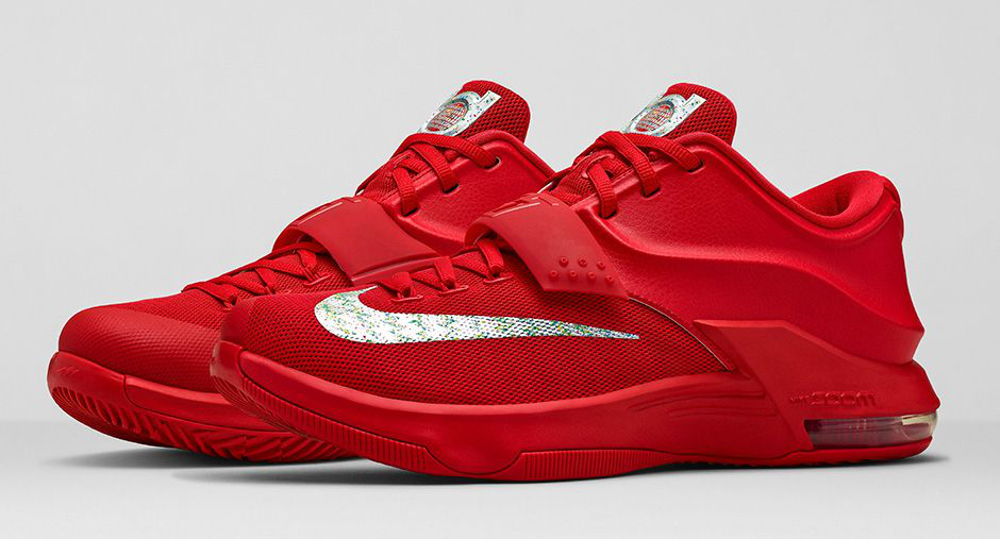 What could be better than being crowned Best Male Athlete? For Kevin Durant, it’s probably having a seventh signature shoe to his name.

Say hi to Kevin Durant’s KD7 “Global Game”, reminiscent of the Yeezy “Red Octobers”. This summer, Durant will be travelling to Chicago and Spain to shoot some hoops and these sneakers reference the journey ahead for the recently crowned Best Male Athlete.

They come in his favorite action-red colorway, along with a globe graphic on the tongue and a multi-colored confetti-adorned Swoosh. Technological improvements such as a seamless forefoot mesh, dynamic Nike Flywire technology and a newly developed Nike Zoom Air have also been made.

The Nike KD7 “Global Game” drops on August 2nd at Nike accounts worldwide for US$150.