Shigeyuki Kunii Discusses the 20th Anniversary of the New Balance 580

Shigeyuki Kunii Discusses the 20th Anniversary of the New Balance 580

Shigeyuki Kunii was in town recently to promote his latest collaboration with New Balance. We pulled him aside to find out more about his work on the 580, 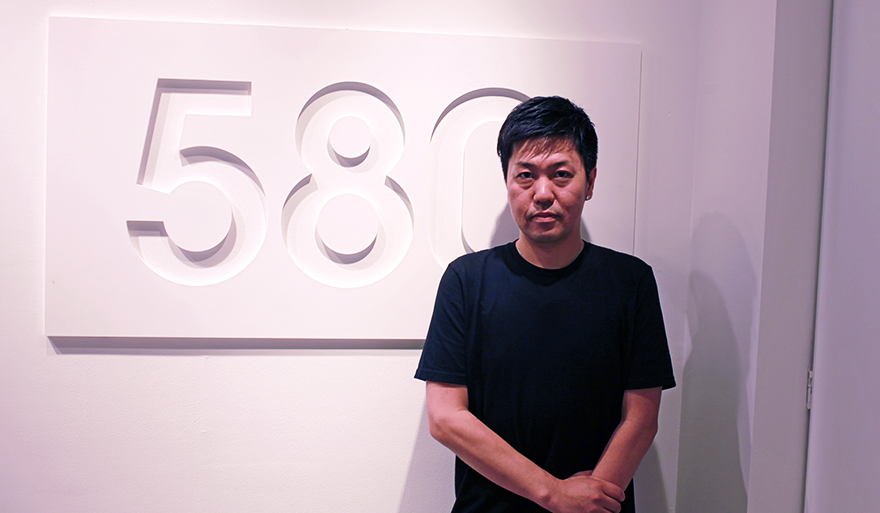 Having worked on several collaborations with New Balance, Shigeyuki Kunii, Creative Director of Mita Sneakers, looks at his latest creation, a 20th anniversary edition of the 580.

Speaking at the New Balance 580 Pop-Up Gallery, Shigeyuki reminisced about the first time he picked up the 580, at a sales rack.

“The 580 was released with the intention that it would be available in Japan, but it didn’t really match the trends in the Japanese at that time (in 1996),” he said.

Still, it proved to be a hit in the streetwear scene, as people took to the trail-running sneaker and made it their staple.

Shigeyuki also highlighted the improvements made to the 580, such as the addition of the REVlite midsole.

He cited artists like SBTG, whose work with Mita Sneakers on the 580 made waves in the sneaker community. “Mark’s aesthetic is a bit street, and it feels like ‘bombing’ a signboard. It has a very strong influence,” he added.

At the official launch of the pop-up gallery, Shigeyuki also talked about the inspiration behind Mita Sneakers’ 20th anniversary edition of the New Balance 580, from the tri-colored design to the re-engineered silhouette.

“The 580 was due for an overhaul just as we were starting to create this design. We ended up developing it concurrently with the main line, and it took around one and a half years for our collaboration to complete,” Shigeyuki said.

Lastly, Shigeyuki gave a glimpse into the future, one where Mita Sneakers is seen as a departure from big chain stores and is deemed a place that people absolutely have to visit when in Tokyo.