Singapore adidas collector Iqbal Arshad has been invited by adidas to exhibit 60 of his rarest sneakers at the new adidas Originals store at VivoCity due to open on December 18. As Iqbal prepares for the display, we caught up with him at his sneaker storage unit where he tells us why he loves the Three Stripes, talks us through his favorite collaborations, and unboxes the stories behind his most prized sneakers. A bulk of Iqbal’s adidas collection is made up of collaborations from brands like Bape, Luker by Neighbourhood and Neighbourhood.  Standing in front of Iqbal Arshad’s 100-sneaker strong storage unit, it became clear to us that this was an adidas connoisseur who really knew his stuff.

His tasteful collection includes collaboration pairs from brands such as Neighbourhood, Luker by Neighbourhood, Bape, Mastermind and, of course, Kanye West. By estimation, Iqbal’s adidas collection is valued at upwards of S$10,000 at retail.

From the football field to the streets

It was Iqbal’s love for football as a teenager that made him first notice adidas shoes.

“The Predator series was just released and was hype among the football community. They were 150 bucks in the ‘90s, which was a lot,” he admitted.

Since the football cleats were out of reach, Iqbal turned his eye to adidas’ lifestyle sneakers, which were more affordable then.

“I discovered the Sambas, Pro-models and Superstars. Then I learned about streetwear and brands like Neighbourhood, Bape and their collaborations. I dived deep into these brands and learned as much as I could,” he explained. Along the way, he learned of the Hong Kong streetwear icon Edison Chen, who was known to rock Japanese and Hong Kong labels. His unique sense of style made Iqbal pay more attention to streetwear and street style sneakers.

“Streetwear was not common, but back then it was defined by Edison Chen. To me, he was on par with Kanye West,” he said. 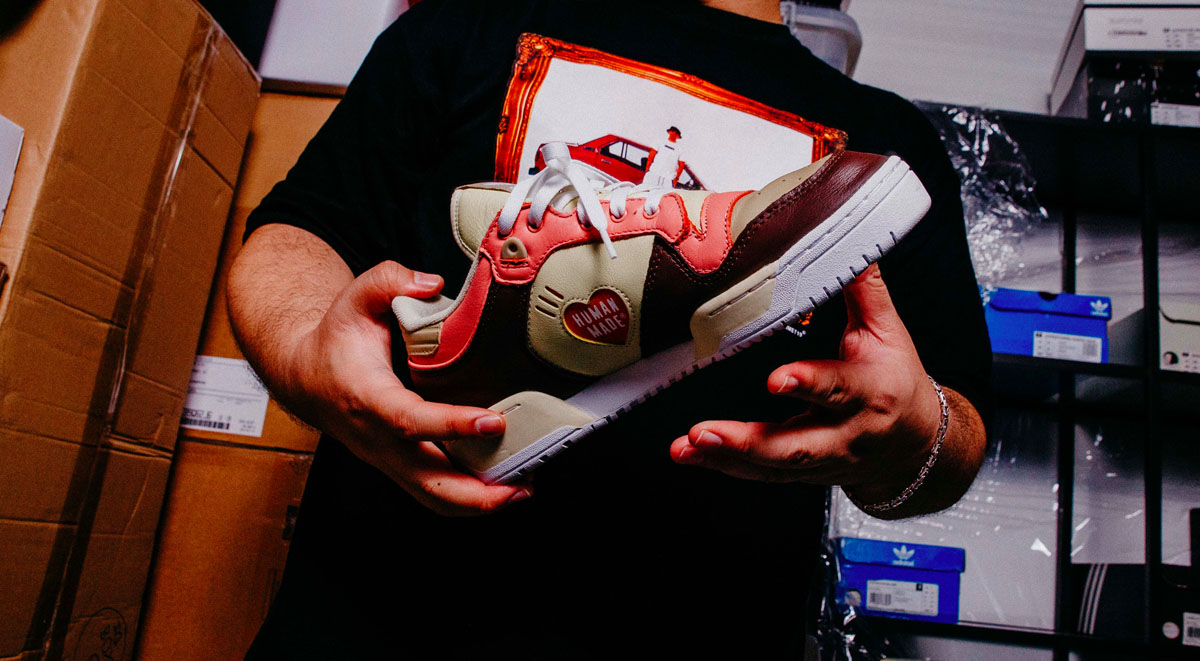 Iqbal’s first adidas sneaker was the Pro-models which he used as a daily beater. Today, the Human Made x adidas Rivalry low and the Yeezy 350 “Pirate Black” are part of his regular rotation.

A big part of the reason why Iqbal loves adidas—and its Japanese brand collaborations, in particular—is because quality and construction of sneakers mean a great deal to him.

“Streetwear was not common, but back then it was defined by Edison Chen. To me, he was on par with Kanye West.” – Iqbal on Edison Chen’s influence Iqbal managed to get his hands on a pair of the Neighborhood x adidas Superstar 80s “Luker”, by chance, while backpacking through Thailand months after the sneaker first dropped.

On top of that, Japanese collaborations are incredibly exclusive. In the ’90s and early 2000s, fewer pairs were made for Japanese labels as they were intended to be Japan-exclusive releases. And, since this era predates reselling platforms as we know them today, such collaborations were much harder to obtain.

Case in point: the coveted Luker x adidas Superstar sneakers Iqbal owns he acquired purely by chance. “I remember I could not get a pair in Singapore and this was back in 2010, before StockX and Goat were mainstream,” the adidas collector recounted.

“It was during a backpacking trip through Thailand where I found it, months later. The last pair they had was in my size and I had to call my then-girlfriend, now fiancé, to transfer some cash. I still have the receipt which is in Thai!”

adidas has been known to innovate and push the boundaries of sneaker design, whether it’s through the improvement or creation of a silhouette or collaborations. What hasn’t changed is the fact that adidas stays original.

Iqbal cites the Micropacer as a prime example of adidas’s boundary-pushing design that has remained its own. “Nobody has ever copied the screen and step counter on the Micropacer, which is one of their most original designs to date,” he confirmed. The Lego x adidas ZX 8000 is one of Iqbal’s favorite ZX collaborations to date.

To Iqbal, the return of the ZX line through the A-ZX series felt like a reemergence of adidas’s original approach to sneakers.

“I saw some beautiful collaborations—a real throwback to older sneakers and collaborations; to a time when people would dare to use different colors and materials,” he explained.

“The ZX is a timeless silhouette and its unique DNA goes back many years. And most importantly, it’s comfy.”

To him, the Lego x adidas ZX 8000, which dropped in September 2020, has been the most memorable collaborations as it was the first time Lego had ever embarked on a sneaker collaboration.

“It brought two different cultures, toy collectors and sneakerheads, both similar in the way they geek out over things, together,” he explained.

“I saw some beautiful collaborations—a real throwback to older sneakers and collaborations; to a time when people would dare to use different colors and materials.” – Iqbal on the A-ZX series 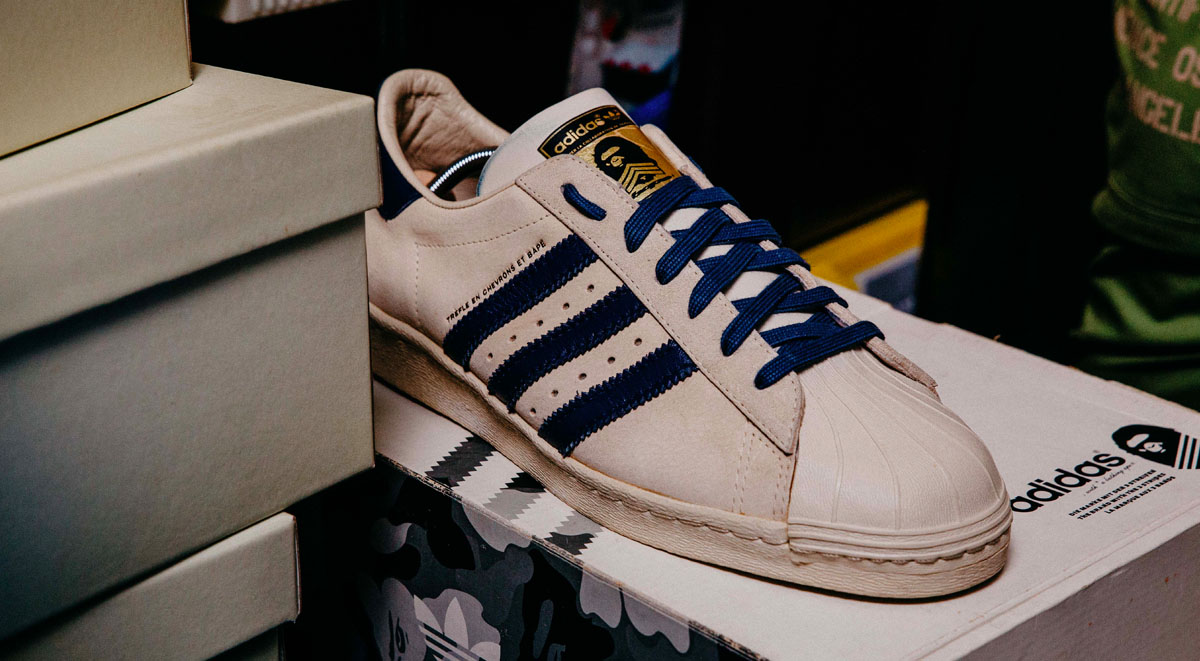 Iqbal had to drop over S$600 to cop the Bape x adidas Superstar Side B.

On Straat Your Stuff, we keep a morbid tradition of asking our sneaker collectors about the one sneaker they’d save if their house went up in flames. Iqbal was not spared, but his answer may surprise.

“It’s not the Yeezys, NMDs or ZXs. I would save the Bape x adidas Superstar 80’s B-Side! I love the silhouette and the colors. It’s not the pinnacle where it comes to adidas sneakers, but it resonates with me for its story and the details on the shoe.”

The rarest sneakers from Iqbal’s extensive collection will be showcased at the adidas Originals “Welcome Home” exhibition hosted at the new adidas Originals store at VivoCity Singapore from December 18 to January 14.