Smith Street Taps at Chinatown Complex is Singapore’s first hawker stall that specializes in premium and craft beer straight from the tap. Here’s a look at the unassuming, unique water hole. 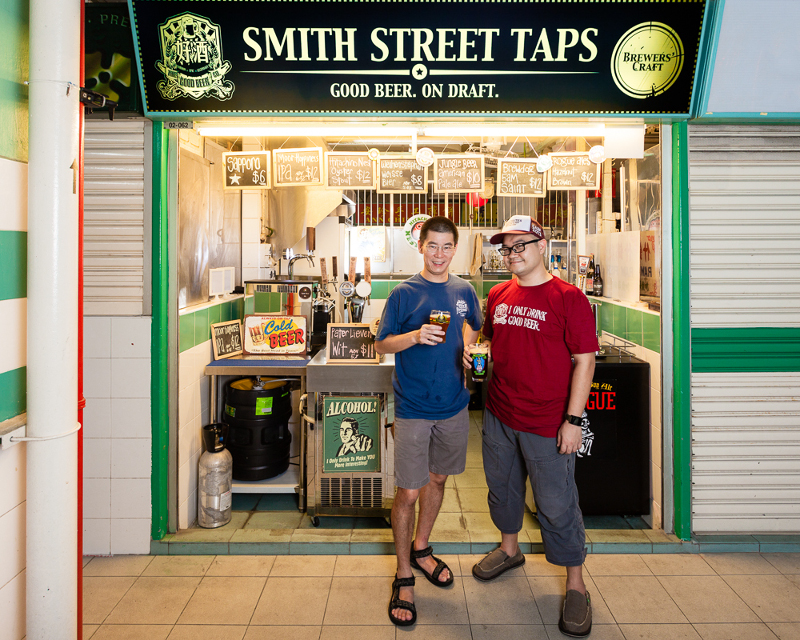 Hawker food goes well with beer. But the pairing is a match made in heaven with good quality craft beer. With the opening of Smith Street Taps, our prayers have been answered.

Situated inside Chinatown Complex, Smith Street Taps is the first hawker stall in Singapore that offers premium and craft beer on tap, the result of a collaboration between Daniel Goh of The Good Beer Company and Meng-Chao of Brewers’ Craft. 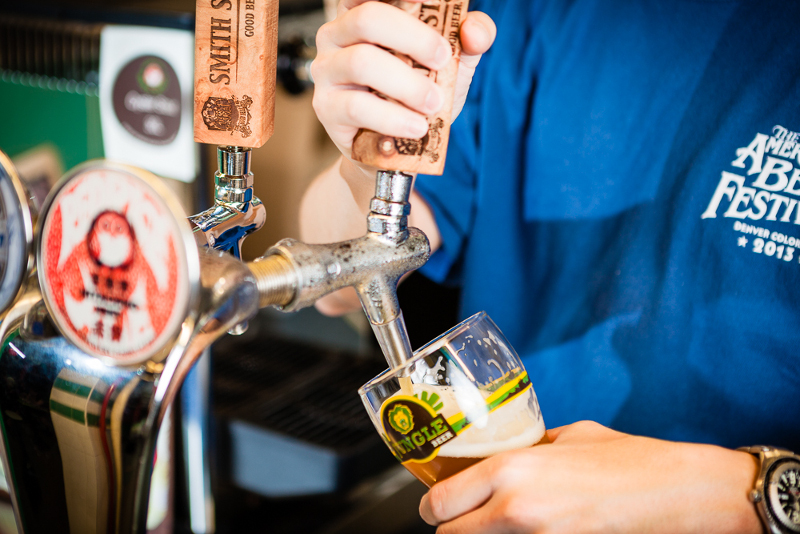 Fresh, quality draft beer that’s sure to quench a thirst!

Smith Street Taps’ mantra: Make craft beer accessible to the masses by offering a wide range of affordable draft beers – up to eight available at any one time. The beers are sold on a rotational basis, with new and even exclusive brews being introduced every few weeks.

Customers can expect to see a myriad of beers from local and international breweries, such as Singapore’s very own Jungle Beer Quayside Coolie Porter and England’s Adnams Ghost Ship Pale Ale. For those who prefer a safe bet, there’s Sapporo, a permanent feature at the stall. 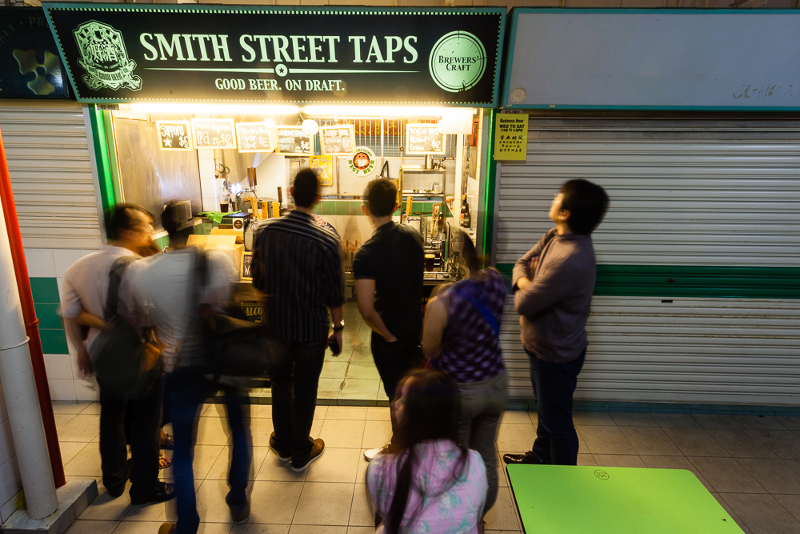 Like bees to honey, this unique watering hole attracts a good evening crowd

Despite its location and no-frills pricing, there’s no compromise on the drinking experience at Smith Street Taps. Beers are maintained at the right temperatures and served in the correct glasses. You can even speak to the friendly staff to find out which hawker dishes go well with your choice of beer, and enjoy an evening of food and beer while soaking in the Chinatown atmosphere. It’s an experience not to be missed!