This month’s crop of movies includes a superhero with a penchant for inappropriate jokes and a survivor’s tale that could finally land Leonardo DiCaprio his first Oscar. In what could be his most intense role yet, Leonardo DiCaprio goes feral as Hugh Glass, a hunter who’s left for dead by a cold, conniving member of his team, John Fitzgerald (Tom Hardy). Battling the brutal elements, hostile tribesmen and ferocious wild animals, Glass will do all it takes to beat the odds and exact vengeance on Fitzgerald. DiCaprio’s performance in The Revenant has earned him best performance gongs from the Golden Globes and the SAG awards, could an Oscar win be next? We certainly hope so. After being stuck in development hell for years, Marvel’s loud-mouthed anti-hero Deadpool finally gets his well-deserved screen time. The titular character, played by Ryan Reynolds, is a former Special Forces operative whose appearance is all messed up following a botched experiment. However, he gains accelerated healing powers and new-found fighting abilities that will come in handy in his quest to annihilate the bad guys. This movie is part action, part comedy, and thoroughly enjoyable even if you’re not a comic book fan.

13 Hours: The Secret Soldiers Of Benghazi Michael Bay’s efforts have garnered lackluster results at the box office of late, but the director tries his luck yet again with 13 Hours: The Secret Soldiers of Benghazi, an action-packed movie that’s filled with explosions and lots of gunfire. An unlikely choice of lead actor is funnyman John Krasinski, who plays the role with a game-face and a muscled-out body as if to say, “Hey guys, I’m a serious actor too.” Before he steps into James T. Kirk’s shoes for the third installment of Star Trek, Chris Pine will first have to channel real-life Coast Guard member Bernie Webber, who pulled together a four-men team to stage a daring rescue mission of a wrecked oil tanker in the middle of the treacherous ocean. This dramatized retelling of the real-life incident will no doubt be an eye-opener for us land-dwellers who have such little understanding of the ocean’s mysteries.

How to Be Single 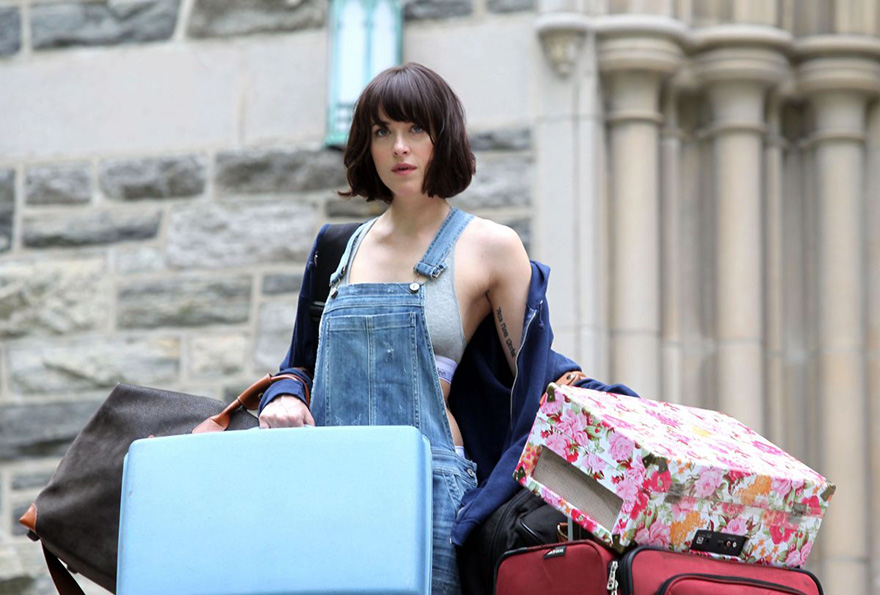 Much like her character in Fifty Shades of Grey, Dakota Johnson’s Alice finds herself looking for love in all the wrong places. Fortunately, there’s help in the form of Robin (Rebel Wilson), a loud, larger-than-life personality whose mission is to advocate the virtues of being single in New York City. Should you find yourself out of love post-Valentine’s Day, this movie might make you feel better.