Sequels and comedies will keep you entertained for most of March, but it’s the long-awaited battle between Batman and Superman that will really thrill movie buffs and comic book fans this month. 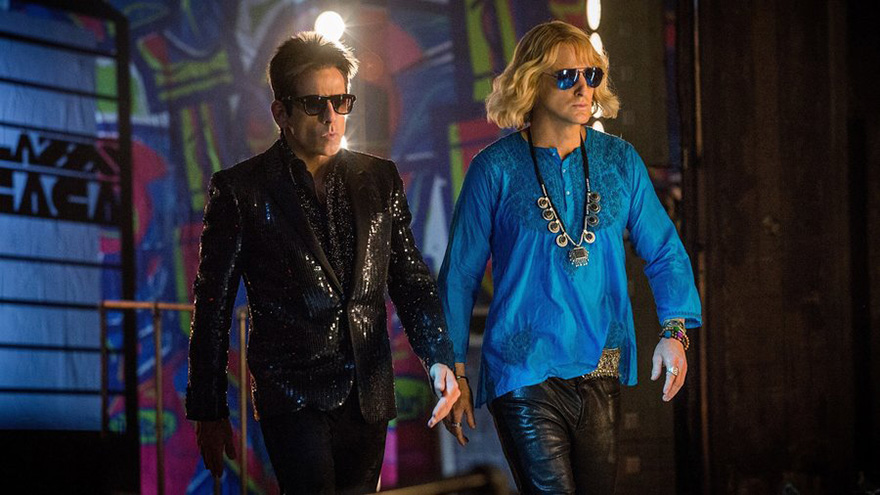 After more than a decade, dimwitted supermodel and creator of the Blue Steel pose, Derek Zoolander (Ben Stiller), returns to the silver screen accompanied by best friend, Hansel (Owen Wilson). This time, the accidental heroes have to thwart a plot that has left celebrities like Justin Bieber dead. Luckily, they are helped by femme fatale Valentina Valencia (Penélope Cruz).

Watch out for appearances by famous personalities such as Kirsten Wiig, Will Ferrell, Benedict Cumberbatch, and Katy Perry in this long-overdue sequel. Having saved the President of the United States (Aaron Eckhart) in Olympus Has Fallen, Mike Banning (Gerard Butler) will be called upon once again to protect the most powerful man in the world and other heads of states, as a visit to London to attend the British Prime Minister’s funeral goes horribly awry. Explosions, over-the-top action and brutal trash talking will overrule the logic-defying plot, but it’s all worth it to see Butler kick-ass once again. Known for his ability to embody strange characters in comedies such as The Dictator, Bruno and Borat, Sacha Baron Cohen’s next transformation sees him stepping into the role of Carl Butcher, a football hooligan with a horrible haircut and hillbilly mannerisms. Reuniting with this brother Sebastian (Mark Strong), a secret agent and top assassin, Carl must prove his worth and do his part to save the world as best he can, even if he fumbles and makes a fool of himself while doing so. The Coen brothers, responsible for thought-provoking films such as No Country For Old Men and Burn After Reading, show a different side to Hollywood in their latest effort. Set in the 1950s, this movie explores the narcissism, diva behaviors and strange antics surrounding the stars of that time. It’s up to Eddie Mannix (Josh Brolin) to set the actors straight and protect the interests of the movie studio, using unconventional means and underhand tactics. The much-awaited superhero movie that pits Batman (Ben Affleck) against Superman (Henry Cavill) is finally here. Gotham’s dark knight, a distrusting vigilante who sees no redeeming qualities in Superman, decides to take him on to keep the world in check. It’s a battle of strength and wits, and as a new villain emerges in the form of Lex Luthor (Jesse Eisenberg), the fate of the world hangs in the balance more than ever.

Expect cameos by other superheroes like Wonder Woman, Aquaman and The Flash, as preparations for a two-part Justice League movie sequel are now well underway.