Old action stars return to the silver screen this month, along with mutated turtles, a formidable femme fatale, and a city of vixens and vices. Enjoy! Our favorite Ninja Turtles from the 90s are back, having made the transition from cartoon animation to live-action. This certainly brings back fond memories of seeing the mutated turtles – Leonardo, Donatello, Raphael and Michelangelo – enjoying pizza after a night of crime-fighting. This film also sees the return of the still-hot Megan Fox, who’s kept a relatively low profile after starring in the first two Transformers films and having two kids with Brian Austen Green. She’s apparently patched things up with Michael Bay, director of the Transformers franchise and producer of this film.

The plotline doesn’t stray very far from the original series, as the Ninja Turtles, raised and trained by Splinter (Danny Woodburn), emerge from the sewers of New York City to fight crimes committed by Shredder and his evil Foot Clan. The turtles are helped by reporter April O’Neil (Megan Fox) and her cameraman Vern Fenwick (Will Arnett). It’ll be interesting to see how the turtles fare in a modern, technology-savvy world. 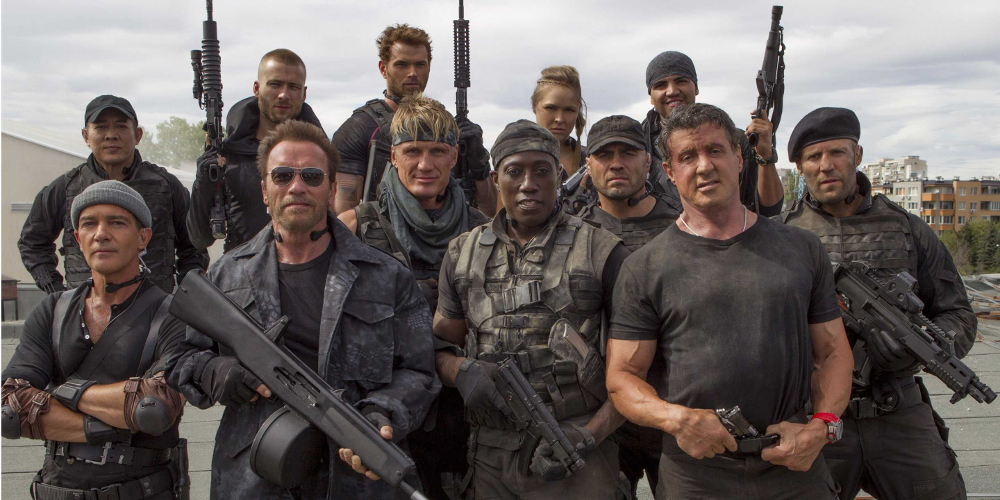 It seems there is no such thing as being a thing of the past. Veterans Sylvester Stallone, Arnold Schwarzenegger and Dolph Lundgren return to the big screen for the third installment of The Expendables franchise. While they’ve dragged old friends like Wesley Snipes and Harrison Ford along for the ride, young and uprising stars like Kellan Lutz and female Mixed Martial Arts champion Ronda Rousey have also jumped on the bandwagon.

This time, the Expendables have to deal with Conrad Stonebanks (Mel Gibson), a co-founder of the team who sold out and became an arms trader. Supposedly killed by the Expendables’ other co-founder and present leader Barney (Sylvester Stallone), Stonebanks returns to settle some scores. Expect plenty of fighting, gunfire and explosions in this action-filled threequel.

Famed filmmaker Luc Besson who has brought us classics like La Femme Nikita, Leon: The Professional and The Fifth Element has been credited for creating female action hero characters worth reckoning with. This time, his “weapon” of choice is Scarlett Johansson; a wise choice, seeing as how she held her own as Black Widow in The Avengers.

The tagline for this movie states that on average, we only use 10% of our brain’s capacity (some of us less). Although it’s not entirely true, we’ll suspend our belief for this review’s sake. Like most heroes, the show’s protagonist, Lucy (Scarlett Johansson), is an ordinary woman caught in a dark deal. Through some unknown means, she unlocks full brain functionality and becomes a femme fatale whose powers defy human logic. It’s a no-brainer that Lucy will be a hit with the dudes.

Sin City: A Dame to Kill For We stopped in our tracks when the first Sin City movie was released on the silver screen. The film noir style employed by directors Robert Rodriguez and Frank Miller followed closely the graphic novel by Miller, whose talent extends to writing and illustrating comic books. After almost a decade, the duo have come together again to release a sequel, which fans will rave about soon enough.

Set in the same city as before, the story pits hard-boiled citizens against reviled inhabitants. While the cast remains largely unchanged (well hello, Jessica Alba), it also sees new faces like Eva Green (and hello), Juno Temple (and hello) and Josh Brolin (and hello – says Mom).

Irishman Pierce Brosnan may have long relinquished the James Bond mantle, but the 61-year-old is not someone to be trifled with. Just like fellow actor Liam Neeson who’s made a name for himself in the Taken movies, Brosnan proves he’s still got fight left in him in this action role that largely mirrors his long-gone Bond days.

Brosnan steps into the role of ex-CIA operative Peter Devereaux, who comes out of retirement to handle a personal mission. His job of protecting key witness Alice Fournier (Olga Kurylenko) puts him in the crosshairs of the CIA and former protégé David Mason (Luke Bracey). For those who missed Brosnan as James Bond, this is one movie you must watch.