And it introduces to the Singapore market galmaegisal, a prized cut of pork skirt meat. 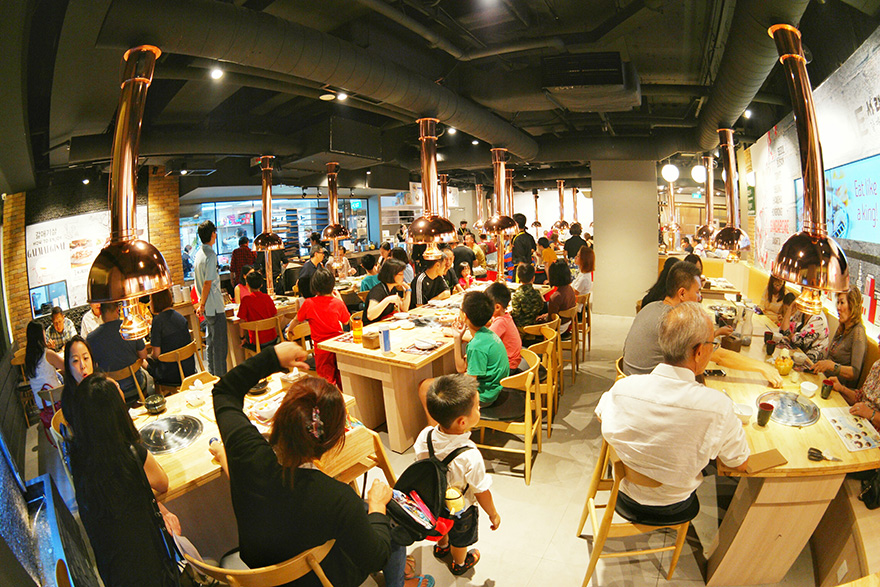 There are only two key things you need to know about Seorae Singapore. Firstly, it’s a Korean barbecue joint where the cooking is done over a charcoal grill. Secondly, it’s known for serving galmaegisal, or pork skirt meat.

You may ask: What’s the big deal?

Where it comes to barbecues, it’s all about the grill. A charcoal grill not only reaches higher temperatures compared to its electric equivalent, it also imparts smoky flavors to grilled meats. Granted, the smoky flavor doesn’t sit well with some people, but we assume that’s what you’re after if you’re going to dine at a Korean barbecue place.

We made a point to highlight Seorae’s charcoal grills because charcoal barbecue restaurants are becoming a rarity these days. Charcoal grills are more labor-intensive since staff have to heat the charcoal up and replace it when temperatures drop. Not unlike any typical Korean barbecue restaurant, at Seorae, a smoke extraction fan is also placed above each grill to draw excess smoke from the table. 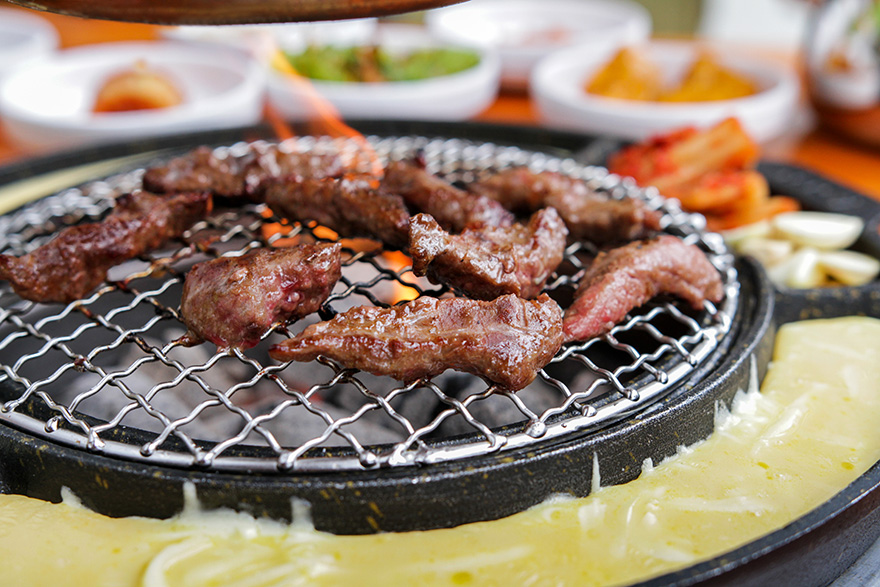 Now we move on to the meats. All across its 264 outlets in Seoul, Shanghai, Tokyo and Hong Kong, Seorae, which also serves beef and chicken, is especially known for its galmaegisal, or pork skirt meat (found between the ribs and belly of the pig).

Yes, we had a go at Seorae’s galmaegisal, and yes, it was succulent and tasty. But what’s with the obsession with galmaegisal? Our research returned these findings: Galmaegisal, which tends to appear redder and denser than most other cuts of pork, resembles beef in appearance and taste. Beef, being the more prized of the two meats in Korea, makes galmaegisal the next best option (source).

To complement the meats, Seorae offers dips such as egg and cheese, which we can agree, are hardly run-of-the-mill. Safer options are the garlic onion and chilli dips. 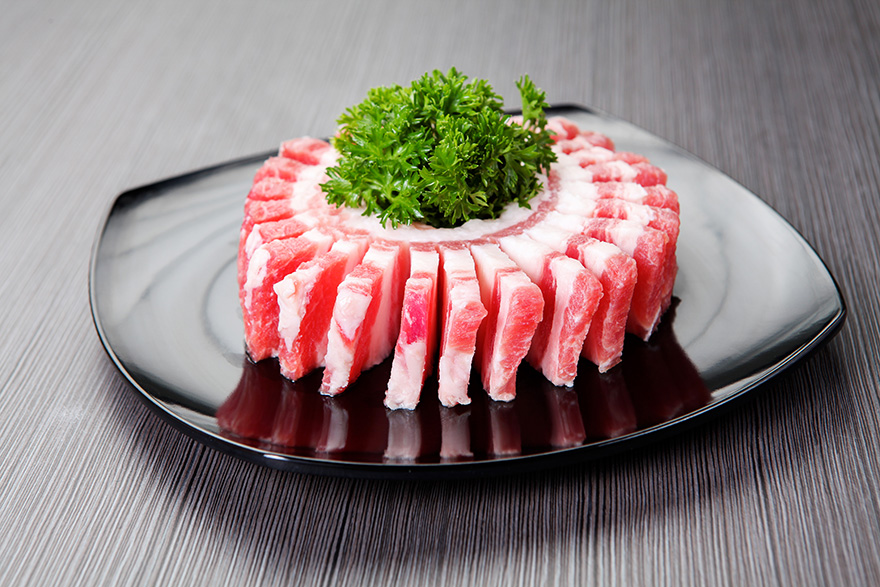 Variety is the spice of life, and Seorae offers plenty of that with meats like pork belly (above) and beef ribs cut across the bone

Assuming you haven’t had enough to eat by the end of the main course, you can order one of the many varieties of patbingsoo, or shaved ice dessert, that Seorae offers. Flavors range from caramel to honeydew, and portions are often large enough for two to share. Cleanse your palate with the Sinsa Patbingsoo, with actual honeydew “balls” cut from the fruit itself

Last but not least, a variety of soju is available on the menu. If you’re dining as a group, ask for the Soju Bomb, a well-arranged stack of beer and soju. Keep the friend who’s already knocked back a few away from the stack as a deft hand is needed to execute the domino effect that makes the Soju Bomb video-worthy. Someone messed it up? Well, you’ll just have to order another round.