As a sneaker collector who enjoys acquiring models/colorways which are less common, it’s no surprise that Rashid Rahman possesses a collection of less typical brands like Vans and Asics. We invade this gentleman’s home for a sneak peek into his treasure trove. 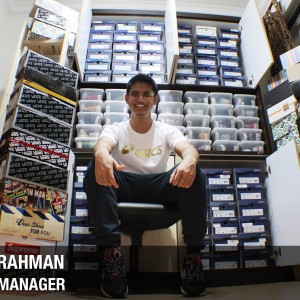 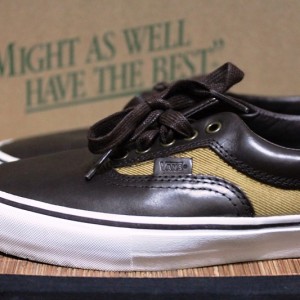 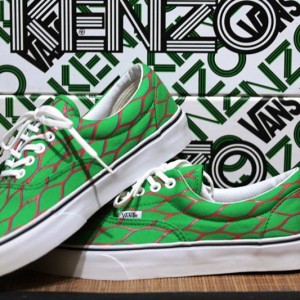 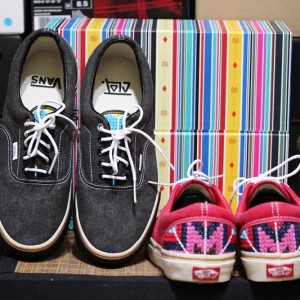 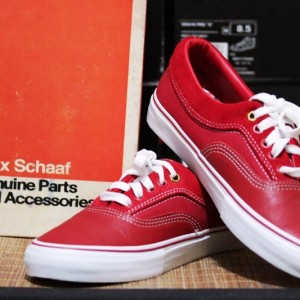 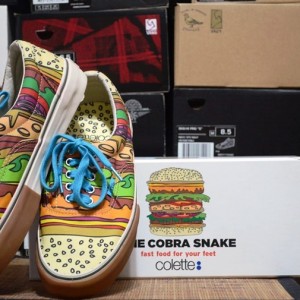 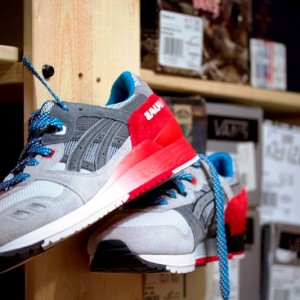 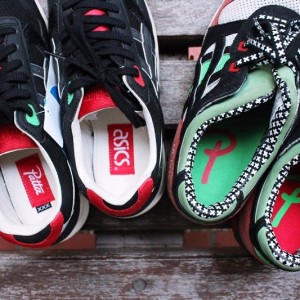 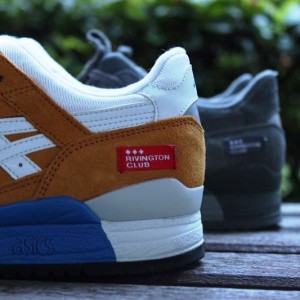 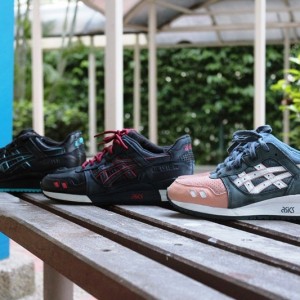 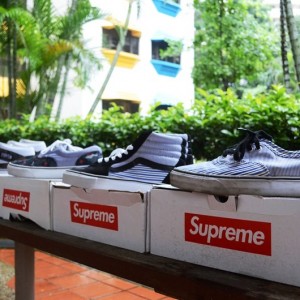 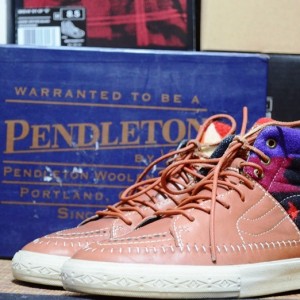 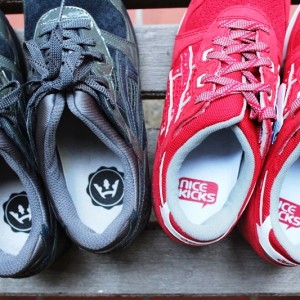 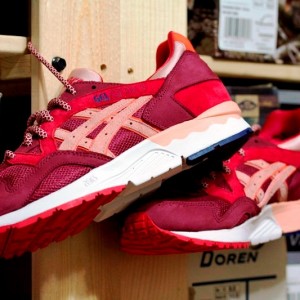 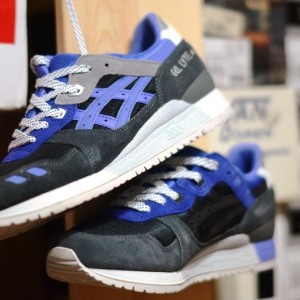 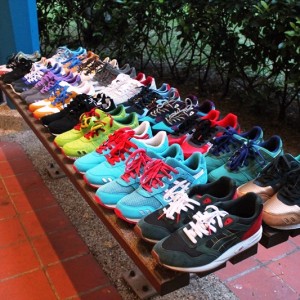 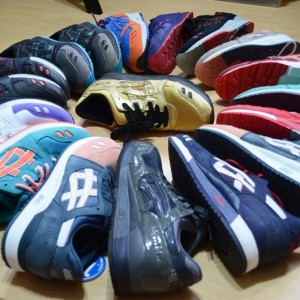 How many pairs of shoes do you own?
I’ve never kept count. A rough estimate would be around 250 sneakers.

How long have you been in “The Sneaker Game”, i.e. collecting?
I started collecting back in 2006 when one of my friends introduced me to Vans. I have always been one to collect models/colorways that are uncommon and harder to find. I remembered forking out quite a bit for a pair of Vans from Urban Outfitters even though it was a general release! Just because I knew that particular colorway was uncommon. 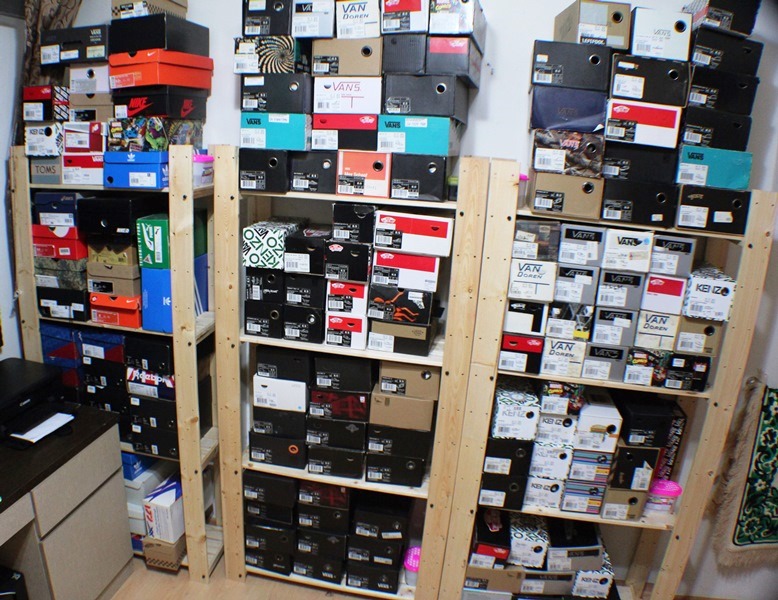 Most of Rashid’s sneaker collection is stashed in his study room.

When did you begin to feel more than what might be called an “average affection” for sneakers?
It started with the Vans Syndicate line back in 2007. It was the release of the Vans x WTaps Navy “Bones” collection. I was dead set on landing myself a pair so I joined practically every sneaker related forum I knew existed. Later on, I started to take an interest in sneakers by Asics, Reebok and Puma.

Which sneaker brand appeals to you most? Why?
I’m a big fan of the Vans Authentic and Era silhouette. I started collecting Asics because I was drawn to the Gel Lyte III and GT-II models. I like how Asics used the “split tongue” to differentiate themselves from the rest of the brands. When I started collecting Asics, I would occasionally find random Gel Lyte III models at the Isetan sales racks. 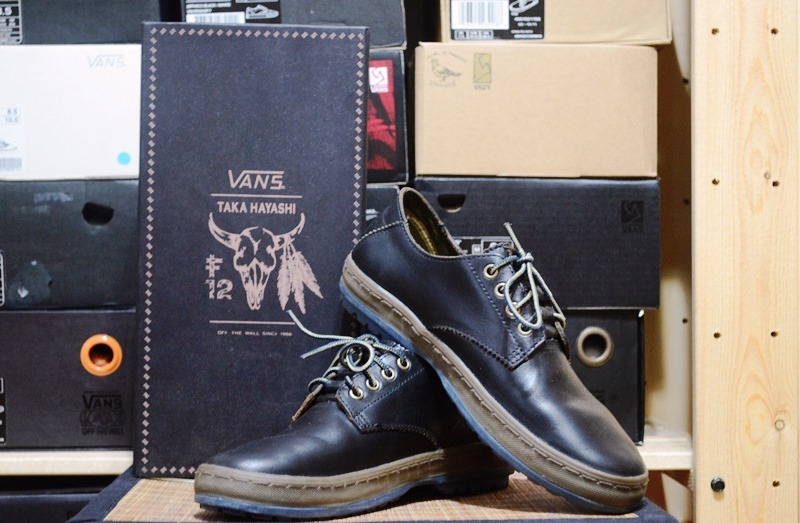 Such is his love for sneakers that Rashid wore these Taka Hayashi x Vans Derby Trek Horween for his wedding.

I see tons of Asics boxes here. I assume one of these must be your most expensive pair in your collection?
Yup! In fact it’s the Asics x Patta Gelsaga which I had hunted for some time and recently acquired. They cost €350. Don’t tell my wife!
(Yikes! We won’t, but we’re pretty sure she’ll be reading this, mate.) Most expensive pair! The Patta x Asics Gel Saga is made of rubberized leather, perforated leather, suede and pony hair.

…So would you rather our local sneaker boutiques carry Asics?
Most definitely. It will save me all the trouble and shipping fees. I think it’s the right time for Asics to introduce their lifestyle range to the Singapore market and I’m glad they’ll be doing this as soon as next year!

Currently on the hunt for anything?
The Ronnie Fieg x Asics Gel Lyte III “Super Green” he produced for Soles4Souls. But this is going to be near impossible unless I decide to drop around US$2,000 for them! Another one I’m looking for is the Afew x Koi Klub x Asics Gel Lyte “Reworked”, which was hand made by the staff from Afew in 2012. 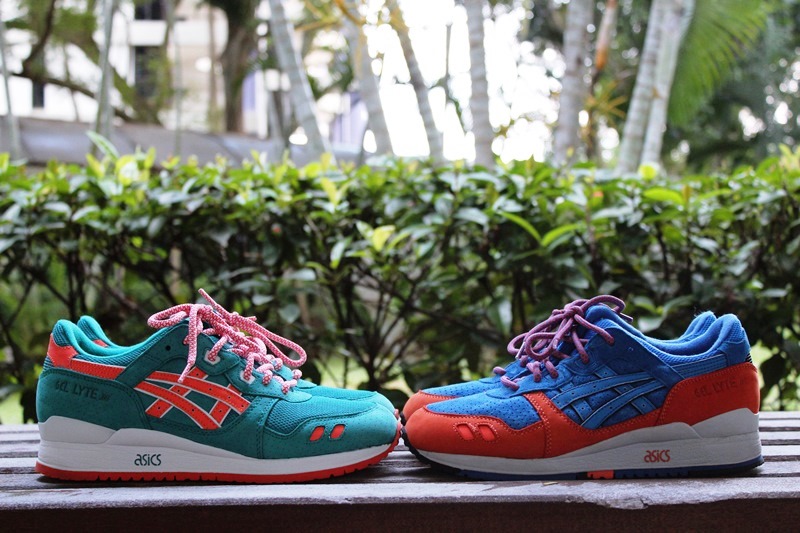 How do you care for and store your collection?
I store them in racks I got from Ikea and a book-shelf which I converted into a sneaker shelf. I invested in a dehumidifier and lots of silica gel packs to absorb moisture, especially for our local weather. I make it a point to air my sneakers (avoid direct sunlight) before storing them back in their boxes. It’s alot of work, but definitely worthwhile for the long run.

What are some fond memories you have from collecting?
This was during the Ronnie Fieg x Asics Gel Lyte III “Salmon Toe” release in 2011. I knew it was nearly impossible to get a pair if I had tried on my own, since it was the first release from Kith NYC and there was way too much hype. Thankfully, I had made many friends from overseas through various sneaker forums and we would help each other during releases. This allowed me to get a pair from one of them for retail price (US$130) and another pair for US$250. Those guys earned my respect as they could have easily made a good chunk of cash if they had sold it off to someone else. It certainly pays to have sneaker friends from all over the globe!

Rashid’s acquisition of these “Salmon Toe” proves that it is possible to buy exclusive sneakers without having to pay through your nose.

So any tips for our fellow sneakerheads to get exclusive pairs for retail?
It certainly takes a lot of hardwork, dedication and patience if you want to avoid falling into the trap of paying insane resale prices for a pair of sneakers you really want. I recently started a Facebook group called Asics Gelhead S.E.A. It is not a marketplace but rather a group for Asics enthusiasts to share knowledge on news and releases.

Finally, what are your thoughts on Singapore’s sneaker buying and/or collecting scene? Would you change anything about the scene?
With social media and an increasing number of online stores, there are certainly more channels for sneakerheads to acquire sneakers. However, I wish we could all be more respectful of fellow sneakerheads, whether he’s an OG or a new kid on the block. Based on the previous “Straat Your Stuff” features, it’s apparent that we’ve got a good sneaker culture here and that’s something we should be proud of.

You can find Rashid on Facebook and Instagram. Rashid has also put some of his personal collection up for sale at NexuStreetKicks.