Jon Timbre, best known for his rendition of the New Balance 574 and ASICS GEL-Lyte V “Salmon Toe”, is clearly not the kinda person who is bound by limitations. He shows us his collection of sneakers, both those bought off the shelves and those he has painstakingly customized. 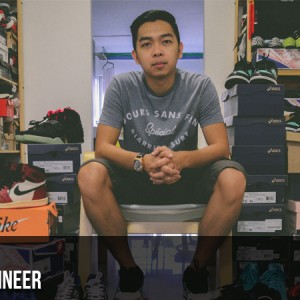 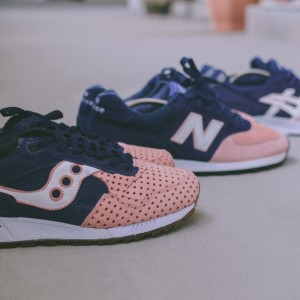 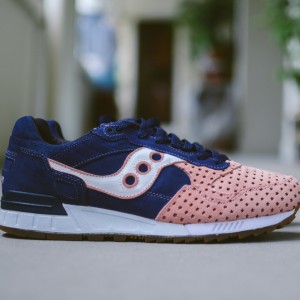 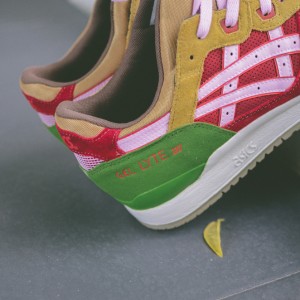 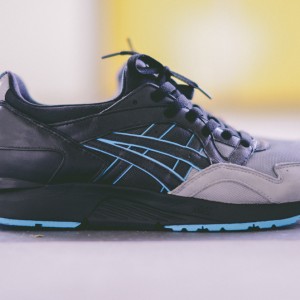 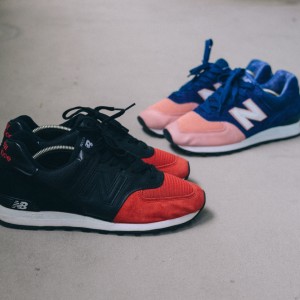 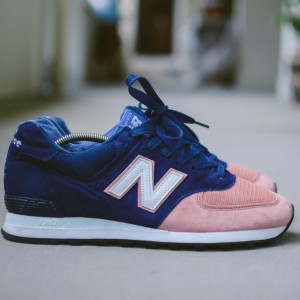 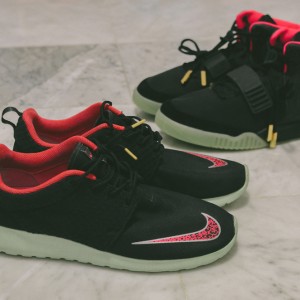 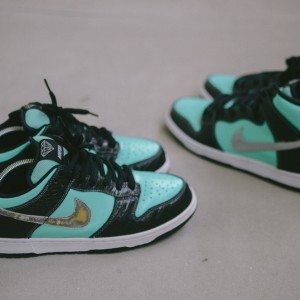 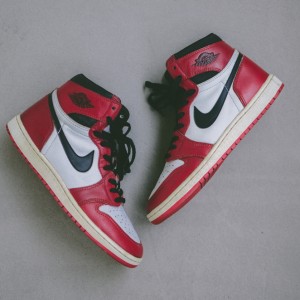 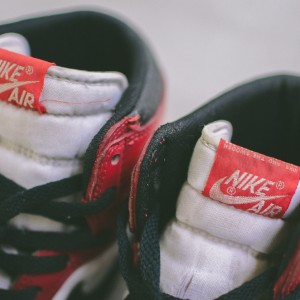 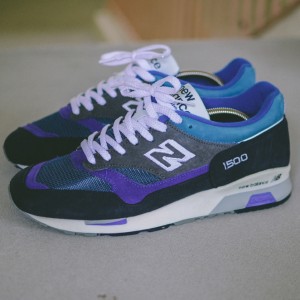 How many pairs of sneakers do you own?
I don’t really keep count, but I guess around a hundred. 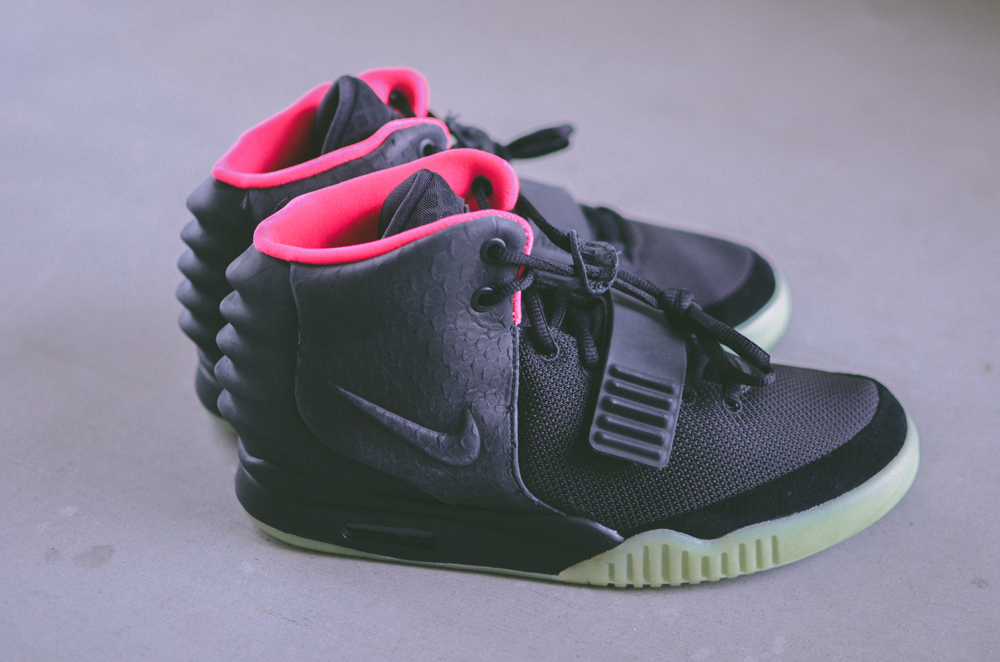 We see plenty of runners in you collection. Have you always been a runners fan?
Not really. I switched to runners when I moved here last year. I was previously an avid basketball sneaker collector.

Why the change of heart and how was the transition?
Well first of all, I couldn’t bring all of my pairs when I moved here from the Philippines. So I just brought a few pairs with me. Luckily, we don’t have a dress code in the office, so I could wear sneakers everyday. But Jordans aren’t really that comfy, you know, so walking around all day would make my feet sore. Then my Team LMS (or, Last Men Standing) friends here introduced me to runners. I got my first New Balance pair, which was a 1500 model, and that started it all. Then I got into ASICS, and I loved how comfy they are, especially the Gel Lyte III and the Gel Lyte V. I unloaded most of my basketball sneakers so I could get more pairs of runners for daily use. 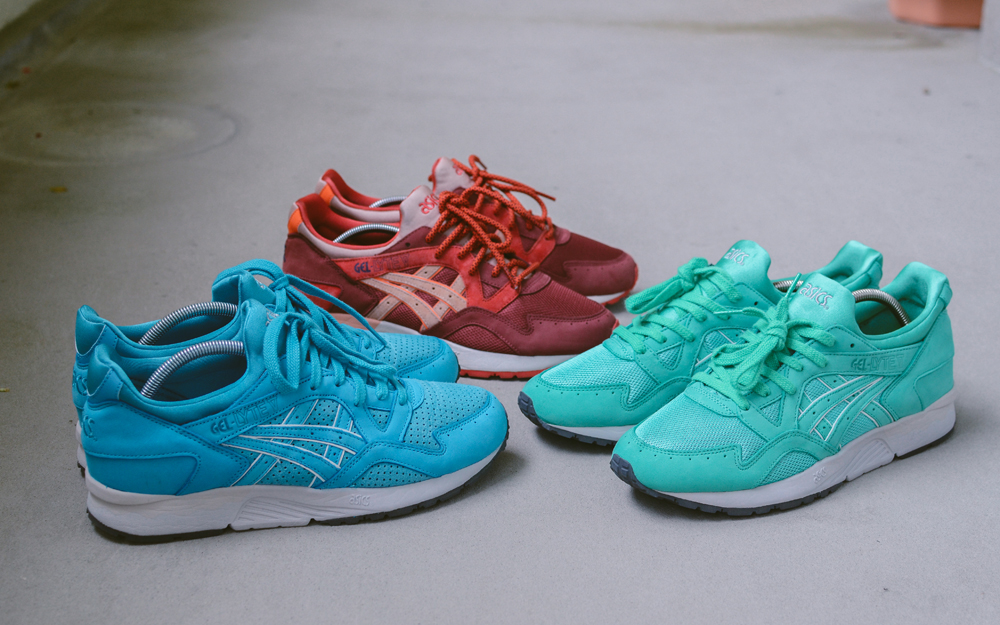 Beyond sneaker collecting, you’re also starting to make a name for yourself with your sneaker customizing works. How did it all begin?
At first I just wanted to restore my Jordans. At that time, only one guy did sneaker restorations in Manila. I didn’t want to pay for restoration because I felt like I could do the same. So I researched the basics of the restoration process, asked help from my friends to get the paints needed, got myself a beat up pair of Fire Red III and applied what I learned. I think I did okay, it came out nicely. I did some restorations for my friends as well. My first pair of customs was the LeBron IX Lows and it received pretty good feedback so I thought, why not continue doing more? The second pair I did was the Jordan XI “Bred” Lows. At that time only a handful of people dared to paint on patent leather. My pair made it to an issue of the Sole Collector magazine too, so that was kind of an achievement.

You must receive heaps of requests, given the amount of attention you get on social media. Have you turned down any request(s) before?
Unfortunately, yes. I have a day job, and I only work on the shoes at night. So if I accept every order, I guess I wouldn’t have a social life. I try to respond to people’s inquiries, but some are just plain rude – especially those who expect me to send them a PM, rather than doing the opposite. What do you think makes your customs highly sought after?
I won’t say they’re highly sought after. Many people like them – that’s it. I’m not a big time customizer, but I guess people like what they see. It’s easy to change a pair’s colorway with paint, anybody can paint over anything. But I try to make the materials close to the original, like not using acrylic paints on suede/nubuck pairs as it would give the pair a leather look. I try my best to apply a particular colorway on a different silhouette. For example, the Gel Lyte V “Salmon Toe” – that was a big one. I am just one of the many people who wanted the original Gel Lyte III “Salmon Toe”, but I wasn’t going to pay over a thousand dollars for them. So I just put the colorway on a different ASICS silhouette, and it worked; people liked it.

What’s the most difficult custom job you’ve done so far?
That would be two pairs – the Gel Lyte V “Salmon Toe” and my latest one, the Gel Lyte III “Atmos Elephant” custom. The Gel Lyte V was difficult because it took around two months of trial and error before I got the right mixture for the colors. I was so excited to finish the pair, it took a lot of time but it was all worth it. The GL3 “Atmos Elephant” is actually a pretty basic colorway, not much to change except for the elephant print. That’s the most difficult part. I wanted to make the print look like the ones you see on the actual Nike AM1 pair, or the Jordan III “Black Cement”. 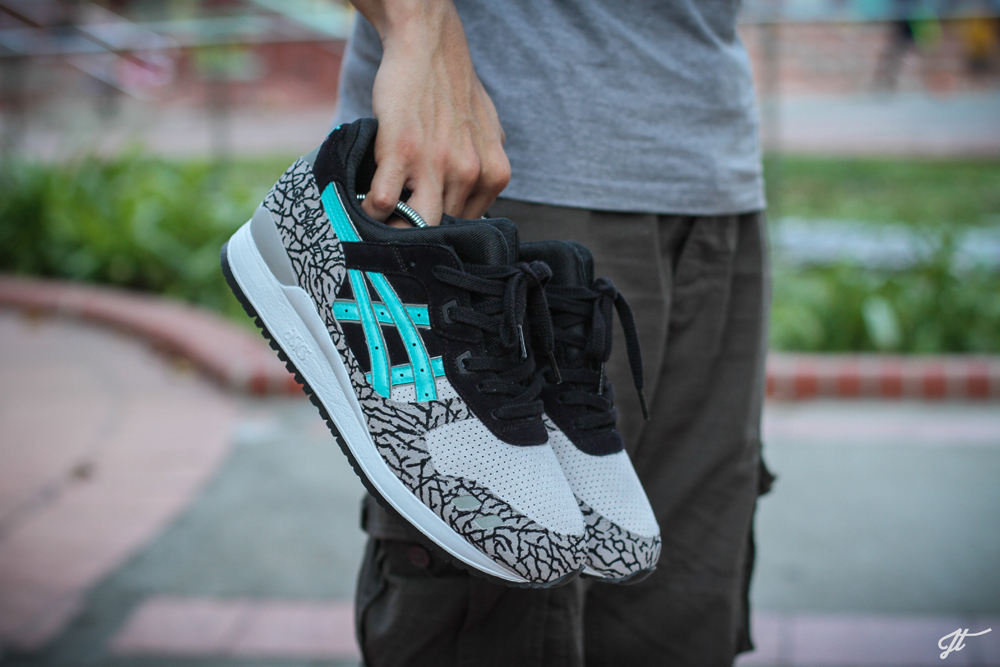 Your customs also led Publish Brand to take notice. Tell us more about it.
I just got lucky with Publish Brand, one of the webstore managers asked if I was willing to be a part of their Legacy campaign. I asked, “Why me?” because I really don’t have much heat at all, plus I don’t have a huge number of followers in Instagram. He told me that he just likes my pics and how I pinroll my pants and wear joggers. I’m certainly not the pioneer of dressing that way, but it was an honor to be a part of their campaign, so why not?

What’s the one thing you hate most about sneaker customizing?
I dislike the process of prepping as well as taping the shoes. Stripping off the paint is tedious, but it is a must so I just have to endure the agony. I think taping is only required when you’re using an airbrush. You won’t need tape if you’ve got a good brush and some pretty steady hands. 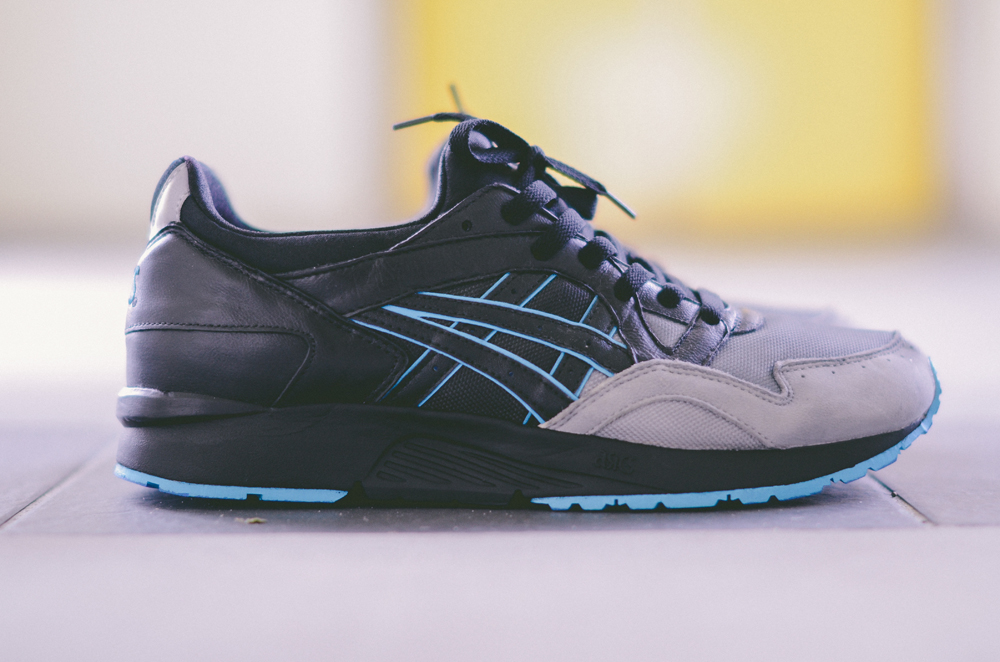 What’s the one thing you love most about sneaker customizing?
One thing I love about customizing is the phase where I sketch my ideas. The ideas include which base pair I should be using, the materials needed to customize them, and the color blocking of the pair. I even make sketches while on the bus or the train. After I’m done, I’ll show these sketches to my girlfriend and my friends, ask for their opinions, and then come up with a final design. Only then do I start hunting for the base pair and then start working on it. Right now I have about four or five sketches ready, but I have a day job so it may take some time before you see the final product. The best part of sneaker customizing is when I get positive feedback for my work. It feels good to know that your work is appreciated when you spend hours on it. Getting recognized and featured in sneaker sites is definitely a blessing.

Could you give us a preview of what we can expect next from you?
I still have about five pairs of ASICS customs in line. I’m also going to try something on a Puma base. Hopefully it will all look good.