This month, we profile Fahim, a Supreme collector from Singapore who draws as much attention as he does hate. But say what you want, owning a ton of Supreme stuff makes him happy. Here’s a look at his collection.

We’ve heard a ton about Fahim, who’s talked about in online communities mainly for his Supreme collection. Finally, we decided to find out what the fuss was about. Here’s a look at his stash which ranges from sneakers to nunchucks. And yes, we also asked him what he thinks of being labeled a fuccboi. 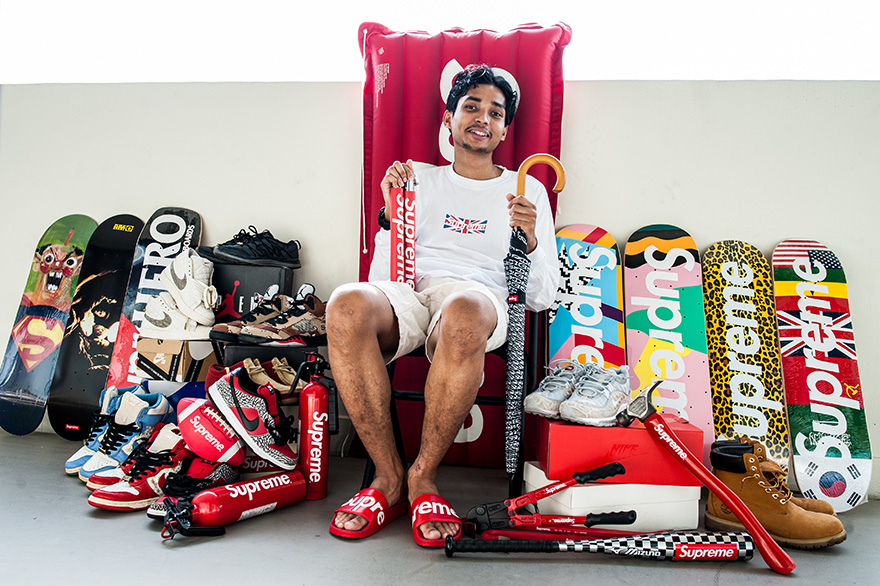 For some reason or other, Supreme collectors are easy targets for criticism. So let’s get this out of the way: What are your thoughts on possibly being labeled “Fahim the fuccboi”?
Do what you love and what makes you happy. No matter what you do, people will always criticize you.

Fair enough. So how did you get into the whole Supreme thing?
The Nike SB Dunk High collab with Supreme was the first thing that got me hooked on the brand. It all started when I dropped by Warped Store, which used to be at Far East Plaza. I can still remember when I first saw that Dunk on the shelf. It featured gold stars on the side panels, white leather, vivid red crocodile skin uppers and a Supreme lace jewel — beautiful. I couldn’t take my eyes off it! 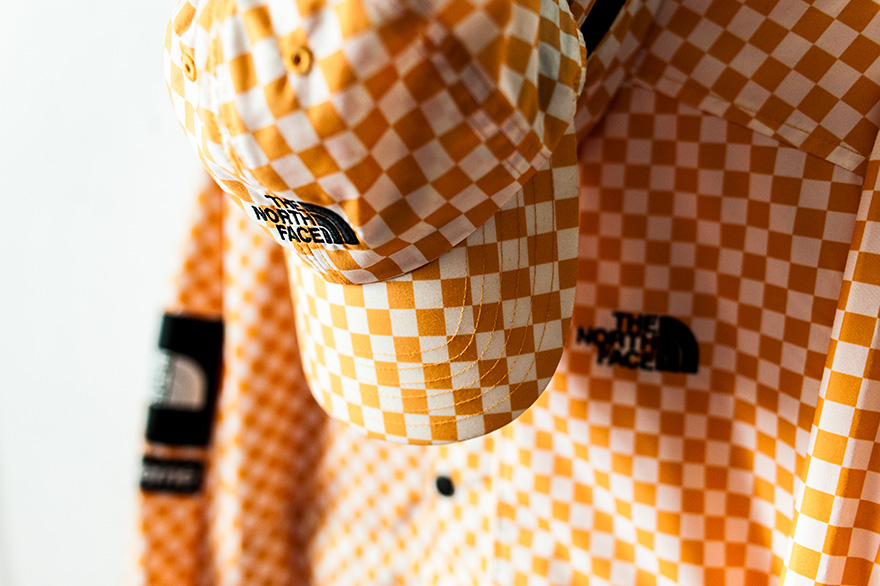 Stuff from Supreme rarely comes cheap. Which pieces of your collection do you consider a steal?
I believe it would be the Supreme x The North Face collab. I got the jacket for S$410 inclusive of shipping, and the cap for S$30 only.

You have quite a few skateboard decks. Given the opportunity, which other decks would you wanna cop?
I actually want to buy the decks that Damien Hirst did with Supreme. He created two series; one had the dots which followed a similar design as the box logo tee, and the other featured splattered paint on the deck. 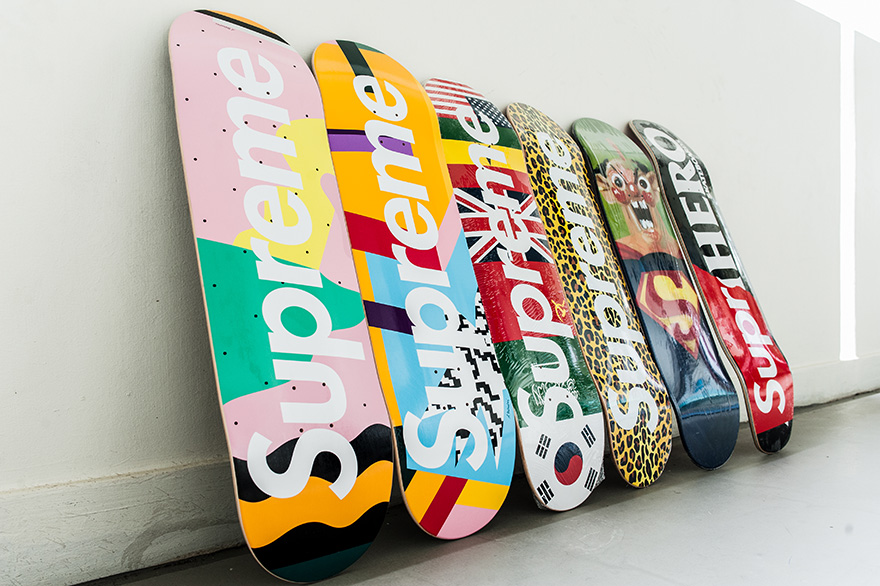 Your collection also includes some heavy-duty hammers, crowbars and even fire extinguishers. Were you ever worried that Singapore Customs would confiscate the stuff?
Till today, I still wonder how I managed to get my hands on the fire extinguisher! My main concern wasn’t about it being confiscated by customs. I was worried that it might explode during the shipping process. Fortunately, I am one of the lucky ones to have them as part of my collection. 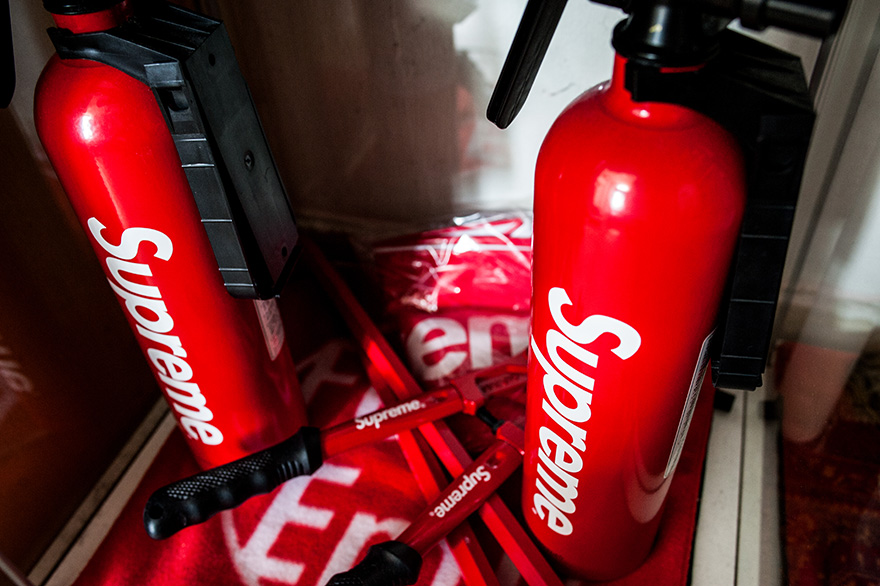 Has being an owner of this many Supreme products ever opened doors for you or helped you meet notable personalities?
Yes indeed. With the help of the gentlemen from Round Two, I am glad to have had the opportunity to meet Andre Ljustina aka CroatianStyle, the man behind Project Blitz, when I was in Los Angeles. Who knows, I might be invited to come up with a project together with him! On that same note, have there been any strange or ridiculous encounters with sellers?
Sadly, yes. If memory serves me right, it was regarding my Supreme Air Jordan 5 while I was in New York City. The reseller insisted to get my banknotes checked by the bank, to determine if the cash was genuine or not. He had a history of being paid counterfeit notes. What gives?!

With so many fakes in the market, are you ever worried that you might accidentally cop a knock-off?
Most definitely. I do my best to determine whether the stuff is counterfeit or legit before I make a purchase or upon receiving it. I will do two rounds of legit checking to make sure it is the real deal. It’s not cool to get cheated! What does it take to lead the Supreme life?
I just wear it like it’s a norm. I do not conform to buying to resell. What else are you currently on the look-out for?
A pair of Supreme boxing gloves and the red Nike Blazers.

You think you could ever share your love for Supreme with other brands?
Yes, I have been searching for Futura stuff to no avail. I guess luck isn’t on my side.