A tiger never changes his stripes, that’s why Ibrahim Idris, also known as “Tiger Wanchai” to friends in the sneaker community, has been an avid collector of adidas shoes since the 90s. We check out his collection. 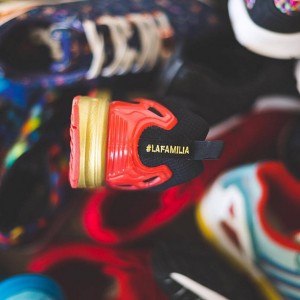 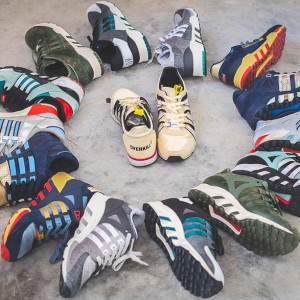 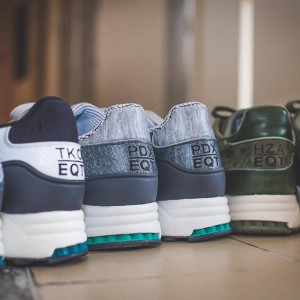 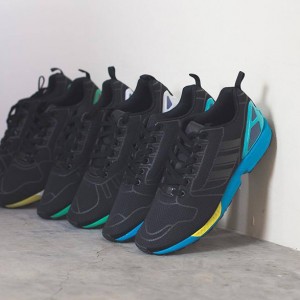 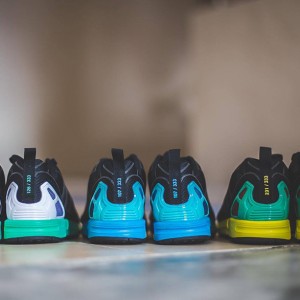 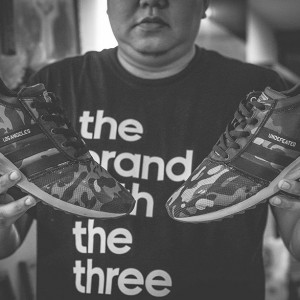 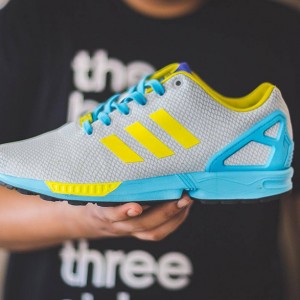 How many pairs of sneakers do you own?
I’ve got about 80 pairs, give or take.

What’s the story behind your first pair of sneakers?
Being young and full of energy in the late 90s, I attended many punk metal and hardcore indie gigs, and got my first adidas Superstar after I was influenced by those kids. I had a white pair with blue stripes and I wore it everywhere I went. Sadly, I had to say goodbye to it after two years of constant wear and abuse. Growing up, I got myself a few Superstars, then a couple of Gazelles, SL 72 and even a pair of Nizza Low. Now that I’m working, I’ve managed to catch up and buy what I want. Sometimes it works out, sometimes it doesn’t. So it’s fair to say I’m still new to the scene altogether. 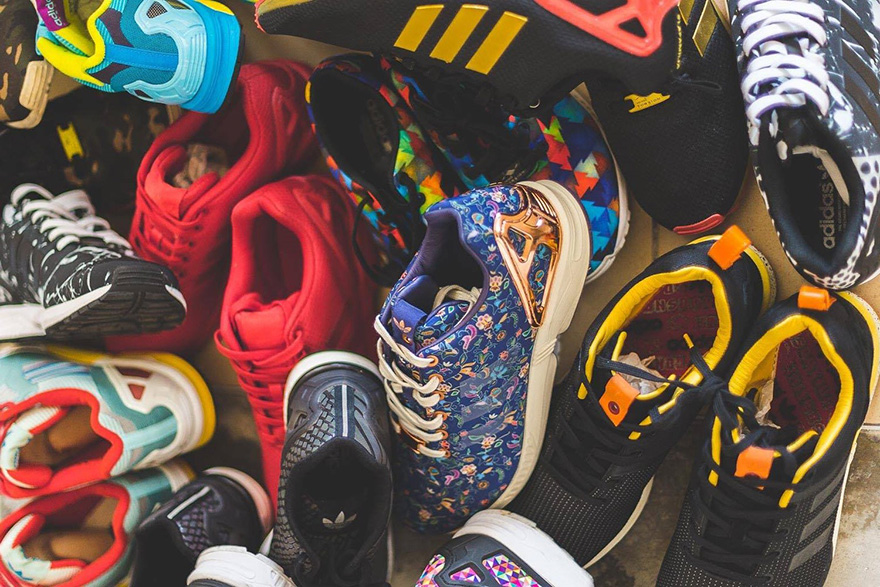 Without a doubt, adidas is big among young and old sneakerheads. What do you find most appealing about the brand?
I’m intrigued by the stories and influences that come together with the shoes. Take the adidas Consortium x Quote x Peter O’Toole ZX 420 “Quotoole” for example. I suggest you guys watch this video to find out what a journey it has been for the model and why I’m proud to own this timeless classic. And then there’s the EQT series which is one of my favorite range to date; the stories that come along with them is just wonderful.

2015 was a huge year for the three stripes. What are you expecting in the coming months?
NMD has been on everyone’s lips since the beginning of the year and it won’t stop. Consortium tour for the whole year will make our wallets thinner than our bodies. More Ultra Boosts and ZX Flux shoes coming our way. Oh, and the Tubular Runners are another one to look out for. Please inform Till Jagla (Category Director of adidas) that we need the miadidas platform to be fully available here. I’m desperate for some customized shoes! 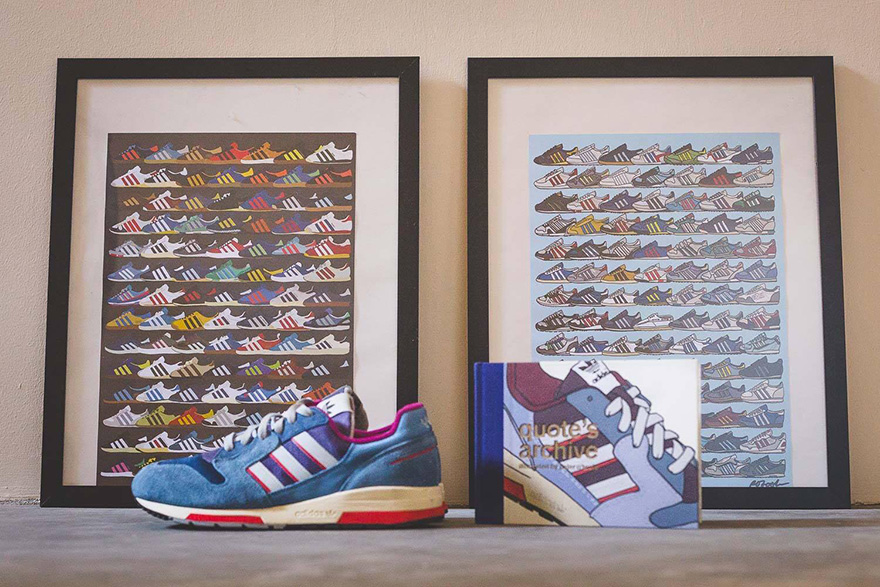 The word “hype” carries some sort of negative connotation these days. What’s your take on the hype stuff?
Everyone follows some hype along the way, just that now we have social media to push it even further. What I want to change is the mindset of people; to be more open and be humble when talking about shoes and where they get them from.

Sounds fair. What disappoints you most about the current sneaker scene?
That people don’t rock their shoes! You buy them for a reason! Oh, and resellers. To be fair, not all of them are bad. 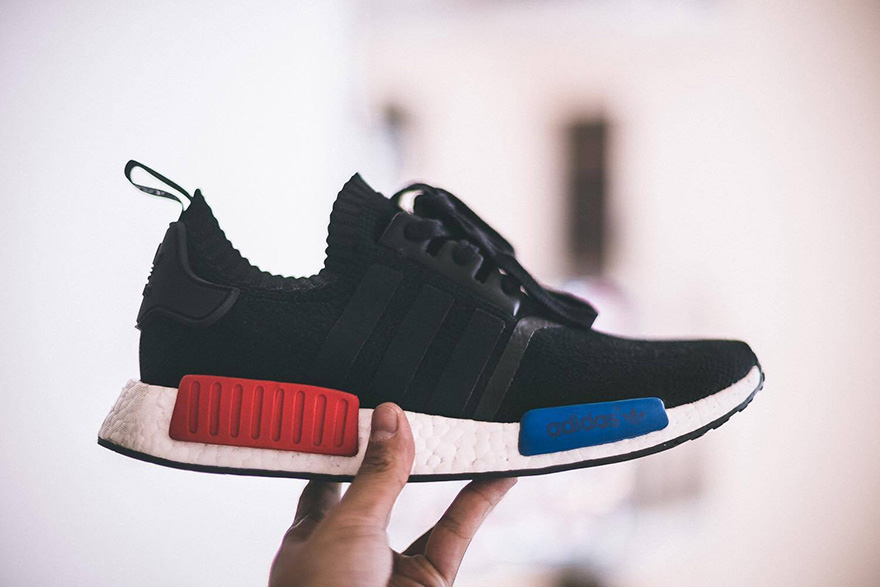 It’s a big year for adidas NMD, and Ibrahim got his headstart with the OG pair

Given the size of your stash, if your house caught fire and you could only grab one pair of sneakers, which would it be?
Without a doubt, it’s got to be the Ultra Boost. That’s my go to pair for almost everything. It’s sports science meets streetwear. And no, I didn’t buy it because of Kanye. Even some of my Nike-wearing friends love the Ultra Boost to bits. We own you now.

Speaking of Kanye, we don’t see any Yeezys at all.
I liked my adidas pairs way before Yeezys came along. I don’t feel attracted to them, regardless of the hype. True to the saying “happy wife, happy life”, Ibrahim got his other half some kicks too

We caught sight of some shoeboxes from other brands in the corner of your room. Do they belong to you?
I’ve been collecting adidas almost all the way, but I’m keeping a close eye on some Reeboks like the Ventilator Supreme and Instapump Fury, though to be fair I’d rather use that money to get myself another pair of adidas.

What do family and friends say whenever they pop by and steal a glance at your collection?
It’s always the same phrase. “Another one?” 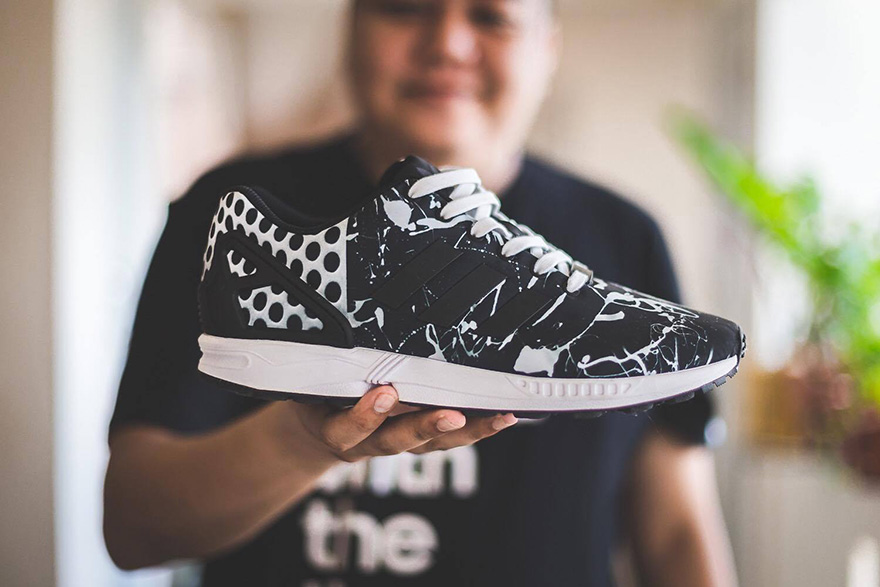 Your sneakers look pretty mint despite the fact that you wear them pretty often. How do you care for them?
I’ll usually air them for a day after use before putting them back into their original boxes. Being in a country like Singapore, it’s very hard to maintain a shoe for many years, so I just enjoy every bit of it. I’ll usually clean off any dirt immediately, but if that’s not possible then usually any sneaker cleaner I can find in the house will do.

Finally, what advice would you give to fellow sneakerheads who are looking to buy more adidas?
Buy what you like. Buy what’s comfortable for your feet. Buy Ultra Boost (haha).