In our latest edition of Straat Your Stuff, we speak to sneaker collector, Clarise Ong. The little lady is not your average girl next door – she’s only 16, enjoys skating and Nike SB collecting. We invade her home for a sneak peek. 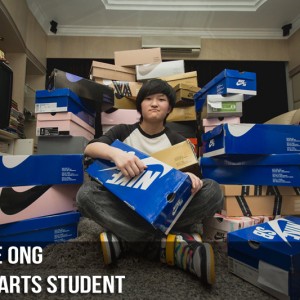 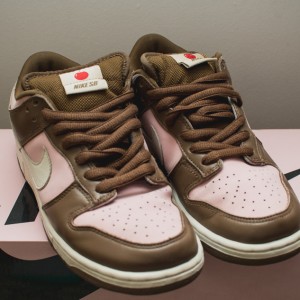 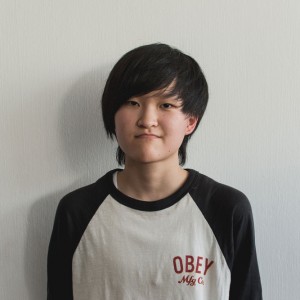 How many pairs of shoes do you own?
Honestly I have no idea and I’m extremely afraid to count. The last time I counted was about two years ago and back then I had maybe 70 pairs so right now it’s safe to say I have over a hundred pairs?

How long have you been in “The Sneaker Game”, i.e., collecting?
Well I’ve been collecting since 2009 or 2010, not a very long time honestly. Before I started collecting my idea of a good pair of shoes were my white school shoes or this one pair of beat up Heelys I wore all the time. When did you begin to feel more than an average affection for sneakers?
Probably early 2010. I never noticed my love of shoes till people pointed out that I spent way too much time in sneaker stores and that I had a constant shoe rotation. Initially I started out with some denim Converse shoes, nothing too fancy. But from then on I progressed to getting some of the more colorful Converse shoes like the Dr Seuss collaboration and I eventually progressed to Vans, Supra, Nike, etc. The Nike Dunk SB “Tiffany”: A staple piece for any Nike SB collector

Which were the shoes that got you into sneaker collecting?
The shoe that really started off my sneaker craze were the Nike SB Pacman Highs. When I was younger I used to see pictures of them all over the internet and I always loved the colorway, so one day when I happened to chance upon Warped* and saw that they had them, I knew I had to get them. From then on I became a real Nike SB head, a lot of people love Jordans but SBs are still my favorite out of all the Nike models.

Which is the most expensive pair in your collection?
The most expensive pair of shoes in my collection are either the Nike SB What The Dunks, Heinekens or the Unkles. I paid about SGD850 for the Heinekens. I recall having to sell a lot of the shoes I had and having to work a bit just to pay for them. As for the Unkles and What The Dunks I paid over SGD700 for each. Had to part with a lot of my collection just for those.

Why Nike SB?
I’ve always been a fan of skating. I remember asking for a skateboard for my 6th birthday and I even had little skateboard shaped sharpeners so I guess it was inevitable that I would end up loving skate shoes. Another reason I love the SBs is the fact that they are so comfortable yet stylish, the padding on the shoes is perfect for a long day of walking and it’s always nice picking out a nice pair to match with one of my outfits.

What are your thoughts on Singapore’s sneaker buying and collecting scene?
I have not been on the local sneaker scene for very long, but I think it is a growing community and as of late I have seen more and more people getting into sneaker collecting. Pages like SG Sneakerhead on Facebook are an awesome example of local collectors coming together to discuss shoes, talk about good local spots and just to bond in general. I see a lot of growth in the future, back in 2011 I had no problems at all getting any sneakers I wanted but this year has proven quite hard to get shoes from local spots so I think it’s a sign that the demand for the shoes is increasing. Where do you usually go to acquire your sneakers?
Most of the time I try to buy from local spots – the skate stores over at Cine area, Limited Edt and Haji Lane (A good spot if you know where to go). I sometimes turn to sneaker forums to buy from fellow collectors. However, lately I find that I have to order sneakers from overseas to get the shoes I want because all the local spots are either always sold out or out of my size as I have pretty small feet.

How do you care for and store your collection?
I usually leave my shoes in their boxes and put packs of Silica Gel to keep the moisture off them. Singapore is pretty humid so I’m afraid they would mold. All my Nike SBs and Jordans are usually kept in my room with the air conditioner on. Every girl gotta have her pink kicks

What are some fond memories you have from collecting?
My fondest memories would probably be that rush you get when you finally get a shoe you have been searching ages for. When I first started out I also had many awesome days where I would be so excited because I found a new spot to get shoes or if I found someone I could talk “Shoe Language” with. These days I just enjoy talking to and bonding with other sneakerheads, making new connections with people over shoes is probably the best experience I have had since starting my collection as it’s always nice to swap shoe knowledge or just making new friends in general.

What shoes are you currently on the lookout for?
The Nike SB Pink, Blue and Yellow samples which I missed out on getting not once but twice, the Nike SB 720 and Baby Bear which I already have but are sadly not in my size, and any Nike SB shoes with pink on them as I have a real soft spot for pink shoes. These days I find myself not really looking for any particular thing but I just pick up shoes I never even thought I could ever get just on the way while I’m out on one of my “shoe hunts”. You always find the real gems in places you least expect. Where do you intend to go from here?
This year I’ve slowed down on buying new releases and I’m mostly hunting for all the older shoes. However I’m developing an interest towards the Koston, Bruin and Janoski SBs, I see a lot of potential for them and I think we can expect a lot from them although most people tend to pass them and only notice the Dunks. Hopefully years from now I’ll still be collecting shoes as for now I can’t even picture myself passing by a shoe store without at least walking in for a moment, I would honestly feel so lost right now if someone told me I can’t collect shoes anymore.

Fill in the blanks. “My friends look at my collection and they…”
… either question my sanity or threaten to rob me while I’m sleeping.