For football fans like Sebastian Lim, the passion for the beautiful game endures beyond the World Cup seasons. One team, in particular, has captured his heart for decades – 48 years to be exact – and that is the Netherlands. We spoke to Sebastian about his love for the Dutch side while we checked out his extensive collection of football memorabilia! 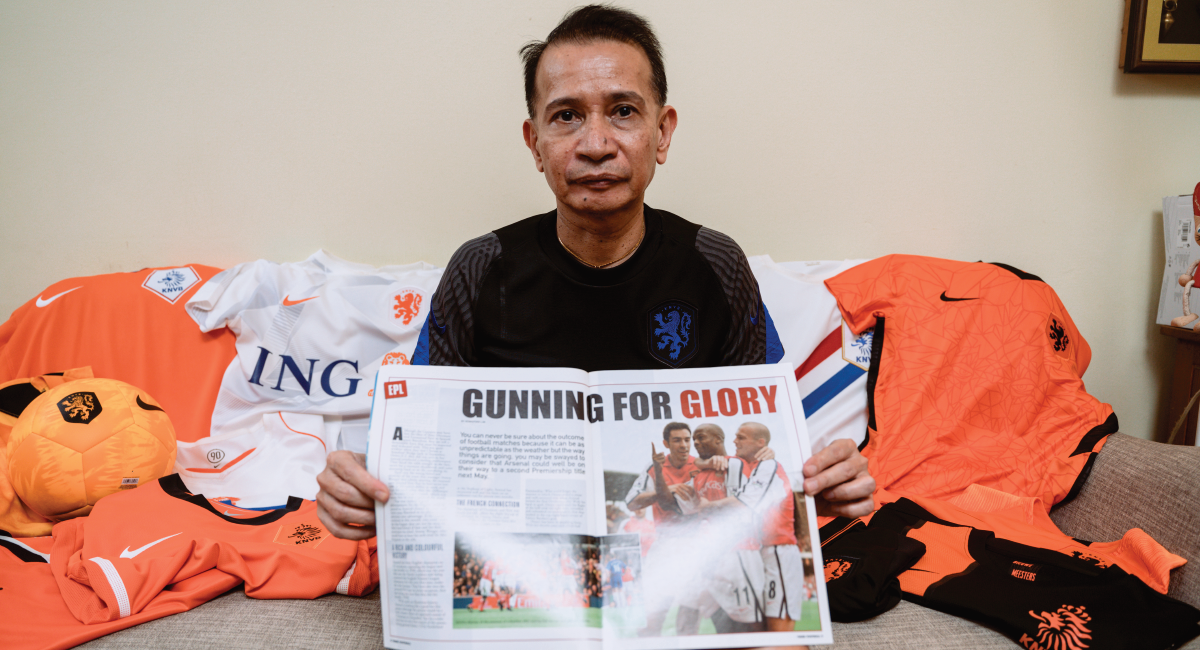 Why are you so passionate about the Netherlands football team?

It all started in 1974 during the World Cup Finals. That was the first time in Singapore that it was shown live and I saw this guy playing, Johan Cruyff. He was so mesmerizing to watch that I fell in love with the Dutch team. From then onwards I’ve been supporting them. It has been 48 years and counting!

Can you remember the first jersey you bought?

The very first one was this 1998 jersey. This is the very design that Dennis Bergkamp wore when he played against Argentina. They were tied at one-one almost towards the end of the game, but thanks to a 50-meter pass by the defender Frank de Boer and three touches by Dennis Bergkamp, we scored a goal and the score was two-one. At the time I was watching the game at the Hilton Hotel. I remember I was running along the poolside like a mad man, my wife had to stop me! 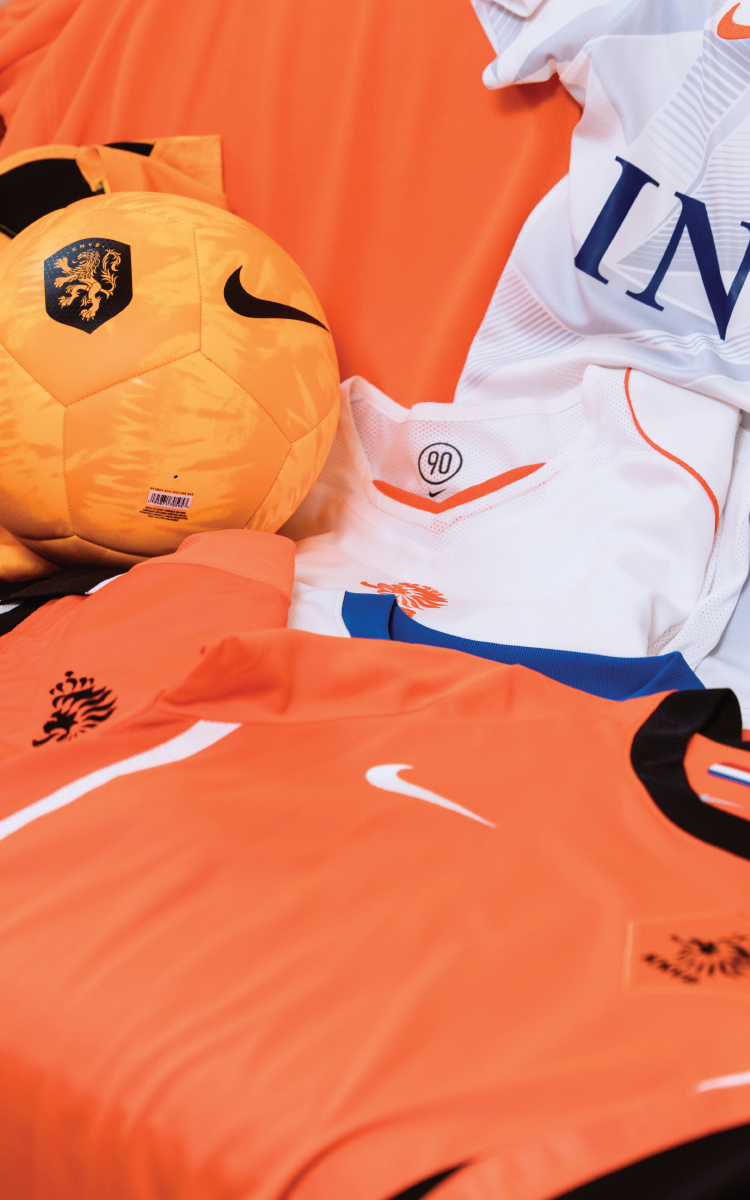 How many jerseys do you own?

I never really counted, but I think I have at least 30 or more – don’t tell my wife!

In your opinion, which is the best season Netherlands played?

In 2010, when they went to the final. Nobody thought they would get there. They played against Spain and Arjen Robben got a great chance from a defence splitting pass from Wesley Sneijder. Then he was one-on-one with the keeper. The ball seemed to be going in, but the Spanish keeper Iker Casillas kept the ball out with his lucky leg. Although we lost, the person who scored the winning goal for the Spanish team was Andrés Iniesta – also one of my favorite players – so no grudges.

Part of the reason why you’re so passionate about football is because you were a sports journalist. Could you tell us a bit about your career?

Because I love writing, I became a journalist for streetdirectory.com. I also wrote for some magazines like Tiger Football and that was when I started specializing in football. I wrote a bit for the press but most of the time, it was for Tiger Football. And I watched almost every single game that I could. In Singapore, where you’re from, people often talk about the ‘70s and ‘80s being the golden years of Singapore football. What was your experience as a fan who has lived through those years?

Before I was a journalist, in the ’70s, I used to queue up for tickets overnight on Saturday to buy the tickets on Sunday morning to watch the Lions play. That was in the ‘70s from 1975 right up to 1981. In 1980 when we beat Selangor 2-1 and Fandi Ahmad scored the winning goal, I was there. In ’81, we were the favorites to win for the first time since ’75, but we lost 4-0 – don’t ask me why. In the ‘70s, being in the stands, it was filled with a sense of camaraderie. We were united in our desire to beat Malaysia. We were all Singaporeans regardless of creed or color.

Have you become friends with any footballers?

I got to know the Singaporean player V. Sundramoorthy personally. I wrote him a personal letter after he was substituted in 1990. He invited me that year to his house for Deepavali and we became good friends. He’s now the football director in Laos. I think his bicycle kick against Brunei in 1993 was the best goal ever scored at the old National Stadium – and probably at the new one too. I don’t think we will see such a goal again. The Netherlands made it to the quarterfinals, only to lose on penalties to eventual champions Argentina, in Qatar this year. Thoughts?

We are often called the “Nearly Netherlands” in jest, but so be it. I’m a bit of a football purist – not winning doesn’t matter, but you must play football with flair. A Jose Mourinho team defending with 10 men behind a ball and winning the cup is not football to me. You must be attractive, you must be entertaining and have people want to watch you, and to me, that’s what the Netherlands brings.

What makes football a beautiful game?

The entertainment that it brings. When you watch a football game, you want to be entertained. Of course, if your team wins, that is a bonus. You want your team to win all the time. I think football has taught me a lot of things about life; resilience, never giving up and never saying never. I’m 62, I still do my 2.4km run, and I can run it under 12 minutes all because of football. When I run, I think I am a footballer.