Street culture and cars have been a mainstay of rap music over the decades. 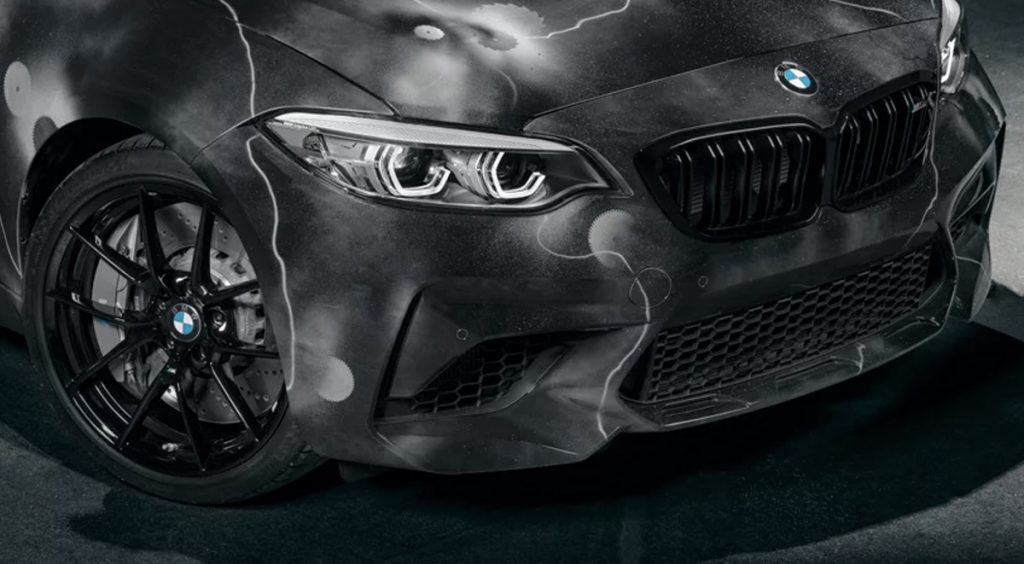 These street art car collaborations celebrate the relationship between a growing street culture and the cars that represent it.

Since the dawn of time, there have been two things you can expect from every rap music video – a grungy display of street culture and their whips. This relationship has evolved from being a way for rappers to showcase their relatability to a flaunting of newfound wealth.

In the early days, MPVs were the whip of choice, thanks to their stellar sound systems, practical design and low cost. This gave the artists an air of being “of the people” and lent authenticity to their lyrics and stories. But as they got more successful and could afford flashier rides, Chevys quickly became Mercedes Benzes and Bentleys.

Over time, these two worlds would merge, resulting in cars that celebrated the timeless union between street culture and cars. We found six street art car collaborations that exemplify this relationship. Check them out below.

Nigo is known for plastering the Bape camo print on his cars for an event or to simply make a statement. But his take on the Mercedes Benz 300SL Gullwing was truly as disruptive as it was captivating. He took the audacious Mercedes Benz racer and added his green Bape camo print all across the body of the car.

The car was custom made by Mercedes AMG, the racing wing of the German brand. It boasts plush red leather interiors and a special plaque marking the collaboration. Under the hood, the car receives a major engine swap – receiving the latest 6.0-liter V8 engine from the German racing brand.

The car made its debut at Bape Hong Kong’s 3rd anniversary but has remained hidden since. We wonder when Nigo will break it out again.

This car first showed up in the Jackboys compilation video and quickly became the symbol of Travis Scott’s upcoming album. It was even used as the album’s cover art.

The BMW received a two-tone paint job – off white on top, and light blue on the lower half of the car. A brown strip sits across the hood, behind the rally light. Right under it, a larger air intake has been carved out of the front bumper.

As an homage to a proper race car, the BMW is also dotted with brand decals – some are actually Cactus Jack branded stickers. The car is topped off with a large spoiler at the rear, large gold BBS rims and blacked-out windows to complete the racing vibe.

The Travis Scott x BMW E30 M3 was auctioned off, with proceeds donated to charity.

Aimé Leon Dore worked together with Porsche to restore a timeless classic – the 911 Carrera Type 4 (Type 964). The main focus of the ALD x Porsche collaboration was the interior of the car, which featured the same Schott sunflower leather and Loro Piana houndstooth used in ADL’s Fall/Winter 2020 collection.

The bespoke seats were carefully done up by Recaro, one of the best sports seat manufacturers in the game. To add a final touch of luxury, the frunk (aka front trunk) is lined with the same fabrics used in the interior. The car’s exterior is painted in the same special hue of white as the exterior of the ALD flagship store on Mulberry Street in Manhattan.

The ALD x Porsche 911 collaboration restored a classic Porsche sports car with an interior fitted with some of the best materials used today. The car made its official debut at New York Fashion week before going on show at the Jeffrey Deitch gallery.

Staying true to his “destroy to create” style, Daniel Arsham creates an eroded Porsche 911 that was a part of his “The House” exhibition. The exhibition explored a family home in 3019, with real household items and decorations up for sale.

The car comes fully painted in a matte white, including the rims. Small black trimmings are seen on the rear defuser, front intakes and bumper trims surrounding the car.

The most noticeable elements are the corroded segments on the door, hood, wheel arches and rear bumper. These openings expose gems and crystals “hidden” within the car, a common trope in Daniel’s work.

The modified body panels encase a functioning Porsche 911, so you can technically drive it out of the exhibition.

You can check out the Daniel Arsham x Porsche 911 at the Selfridges department store in London as part of his “The House” exhibition.

Known for his edgy use of colors, shapes and kinetic art, Futura puts a hand-painted spin on the BMW M2. Three of these hand-painted BMWs will be created – one kept by BMW and two to be sold off at an auction. Through the collaboration, BMW hopes to highlight the rebellious nature of the car – built to go fast and take on larger, more expensive competitors on any track.

Futura’s hand-painted lightning inspired designs shine on the car’s glossy black body. These designs will inspire an upcoming run of 500 cars that will come with hand-painted rocker panels, front, and rear bumpers. These 500 cars will go on sale for US$69,000 (approx. S$96,762.15).

Skylar Grey’s street art style that juxtaposes symbols of high culture like Chanel and Louis Vuitton with that of pop culture like Minnie Mouse and Popeye is credited for his quick rise to fame. He’s been getting acclaim for his art since he was 13, earning him the nickname “the Fresh Prince of Street Art”.

He recently worked with Lamborghini to take its outrageous Aventador S and turn it into a drivable work of art. The artwork highlights the unbridled power associated with the supercar, which is represented by bulls blasting out of cans.

The collaboration was a year in the making, with the artist working closely with an internal team of technologists and specialists in painting, logistics, assembly and quality to create the car we see above.

The Skylar Grey x Lamborghini Aventador S has been bought by an art collector.

Which of these street art car collaborations would you want in your garage? Share your choice in the comments section.

Hiroshi Fujiwara reveals a new colorway for the Fragment x