A man has turned Supreme’s latest advertising posters into a money-making opportunity, tearing them down and selling them to the highest bidder. 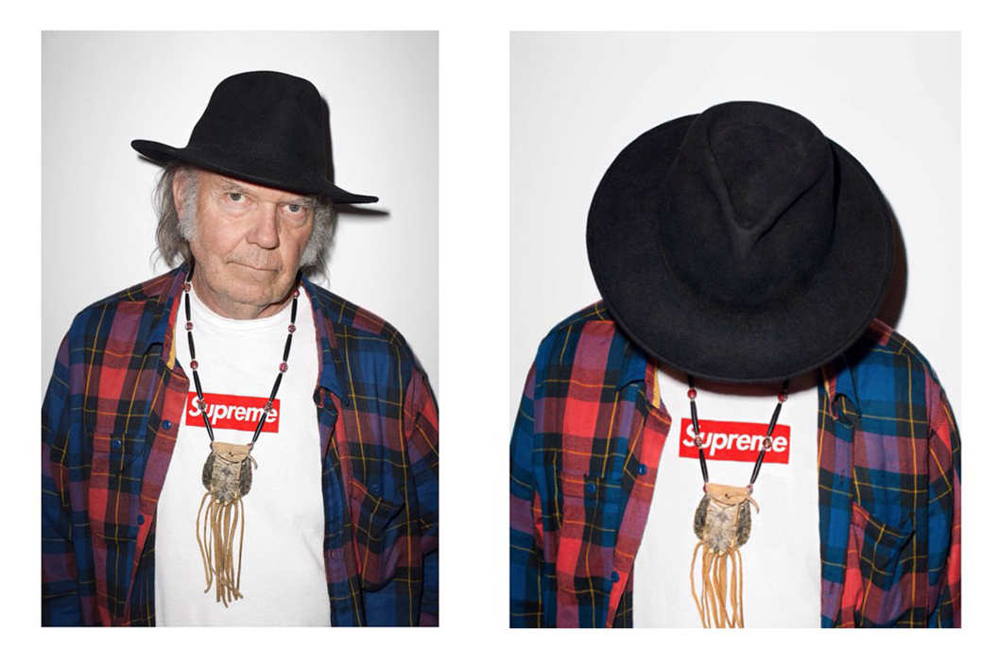 Supreme, the New York streetwear label that prides itself for going against the grain with its guerilla-style advertising and small product runs, certainly did not see this coming: Posters of their new campaign being taken down from the streets and sold on eBay for instant profits. The man responsible for this is a 28-year-old graphic designer who goes by the handle “thesecretsquirrel1” on eBay.

It’s common knowledge that Supreme uses wheat-pasted posters as its sole method of advertising, sticking them in and around New York City to garner attention. The latest campaign posters feature a photograph of folk rocker Neil Young in Supreme threads and was shot by famed photographer Terry Richardson. When “thesecretsquirrel1” chanced upon one of the freshly-pasted posters, he decided to peel it off and bring it home.

“I just walked over and touched one and it was still sopping wet with paste, so I peeled it down, and it came right off. I was like, ‘Cool, I got one’,” he told NY Mag.

As someone who’s ambivalent towards the Supreme brand, the Secret Squirrel opted to flip the poster off on eBay for some cash. 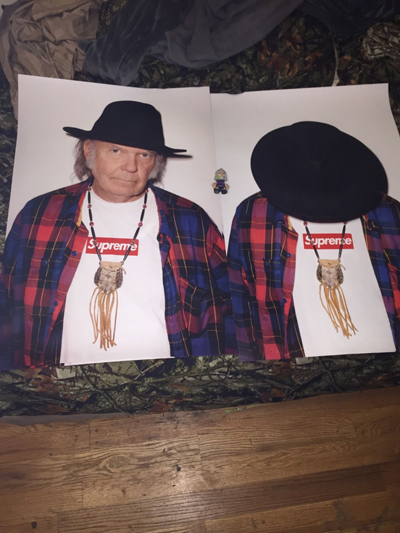 Mint condition or not, these posters are popping up on eBay (Image via eBay)

A quick check on eBay saw a listing for a similar poster going for US$150, and that’s when he decided to go scurrying for more, eventually peeling off 25 similar pieces with ease. Prices for each poster vary, depending on condition. The Secret Squirrel has also put together a three-poster pack which he targeted to sell at US$450, eventually only receiving a winning bid of US$58.

Competition is stiff; despite claims from the Secret Squirrel that “you can’t buy these anywhere else”, another seller has put up two similar Supreme x Neil Young posters, describing them as “brand new, not peeled down, no wrinkles, clean and crispy” and putting a US$200 price tag on them.

But the Secret Squirrel, knowing that these posters vary in quality, has developed a strategy of his own. “Only like 10 of the 25 are in really good condition, so I’m gonna list one in really good condition and one that’s really fucked up at the same time, and that way, someone who’s a cheapo can get a fucked-up one, and if they wanna spend a little more, they can get a crispy one,” he told NY Mag.

Whether it’s mint or bin quality, one thing’s for sure: this episode gives “Heart of Gold’ a whole new meaning.