Top 10 Air Jordans to ever be released

Top 10 Air Jordans to ever be released

Esh. S February 22, 2021
The products featured in this article are from our affiliate partners. We do our best to curate items that are relevant to you.

Jordan Brand has released some of the most recognizable silhouettes that continue to be incredibly sought after till today. Here are the top 10 Air Jordans of all time, in our opinion. 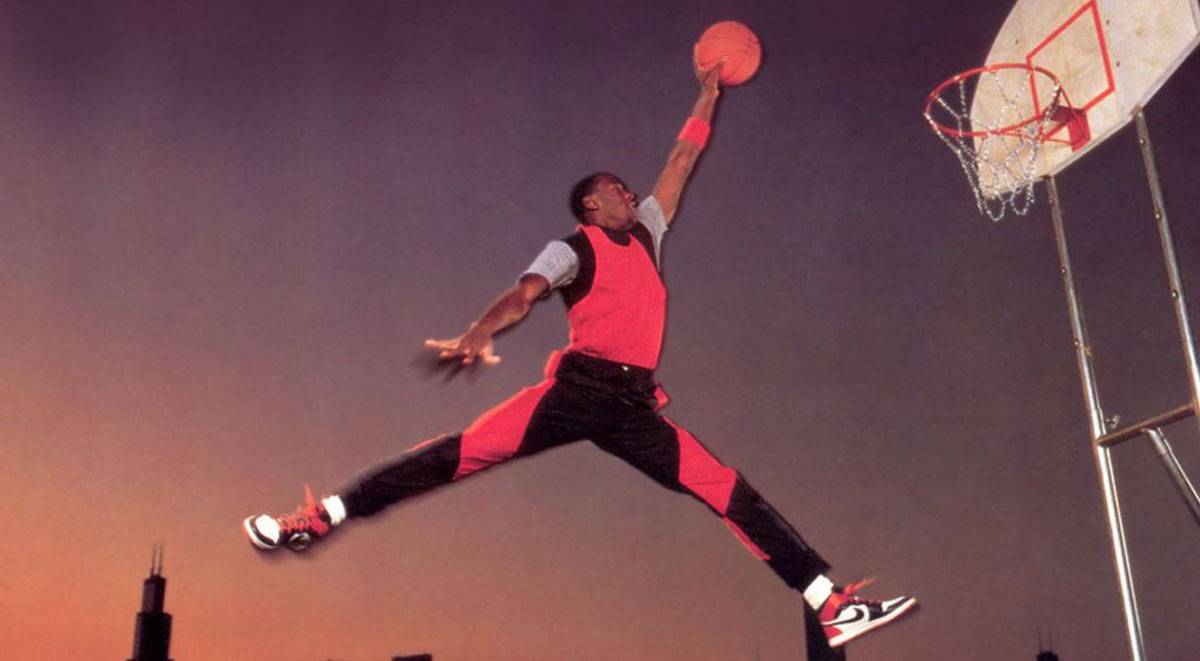 February 17 marks the day that the GOAT Michael Jordan came into the world. Jordan would go on to play 15 seasons in the NBA, clench six championships with the Chicago Bulls and launch one of the most successful sneaker brands in the world — Jordan Brand. In commemoration of his birthday, legacy and success, we’ve gone back in time and selected, what’s in our opinion, the top 10 Air Jordans to ever be released. The Air Jordan 1 launched Nike into the public consciousness. The sneaker’s reputation in the NBA, eye-catching colors and MJ’s gravity-defying jumps made it one of the most recognizable and enduring sneakers to ever release. It has been 36 years since it dropped and it still sells out every time it restocks. Need we say more?
Shop now: StockX | Farfetch Often seen as the sneaker that kept MJ with Nike, the Air Jordan 3 was designed by Tinker Hatfield and convinced Michael Jordan to stay on with the Swoosh. The sneaker’s leather upper, mid-cut silhouette and elephant print won over the young MJ and he has not turned back since.
Shop now: StockX | Farfetch The Air Jordan 5 might be one of the best-looking sneakers on this list. Its oversized reflective tongue, asymmetrical ankle collars, fighter jet-inspired midfoot print and translucent outsole are timeless and undeniably good looking. Plus the forefoot and heel visible air units make them comfortable to wear.
Shop now: StockX | Farfetch The Air Jordan 6 stepped onto the NBA courts during MJ’s prime and bore witness to some of his greatest achievements – his league scoring title, first-team spots on All-NBA and All-Defensive teams and MVP honors. It also received a radically new design that won over fans. Till today, many OG Jordan-heads make it their life’s mission to seek out the Infrared colorway of the AJ6.
Shop now: StockX | Farfetch 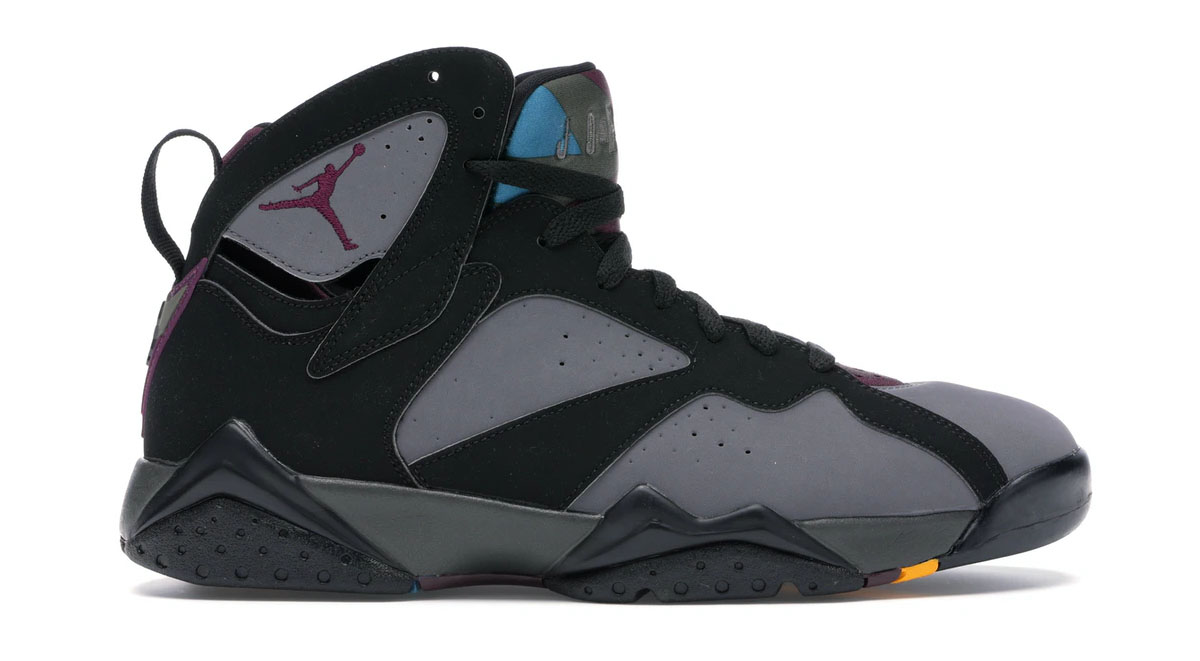 The Air Jordan 7 built on the popularity of the Air Jordan 6. Its design is clearly taken from its predecessor, but it offered a new neoprene booty construction that offered better lockdown and a sock-like fit. Bugs Bunny added more hype to the mix when it rocked the AJ7 in ads – pushing it into the mainstream.
Shop now: StockX | Farfetch The Air Jordan 11 has been one of Jordan Brand’s most consistent sneaker releases, with each new colorway selling out instantly. The sneaker’s blend of patent leather, mesh and icy blue outsole makes it hard to resist, so hard to resist that people were literally robbed of pairs as soon as they stepped out of stores.
Shop now: StockX | Farfetch Most commonly associated with the flu game — the match which MJ played while suffering from food poisoning — the Air Jordan 12 has earned its spot as one of the most memorable AJ silhouettes. Its Japanese-inspired textured leather upper, metal lace eyelets and contrasting snakeskin panel set it apart and makes it easy to wear daily. Plus, its comfortable lining and cushioning makes it a great hoop sneaker.
Shop now: StockX | Farfetch The Air Jordan 13 draws a lot of inspiration from MJ’s nickname, the Black Cat. The midsole was designed to look like feline paws and the outsole mirrors a cat’s paw print. Completing the silhouette are the hypnotic holographic eyes at the ankle collar.
Shop now: StockX | Farfetch 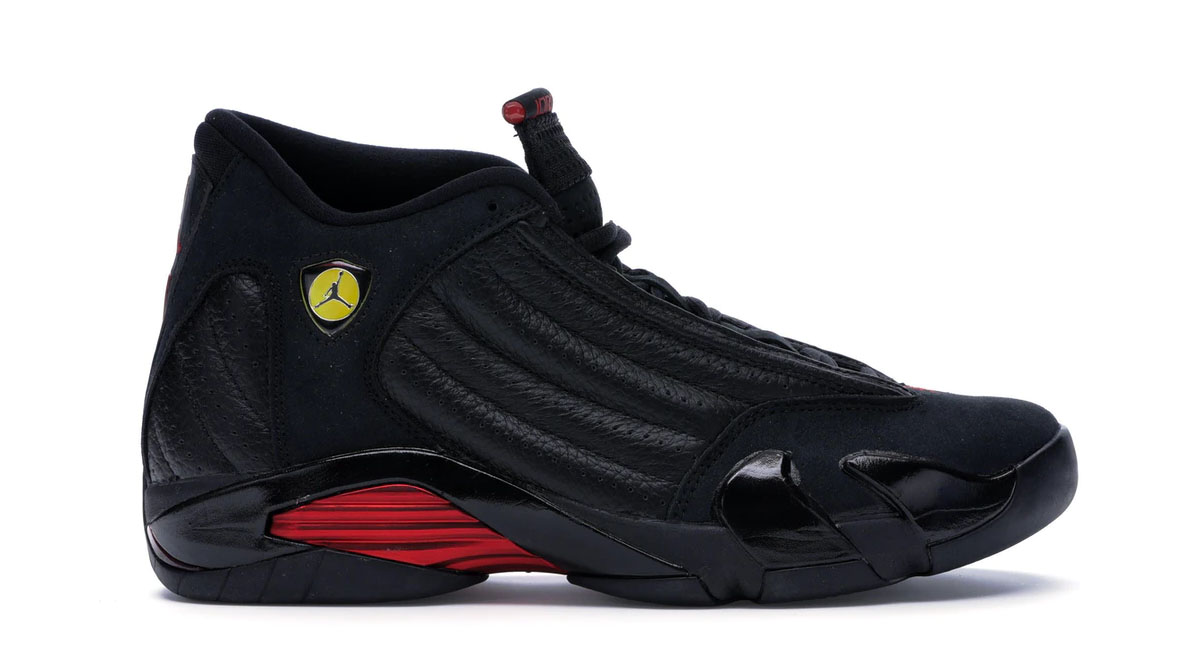 One of the most underrated sneakers in the lineup, the Air Jordan 14 directly references the Ferraris that MJ loved. The angular lines on the midsole, crafted leather upper and Ferrari-like emblem on the heel make them a real head-turner.
Shop now: StockX | Farfetch The Air Jordan 33 arrived just as we saw a revived interest in Jordan Brand — not that it ever was lost, but it was the first time a modern release drew as much attention as a retro restock. Its AJ3 inspired design features massive upgrades including Nike’s groundbreaking FastFit lacing system. Its jaw-dropping design and revolutionary approach to basketball sneakers makes it a model we had to include in our Top 10 Air Jordans list.
Shop now: StockX | Farfetch