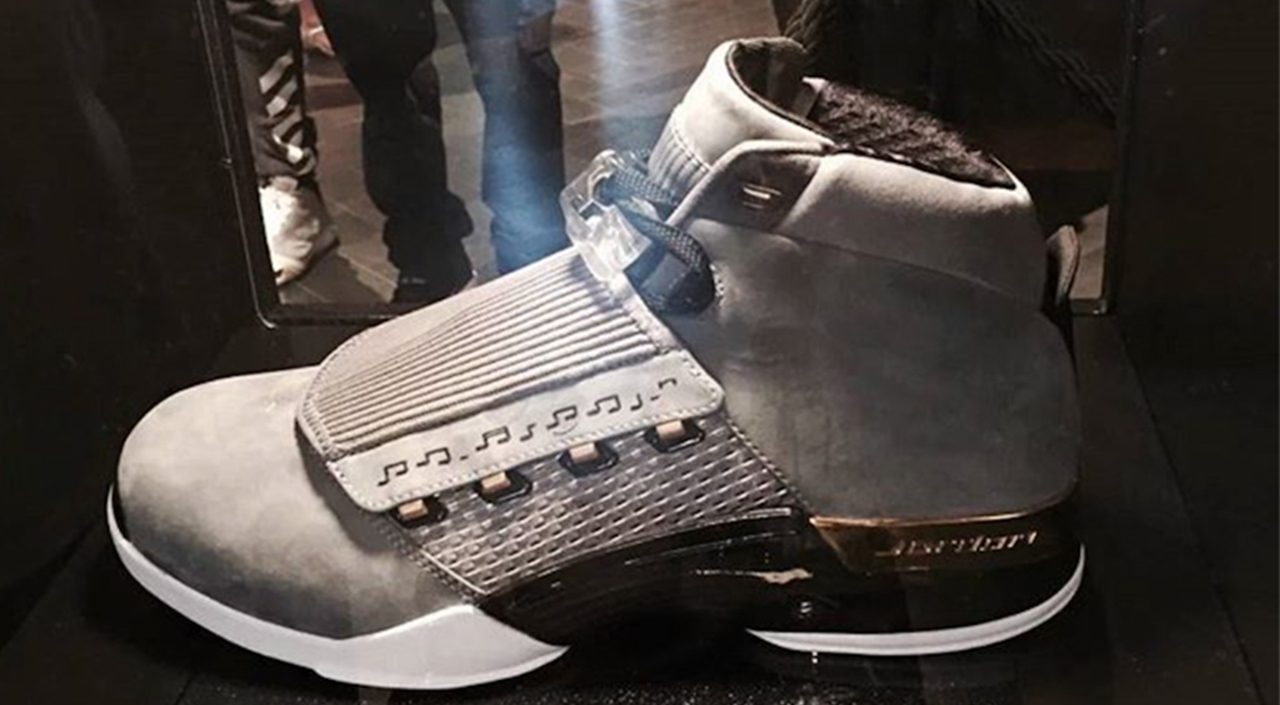 The Trophy Room x Air Jordan 17 collab is not just a rumor anymore.

Marcus Jordan, founder of Trophy Room and son of Michael Jordan, has confirmed rumors about the Trophy Room x Air Jordan collab. If we’re not being clear: it’s on.

The junior Jordan took to Twitter to reveal news of the collab between Jordan Brand and his footwear boutique on October 2.

In the tweet, Jordan revealed that the collab could drop anytime this month. View the full tweet below:

Trying to bring a @TrophyRoomStore Retro to y'all this month🏆👀

Much of the collaboration is still shrouded in mystery, but Sneaker Bar Detroit suspects that it will involve the new Air Jordan 17. Why? The website takes cues from a photo of the Air Jordan 17 silhouette that Jordan teased on Snapchat back in May 2017 (image below).

If the AJ17 Jordan teased on Snapchat is the real deal, it seems the upcoming Trophy Room x Air Jordan collab will come in a gray/gold colorway. Details on the footwear include a series of musical notes painted onto the shoe upper as well an etchings on the side of its gold detailed heel.

In addition, Jordan also noted that the sneakers will be a one-day exclusive, making it a pretty tough cop.

Keep an eye out on Trophy Room’s Instagram page for more information, or be prepared to take the L.

Read More: A Remastered Air Jordan 3 Mocha Could Drop in 2018