According to the New York Post, Chase Reed, the teenager who founded his own sneaker pawn shop business has been outed to be a phony. 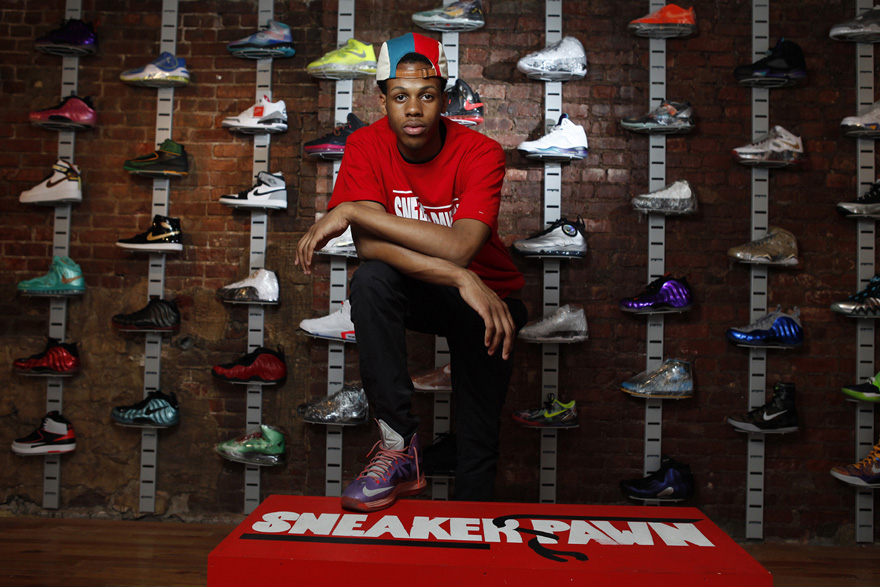 Remember Chase Reed, the kid who supposedly owned the world’s first sneaker pawn shop? According to this latest report, it was all a bluff.

Damon Taylor, an ex-partner in the Harlem-based shop, claims that Reed was just a phony front man for Sneaker Pawn. The teenager’s dad, Troy, had wanted a “hip, young presence” for his business.

“We took his son and put his son as the face,” Taylor said to the New York Post. He added that the 200 pairs of sneakers in Reed’s collection actually belonged to someone else.

Adding fuel to fire, former employee Damaries Negron said that the store did not collect sales tax during its initial months of operations, nor did it pay her due wages, offering a share of the business instead.

Troy Reed still insists that the business is his son’s, and that workers are paid weekly. “If we made some money that week, they would get paid,” he said. But he admitted to paying no sales tax, saying he had yet to file with the state.

The future of Sneaker Pawn, now being investigated by the Manhatten District Attorney’s office, hangs in the balance.

Meanwhile, there’s still at least one legitimate sneaker pawn shop out there, and it’s based in Manila, Philippines. Antonio Aguirre Jr., owner of sneaker pawn shop Sole Slam Concept Store, has been running it for over three years.

When news of Sneaker Pawn first broke over a year ago, we immediately reached out to Aguirre for his comments. We asked if he had contacted the New York Post to clarify that Sole Slam had been in operation long before Sneaker Pawn’s existence, to which he responded with some choice words, “I really don’t have the time to do that, to reach out to them. If they reached out to me, I can make time for that. Everybody’s gotta do what they gotta do. At the end of the day, it’s just business, and it’s just about shoes.”